The star covers the new issue of Rolling Stone, wearing spray-on shorts and giving the magazine an inside look at some of her more dirty habits.

"I like to take charge, but I love to be submissive," she tells the magazine. "Being submissive in the bedroom is really fun. You get to be a little lady, to have somebody be macho and in charge of your s**t. That's sexy to me. I work a lot, and I have to make a lot of executive decisions, so when it comes to being intimate, I like to feel like I'm somebody's girl."

And she doesn't mind being, well, coerced into that submission. "I like to be spanked. Being tied up is fun. I like to keep it spontaneous. Sometimes whips and chains can be overly planned - you gotta stop, get the whip from the drawer downstairs... I'd rather have him use his hands."

Unfortunately, Rihanna says, she hasn't been with anyone since she broke up with LA Dodgers star Matt Kemp in December. It's disappointing, she says, especially "being in this body," but she does have ways to cope with it.

Some photos, though, she hasn't received in a while, either. "I haven't gotten a d*ck picture in a long time. I think people are a little afraid. It can turn out bad."

For much more from Rihanna, including talk about her childhood and her former relationship with Chris Brown, click over to Rolling Stone. 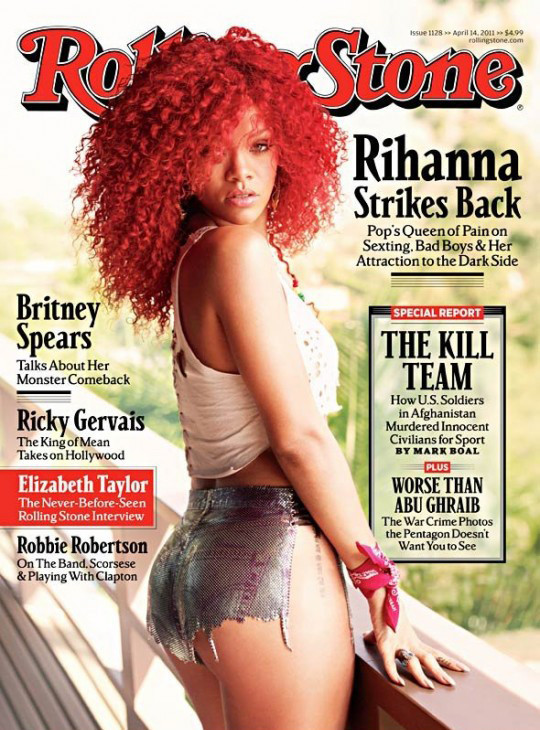