Rihanna, who has been laying low since her Grammy-weekend blowup with, and alleged assault by, Chris Brown, has a new gun tattooed on her body.

Rihanna, who also has "Shhh" tattooed on a finger, a Maori design on her right hand and stars behind her ear (that match stars behind Brown's ear) brought tattoo artist Bang Bang out to LA for her latest ink.

He posted some photos and commentary on his MySpace page, where he wrote that she flew him to LA for one day and put him up at the Roosevelt so he could add to her body art.

Under the first photo, with the guns drawn on each shoulder as seen below, Bang Bang writes, "i really wanted to put it here... she loved em.. .but, cover girl wouldnt have liked it much... and they pay the bills!" 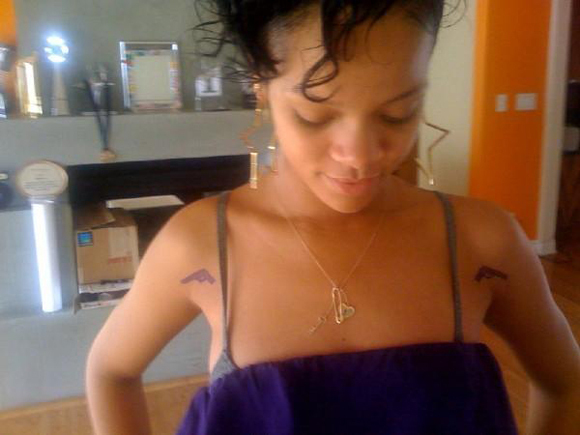 But she ended up getting them on the side of her ribs, under her arms, "ended up doing it on her ribbs... " as seen here: 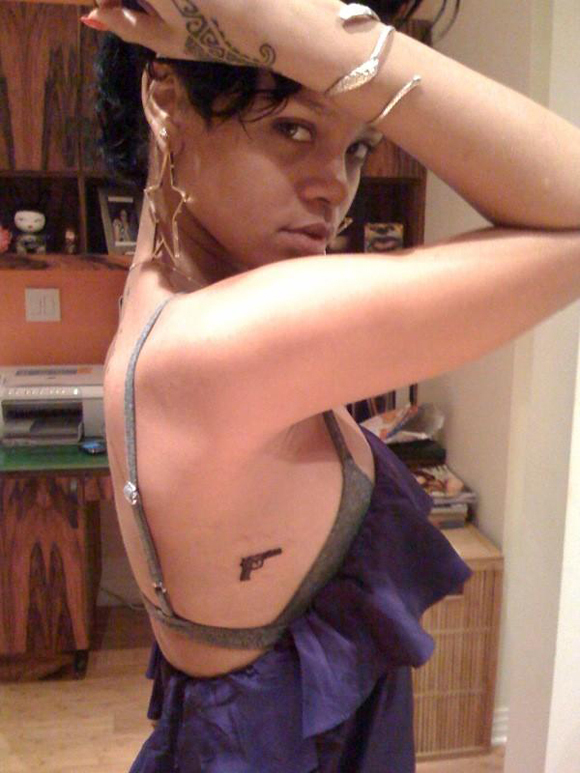