Remember when Rihanna stepped out in that teal explosion of feathers?

Apparently it wasn't just fashion bloggers who weren't keen on the look. PETA had its issues with Rihanna's outfit as well.

The Daily Mail reports that the ostrich feathers that covered the entire top have angered PETA activists, as the feathers might have been collected in a cruel or harmful way -- possibly while the animal was still alive.

A PETA spokesperson spoke to the Daily Star about Rihanna's offense, taking this interesting tack: "We keep hoping that Rihanna, a victim of violence herself, will learn to open her heart and start empathising with the suffering of others."

Apparently Rihanna is quite the repeat offender -- PETA called out the star for wearing "foxes, cows and reptiles," who's appeared in all sorts of fur over years (although we wonder if items like this crazy hat were faux or real).

Guess Riri won't be the next celeb stripping down for the animal rights organizations, which loves its celebrities and models. Christy Turlington, Christina Applegate, Alicia Silverstone and dozens more have posed in PETA's "I'd Rather Go Naked Than Wear Fur" ads. Designer Stella McCartney has also been a huge fashion advocate of the cause.

Read more from the Daily Mail and the Daily Star. 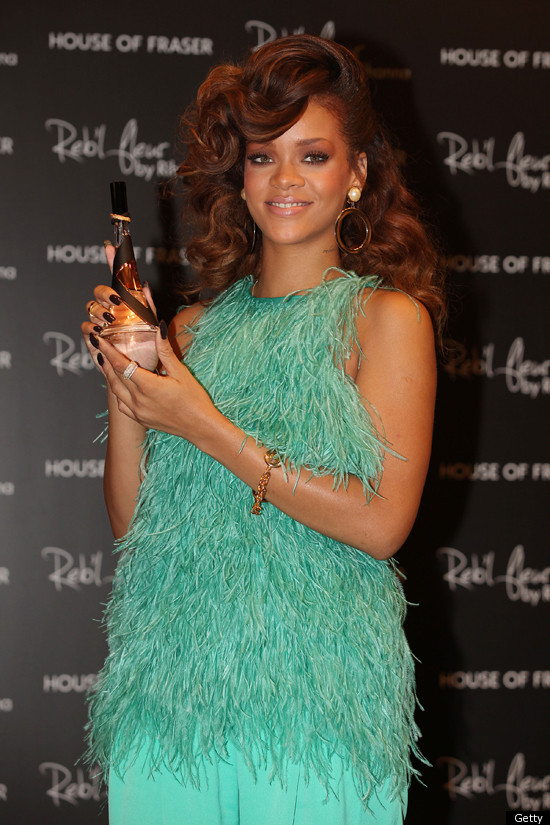