Rihanna owned the red carpet at the 2015 Met Gala on Monday night in her lengthy gold cape, looking nothing short of royalty. But as the evening went on, the clothing came off, as shown by Beyoncé and Kim Kardashian's barely-there dresses.

And all queens need to shed their cloak when it's time to party. RiRi decided to join the sheer trend later on in the evening when she stepped out for a Met Gala after-party at Up & Down in New York City's West Village. The "American Oxygen" singer opted for a black sheer top with fur along the edges. 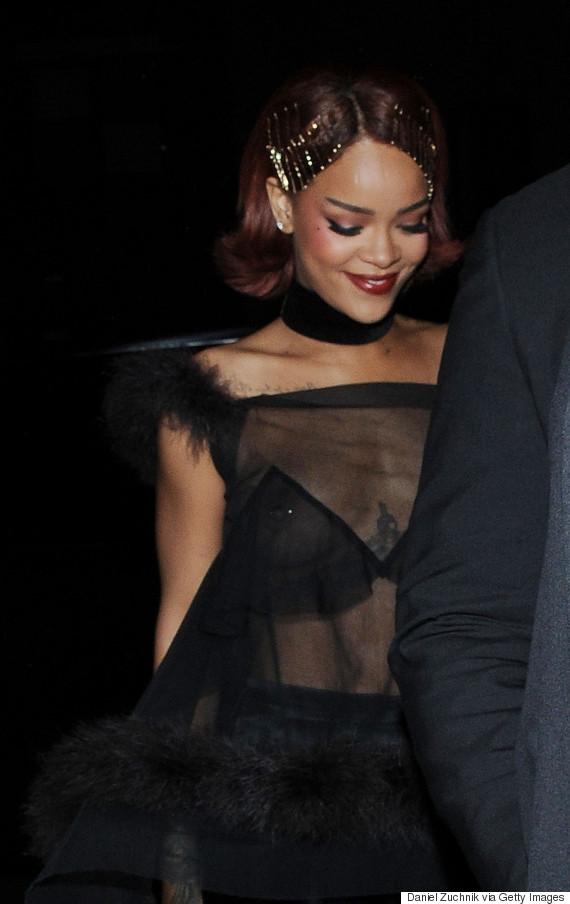 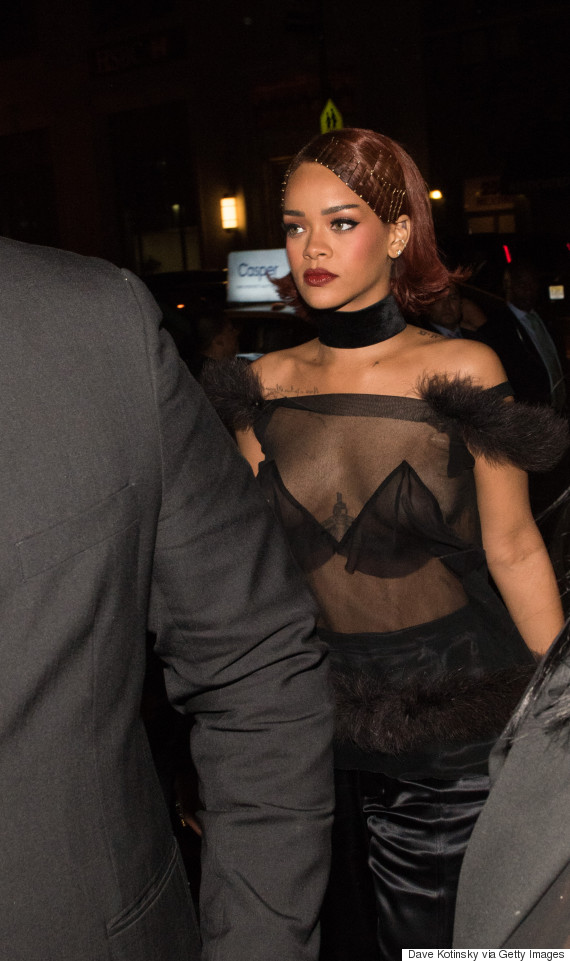