Just when we thought seeing Chris Brown shirtless in bed was enough, Rihanna posts a topless photo on Twitter.

Earlier in the weekend, RiRi tweeted a photo of her ex-boyfriend Chris Brown, 23, lying in a bed surrounded by a "Simpsons"-themed blanket, and commented, "#BartObsessed."

Sadly though, Brown deleted his Twitter account after unleashing an attack on comedy writer Jenny Johnson, sending her vulgar tweets after she called him "a worthless piece of s**t."

Check out the rest of the NSFW Twitter battle HERE.

And see Rihanna's risque photo below: 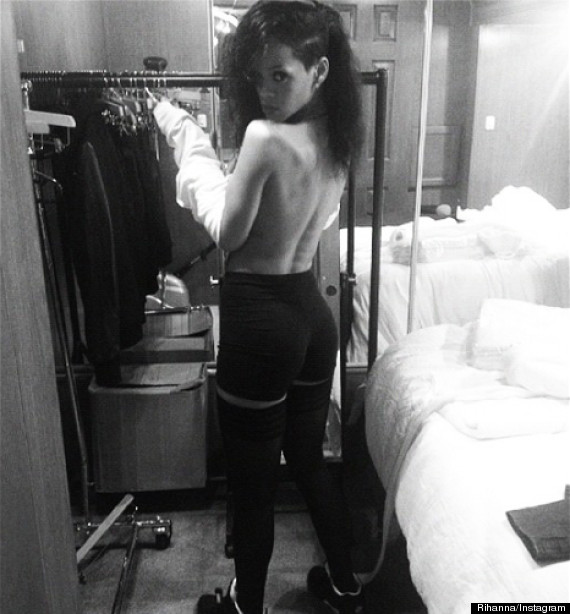