Rihanna is a big fan of Topshop, splurging on clothing at the Oxford Street store and palling around with Topshop heiress Chloe Green. But the relationship might be turning sour, as the New York Post reports that Rihanna is suing the British retailer for $5 million.

According to a "source," Rihanna has been negotiating with Topshop and its parent company, Arcadia Group, over a shirt that uses her image (presumably this one). Topshop claims to have purchased the photo of Rihanna from the photographer, but "they do not pay the artist licensing fees."

And we assume Rihanna would like to benefit from the sale of, well, her own face.

We've reached out to Topshop for comment and will update should we hear back. In the meantime, neither Rihanna nor Topshop have made any mention of the dispute on their Twitter accounts. But it wouldn't be the first time the singer found herself in a legal mess. There was the suit over her Beverly Hills mansion, a settlement with photographer David LaChapelle over "copied" photographs, a 2012 lawsuit against her accountants for mismanaging her finances... you get the picture.

Stay tuned for more updates on Rihanna's latest legal battle and check out one of Topshop's current offerings below. 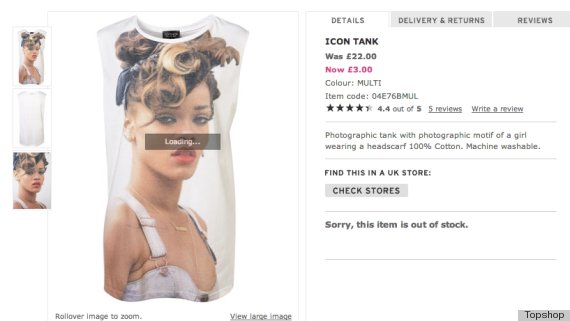 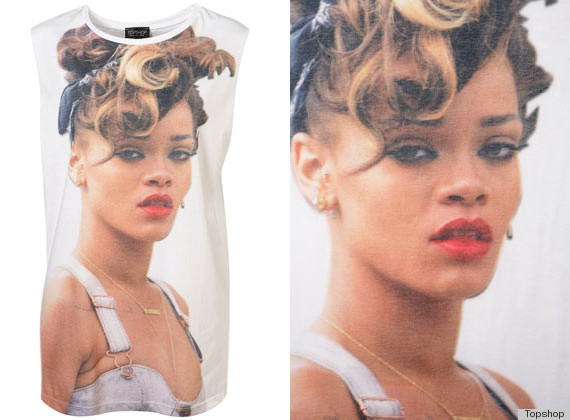