Kneel before Queen RiRi. In her most recent cover story for V Magazine, Rihanna admitted what every high-profile celebrity would probably kill to say. When asked about privacy, she told V, "Do I even give a dick about that anymore?” 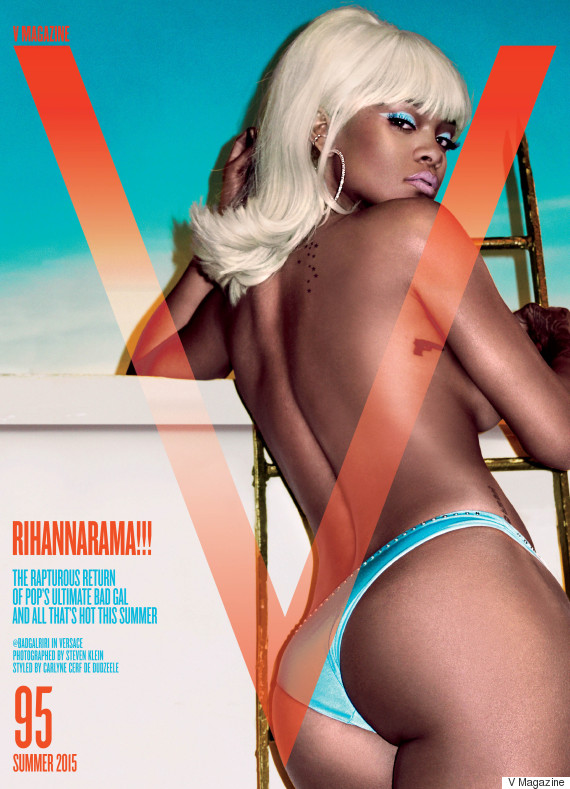 She does, however, care about her new music. “Dude, I’m in love with my interludes. This one called ‘James Joint' is on constant repeat," she told the magazine. "[The album is] soulful and aggressive, whether it’s lyrically, musically, or just the tone of my voice.” It'll feature a few songs that have already come out including, "Bitch Better Have My Money," "American Oxygen" and "FourFiveSeconds," which she collaborated on with Paul McCartney and Kanye West. 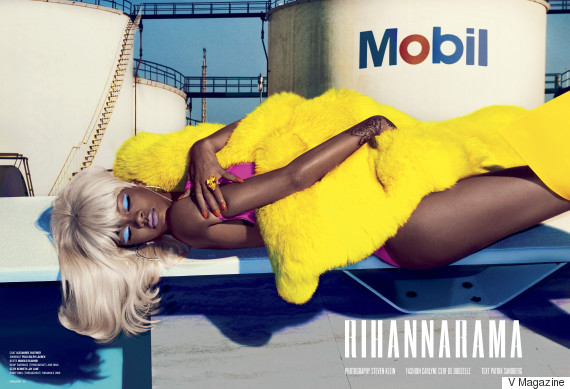 “The thing that made me fall in love with [‘FourFiveSeconds’] is the juxtaposition of the music and the lyrics," she told V. "When you read the lyrics it’s a completely different song than what you are hearing. The music is easygoing, but the lyrical content is very loud and in your face. In performing this, the key was to make sure the aggression wasn’t lost.” 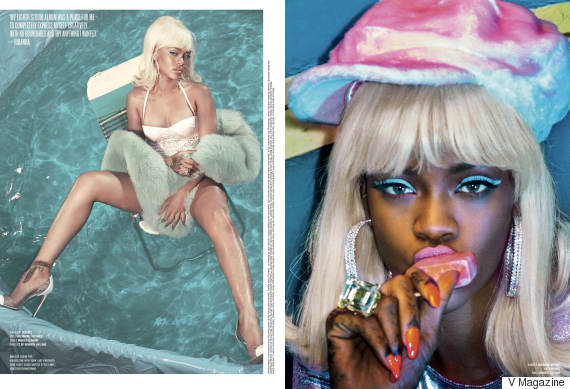 For more with Rihanna, pick up the new issue of V Magazine, on newsstands May 7. (All photos credited to Steven Klein. Styling by Carlyne Cerf de Dudzeele.)