**Scroll down for video and stills**

In her new video for 'Rockstar 101,' Rihanna explains how to be a rock star. It involves wearing blackface, nothing but chains, a horned hat, an Elizabethan collar and an Anna Wintour wig, and fronting a band that includes Travis Barker.

At one point Rihanna dresses as Slash, who plays guitar on the track. The former Guns 'N Roses guitarist told MTV News that he was also supposed to appear in the video, but his album was coming out and he didn't have time. He doesn't think that hurt the end result.

"The video is way better with her being me than with me being me," he said. "All things considered, it brings an element of sexuality to it that I probably wouldn't have been capable of. I think it's hot, and I sent her a text this morning telling her it was definitely hotter with her doing it than with me doing it." 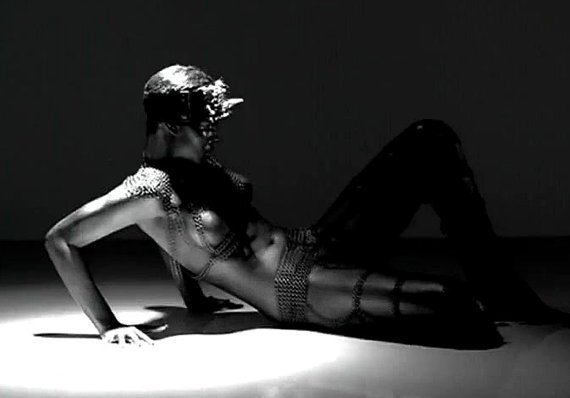 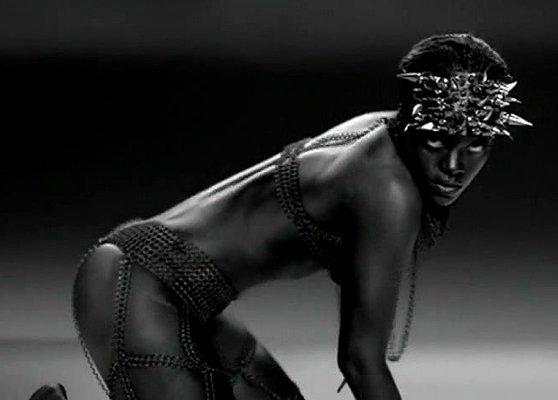 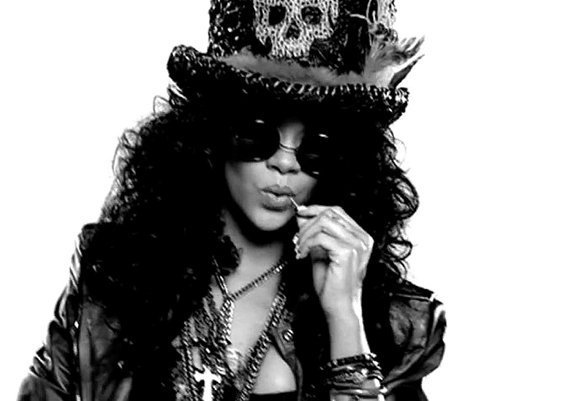