The rumors have proven true: Rihanna has landed the November cover of Vogue. Photographed by Annie Leibovitz, the oft-controversial songstress poses on piles of hay and dusty desert floors at the Tejon Ranch in Lebec, California (wearing dresses costing five-figures, of course). It's her second time covering Anna Wintour's glossy, having posed all Little Mermaid-like for the April 2011 issue.

Although she appears pretty sullen and uncomfortable on the cover, the cover line reads, "Red-Hot Rihanna: 'I Love To Have Fun.'" That we knew, considering her consistent appearance in tabloid headlines for, say, doing drugs off someone's head at Coachella or supposedly getting kicked out of a London club for dancing on a glass table.

Most recently the headlines focused on her supposed lip-lock with... yup, you guessed it: Chris Brown. The Vogue article does make mention of Rihanna's ex-boyfriend, who pleaded guilty to assaulting her in 2009 and has since worked on rebuilding their relationship. But Vogue takes a fairly non-confrontational approach to the whole issue. "They haven’t seen any progress in our friendship," Rihanna says of those who criticize her relationship with the abusive Brown. "They can’t see what I see, unless they’re sitting in my point of view."

Also, that "I Love To Have Fun" headline really just makes no sense.

Check out Rihanna's November cover below and click over to Vogue.com to read the full article. 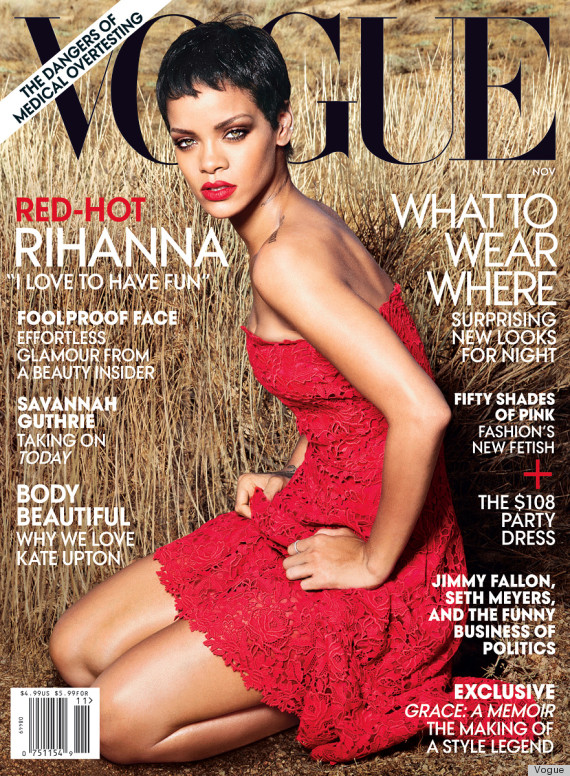 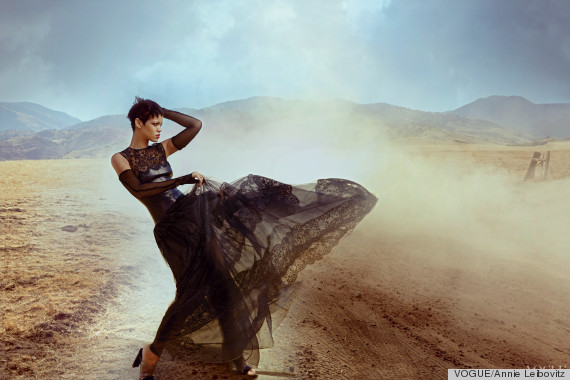 US Presidential Election 2020
Breaking news, analysis and the latest polls on the presidential race from HuffPost’s politics team
See More
Voting Made Easy
Register to vote and apply for an absentee ballot today
Register now
More:
Voguerihanna fashionVideoRihannaStyle
Newsletter Sign Up
An essential daily guide to achieving the good life
Subscribe to our lifestyle email.
Successfully Subscribed!
Realness delivered to your inbox