A new program at New York City’s Rikers Island jail complex is bringing juvenile inmates and shelter dogs together in a plan to teach the teens responsibility and ready the canines for adoption.

“This program teaches adolescents how to be responsible and nurturing, so they can be better members of their communities after they leave our custody,” NYC Department of Correction Commissioner Joe Ponte said in a press release earlier this month.

Nicknamed “Rikers Rovers,” the program allows a dog from an NYC Animal Care and Control shelter to live inside a housing area at the Robert N. Davoren Complex (RNDC) — a facility for juveniles who are awaiting trial — for nine weeks. There, the 16- and 17-year-olds are responsible for walking, feeding, socializing and training the dog. After that, the dog is ready to be adopted to a permanent home. 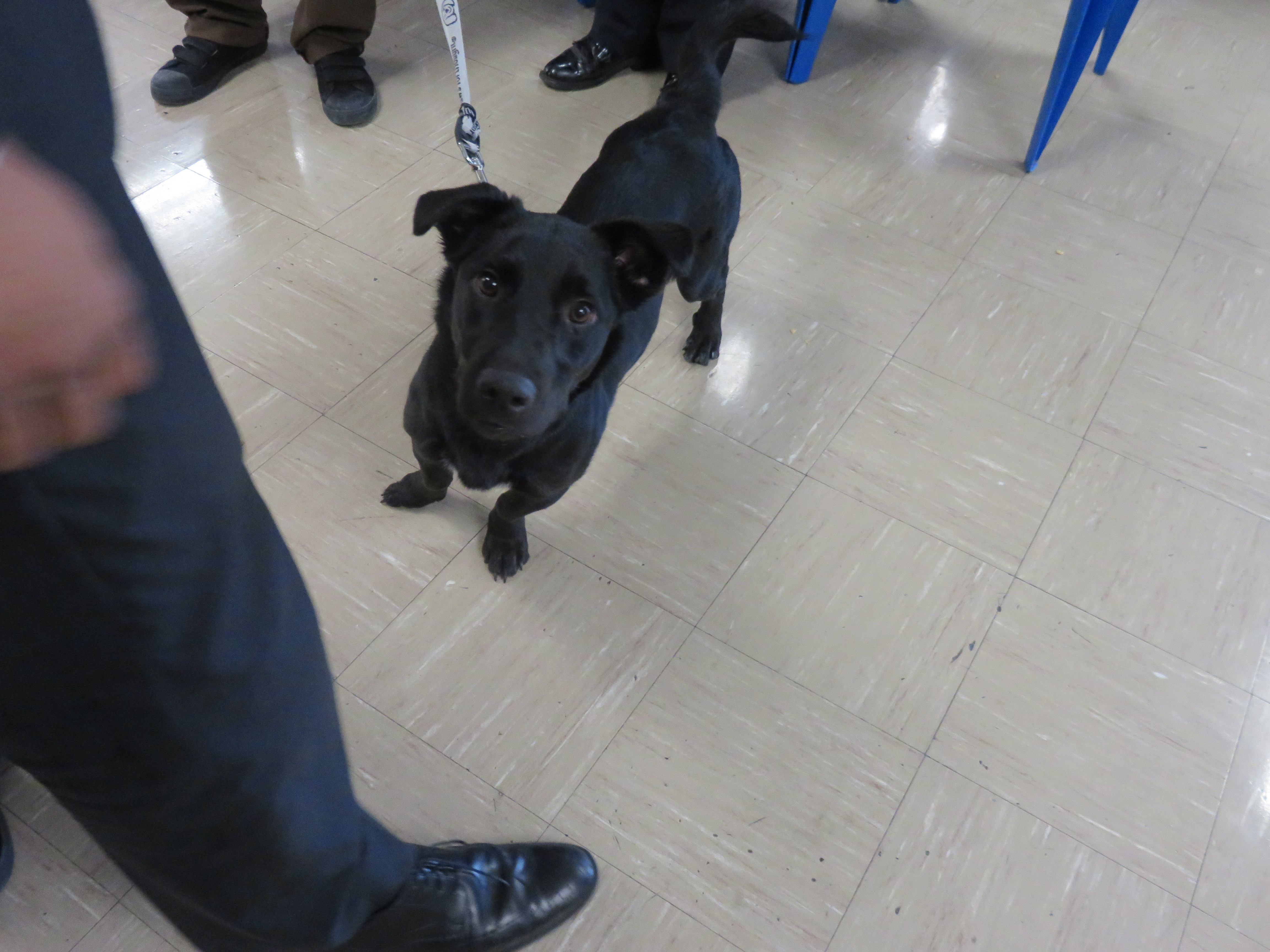 The dogs are selected by Animal Care and Control of NYC, which also provides the necessary food, training, supplies and vet care for the animals.

Ace, a 1-year-old black lab mix and the second dog to participate in the program, arrived at RNDC in March. He goes for walks four times a day and appears happy, according to the New York Daily News.

“The kids are so excited," Winette Saunders, Deputy Commissioner for Youth Offender Programming, told The Dodo this week. “Just the thought of having the dog live within the facility.”

Saunders explains that the teen inmates who apply to be primary or secondary caretakers undergo a rigorous screening process before being selected. Those teens must attend obedience classes with the dog, while the other kids in the unit help out with other day-to-day tasks.

New York City Mayor Bill de Blasio praised the program, which is part of a larger anti-violence agenda at Rikers, at a March press conference. A 2014 Department of Justice report said the RNDC in particular was "one of the most combustible environments at Rikers, ill-equipped to cope with adolescents who are often belligerent and suffer from a wide range of mental illnesses and behavioral disorders."

At the March conference, de Blasio cited some of the program's successes. “There’s a young inmate who previously did not seem like his life was going to go in any good direction, and he was not known for being particularly responsible, but he got selected for the opportunity to train and care for a rescue shelter dog,” he said. 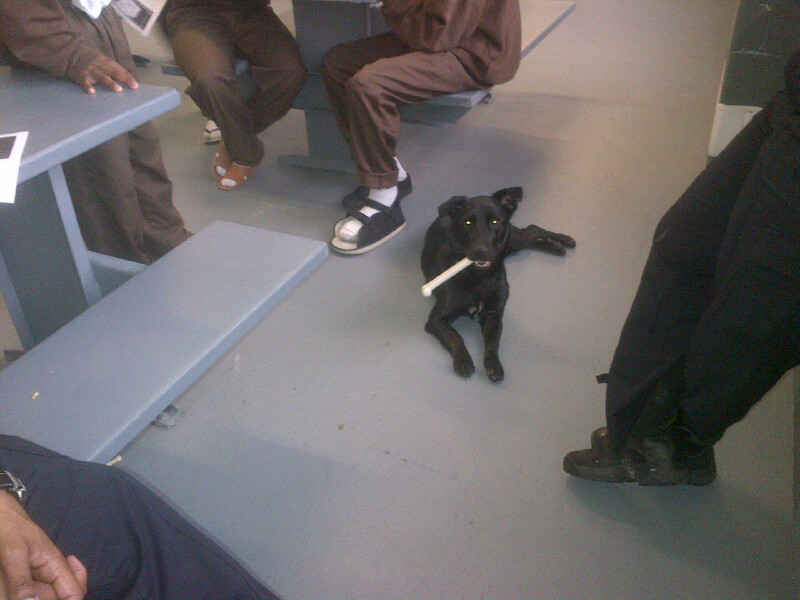 They mayor went on to say that the teen’s progress was so significant that the head of the program contacted the boy’s mother. “The mother was honestly shocked to hear that her son had become diligent and responsible in this manner,” de Blasio said.

Not everyone is as enthused with the program, though. “Just wait until the first dog gets slashed,” said a supervisor at Rikers who spoke to the New York Daily News anonymously.

Jail officials also told the Daily News that after the program’s first dog, Lilly, completed the nine-week stint and was adopted by a Law Department employee, it took the shelter weeks to find an appropriate replacement. Saunders told the paper that was because the first canine was a “pilot” and the program had to be “evaluated and tweaked” before a second dog was brought to the facility.