These grandparents seem to have made their retirement a study in having a good time, while brightening the days of the lucky strangers they meet along the way.

Instead, the couple went to the intersection of Byron Center Avenue and 44th Street in nearby Wyoming, Mich., with a sign that read, "NO, I Am Not Homeless, I Am Not Hungry. Can I Give YOU A Dollar?" reported WOOD TV 8. 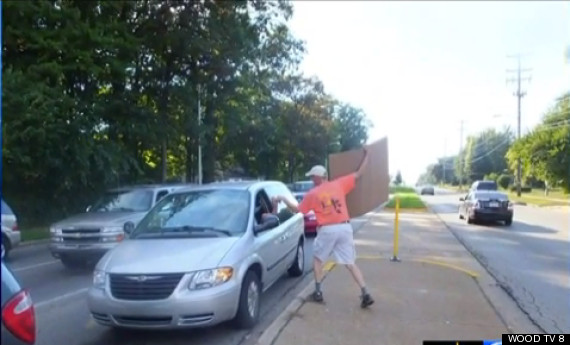 Riley and Hermi also brought 100 $1 bills, which they handed out to delighted drivers.

The couple's granddaughter told WOOD TV 8 that this isn't the first time the couple has done a random act of kindness for strangers. They're quite active in their Grand Rapids-area community and church.

"They also bought scads of 31-day bus passes and randomly handed them out while riding the Rapid so that people whose passes were expiring could have more, and for some to be able to see ArtPrize," daughter Ami Walker told the news station. "They're just awesome people. They do it for fun to get to know people." 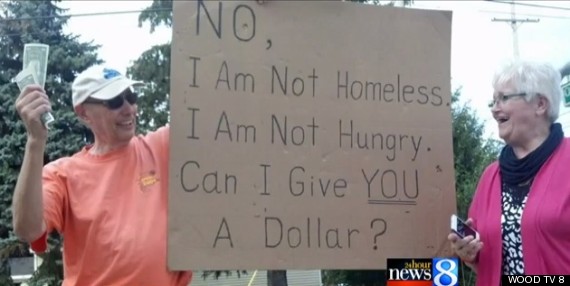 This fun-loving couple doesn't just stop traffic -- Riley is also known to make a scene on wheels. Watch this video of Riley roller-skating at a local church event in Grand Rapids, which Hermi posted on her YouTube account.

The Combs aren't the only people who have flipped the script on panhandling, with delightful results. This subway rider got a lot of smiles for his panhandling prank.