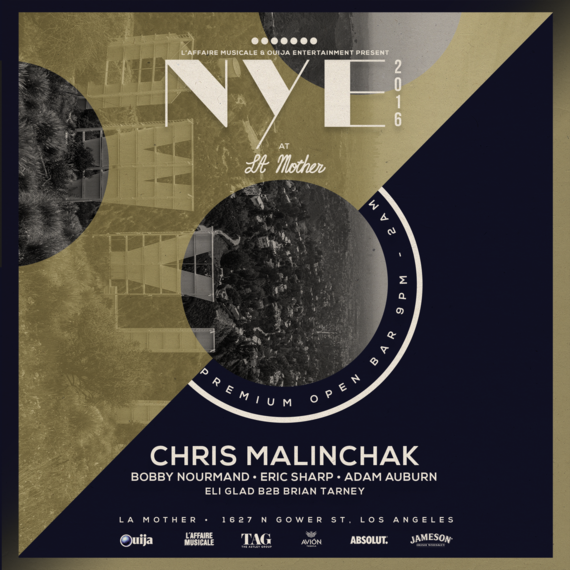 Los Angeles is debatably the most musically over-saturated market in the world, especially when it comes to dance music. On any given night, you have the opportunity to hear the hottest EDM jams at a bottle service nightclub OR get lost in the eclectic sounds of the underground warehouse scene. The only scenario you seldom experience is a combination of the two: innovative electronic music in a setting where you don't need to carry pepper spray in your back pocket. 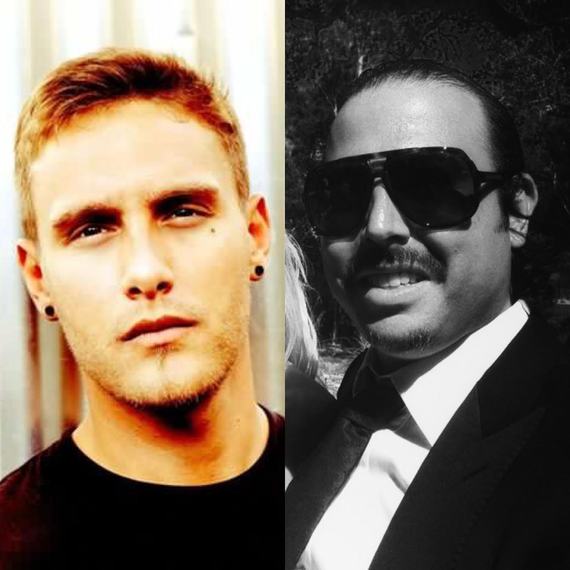 Their next event is set to be the most impressive one yet, with legendary NYC DJ/producer Chris Malinchak ringing in the New Year alongside local favorites Bobby Nourmand, Eric Sharp, Adam Auburn and Eli Glad B2B Brian Tarney at Hollywood's LA MOTHER. The festivities include a five-hour premium open bar, top notch sound systems, custom visuals, and a live countdown involving champagne and confetti...what more could you ask for?

I sat down with Tom & Matt to get the inside scoop on what we can expect at the NYE 2016 event, as well as some interesting details on their beginnings and future plans. Scope the interview below, find event details here, and rally your party crew before tickets run out!

How'd you guys meet and get started?

Tom: I was introduced to Matt through my operations manager, Michael, who's been my right hand man from the beginning. He setup a meeting, and the dream was born over vegan Thai food. It was that good--we haven't looked back!

What were you doing prior to launching your companies?

Tom: Music has always been at the forefront of my life, playing the classic guitar at seven and raving and collecting records at 14. Prior to Launching L'Affaire Musicale, I was producing and touring under my old production moniker Hellfire Machina in NYC. I also set up BFM events and was running underground dance music events all over the city.

Matt: Prior to starting Ouija, I was living in NYC, working for the largest holiday event production company in the world. Before that, I worked for many years in sales and marketing, specifically in television ad sales. My corporate background definitely plays a big part in my general approach to running my business.

When was the moment you knew you vibed as business partners and how'd you know?

Tom: Ha, great question. It was love at first sight! From the beginning, it was clear that Matt and I had the same passion, drive, ambition and tenacity to get involved in the LA music scene. That's what you need to succeed in this industry. Coming from different musical backgrounds was also a major plus! Between us we have a large knowledge of music.

Matt: Additionally, we are both fathers, we had both recently moved from NYC to LA, we lived a block away from each other in Santa Monica, and from a business perspective, we both started similar companies with almost identical visions. Most importantly, we gained each other's trust rather quickly. With any great partnership, it starts right there.

Tom: For me, it's all about bringing new artists. There are still so many underground European artists that haven't played LA and that's where my focus will be moving forward. I treat the booking process like curating an art gallery. I push myself to think outside the box, and build lineups that, as a music lover, I would want to go and see. In a market where the same names keep getting booked, it's all about doing something new and different.

Matt: Seeing the fruits of our labor. I want every single person at our shows to have the most amazing experience. You can be in the greatest venue in the world and have the best music, but if the energy isn't there, it kills the vibe.

What was your most successful event and why?

Matt: We brought FKJ to Sound in May. He's a musical genius. He played a completely live set with keyboard, bass, and guitar. Once he commenced, it seemed like the entire room was in a unified trance. It definitely set a benchmark...My father also came to that show, which in itself was special.

Tom: Agreed with Matt here; FKJ was pure magic. Also the energy at Goldroom and Zimmer was unforgettable! 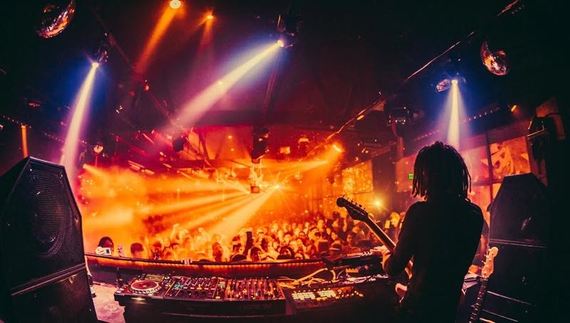 If you could travel back 10 years, what advice would you give your old self?

Tom: To myself 10 years ago: "be patient and consistent." Back then I wanted everything "now." I've learned that rushing things gets you nowhere and that hard work and perseverance really does pay off.

Matt: I'd give myself a shit load of really good stock tips.

What advice would you give newcomers in this industry?

Tom: To newcomers, my main advice would be to make sure that you're in it for the right reasons. It's about the love for music not the party!

Matt: Surround yourself with positive, like-minded people who inspire you. For any industry, it's extremely hard to break in, so you have to be yourself, listen, and most importantly, work harder than anyone else.

What can we expect from L'Affaire & Ouija in the upcoming year?

Tom: Matt and I are launching a new events company which will become our primary event brand. We will be doing more events in different venues across LA. We'll focus on moving into bigger venues providing an overall bigger experience while continuing to expand in other markets like SF, New York, Miami etc. It's all about the production and providing a magical experience. Also, Wicked Paradise, our pool party event series will also be in its second season back at The Rooftop at The Standard, DTLA and Skybar at Mondrian. However, we are ready to take it to new heights and different locations. Vegas anyone?

Matt: Tom and I are big music heads, so you can also expect us to veer off a bit and do some non-electronic, live music events. 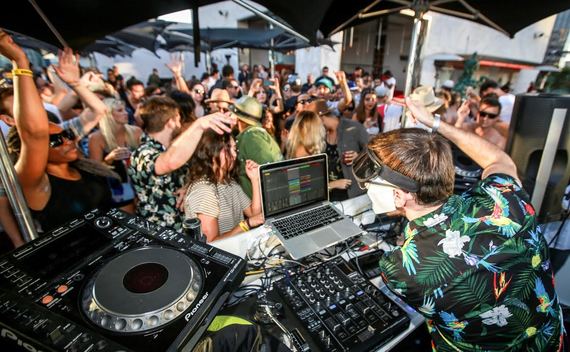 What artists are on your wish list for next year?

Matt: There are so many artists we would love to work with in the near future. Some that come to mind include Todd Terje, Nicolas Jaar, Bob Moses, David August, Claude VonStroke, Ta-ku, Bonobo, and Tale of Us. Veering a bit, it would be amazing to go in a completely different direction and work with artists like Ty Segall or Kamasi Washington.

Tom: I prefer to keep my ideas and bookings close to my chest. There needs to be an element of surprise when we announce our events. G-House is going to be the sound of 2016, so if you have that hip hop element in your house beats, you're halfway there!

Matt: Did I blow your spot, Tom?

What are we in store for at the NYE event? Tell us a bit about the DJs and what sorts of sounds we may expect to hear.

Tom: The theme is "modern Classy," the music will be house, and the vibes will be thick. We are excited to be providing something different and intimate this year and we are going all out on the production--it's going to look stunning! It's going to be a family affair, plus it's the only day of the year you are allowed to wear a tux, smoke cigars, hug and kiss everyone you meet and shed tears about how good or bad the last year was. Come, join us!

Matt: LA Mother is such a unique venue in itself. Our production team is working hard to transform it into a lavish indoor and covered outdoor wonderland. We've also teamed with Avion, Absolut, and Jameson to present a five-hour premium open bar.

Can't even begin to express how excited we are to have Chris Malinchak attached to the show. In addition to being a highly respected and original artist, he happens to be a personal favorite of mine. He doesn't play shows frequently, so for anyone who has never seen him live, they are in for a real treat. We wanted to pair him up with some local artists we love. Each of them are tastemakers who bring their own original styles that party-goers are going to love. Tom and I are really proud of this lineup.

What is your New Year's Resolution?

Tom: Daily meditation and more reading. Wait, I need to be doing that right away.