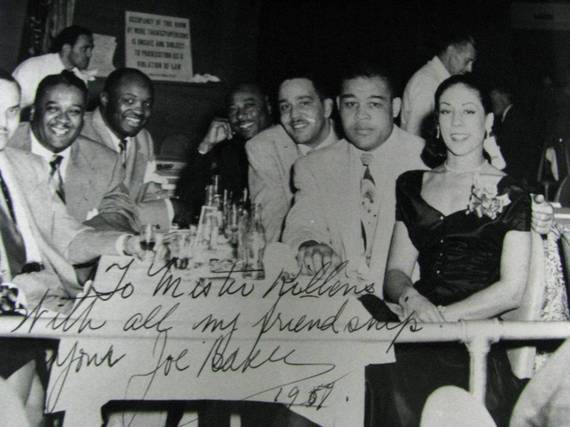 The present day Overtown community pre-dates the incorporation of the City of Miami. It remains one of the city's oldest communities. Before the turn of the nineteenth century, it was one of the few places black residents could live in relative freedom and own property. Originally home to a black labor pool of migrant workers from the Caribbean and the American South, 'town became the pride of a people and a sanctuary for black travelers in the segregated South. Those early settlers not only contributed to the development of a world-class city, they built something great right in their own back yards.

"Some people may refer to this community as the Harlem of the South. I would beg to differ with that description," revealed Timothy Barber, executive director of the Black Archives History and Research Center of South Florida. "Most people don't realize that many of the black people in Harlem did not own the property or businesses there. Black people not only settled this community, they owned property and businesses right here. That is remarkable."

Closer to the 1900s, Julia Tuttle and Henry Flagler, both remembered respectively as the mother and father of Miami, cultivated a productive partnership to develop the City of Miami. Tuttle donated a significant portion of land to the original city. With Tuttle's prodding, Flagler expanded his Florida East Coast Railway south. The underdeveloped city was filled with obstructive plants and needed infrastructure. This demand created the need for a reliable workforce.

"Flagler and Tuttle came up with the idea to give the west side of the railroad track to people of color. The east side was designated for white people," Barber shared. "The community was named the Central Negro District. It eventually became Colored Town."

Within two decades this centralized, concentrated population featured black people of diverse backgrounds, vocations, and socio-economic statuses from the working class to the wealthy. Dana A. Dorsey, a Flagler worker, eventually capitalized on the need for affordable housing and built a diversified empire that included Miami's first black-owned bank, black-owned hotel, and a barrier island that eventually became the highly exclusive Fisher Island. The iconic philanthropist and entrepreneur was not the community's only prosperous resident.

"The community has a tremendous business legacy. Dr. Henry B. Sawyer built the Mary Elizabeth Hotel; Geder Walker built the Lyric Theatre; Pharmacist Bobby Lewis started People's Pharmacy, among others These businesses hired lots of people," he said. "This helped circulate the dollar within the community. And, because of segregation, people had to do business there, even the residents who moved to other areas of the city. Back then, you would always hear people say, 'I have to go over to town' to shop, pay bills and be entertained."

The community was eventually christened "Overtown," a run-on of over-to-town. And, word soon spread fast.

"Back then there were colored people who sought to vacation," Barber continued. "Overtown became an option for them. It was a place that was a destination of where they could vacation and enjoy a semblance of freedom."

Added Barber: "I-95 was built right in the middle of this community. It essentially tore up Overtown as it was known back then." 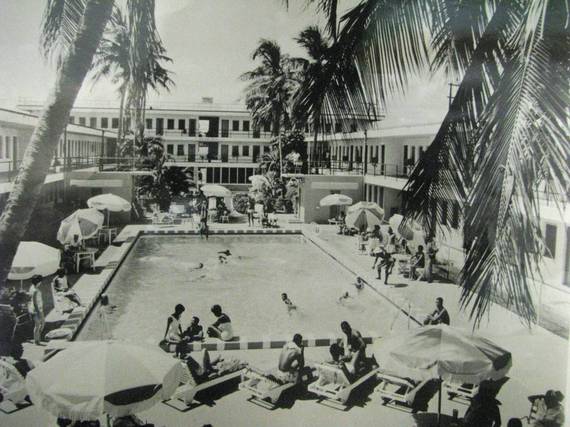 Noted scholar and psychiatrist, Dr. Mindy Fullilove is the author of Root Shock: How Tearing Up City Neighborhoods Hurts America, and What We Can Do About It. The Columbia-trained physician asserts that urban renewal and eminent domain projects overwhelming devastate black communities.

"Gardeners have pointed out that if you ripe plants out of the ground the plants go into root shock. During that process, the plant can die because the tiny hairs are disturbed and the roots get torn," Fullilove disclosed. "I noticed that when people get forced out of their neighborhoods they too go through shock and it has serious effects."

Fullilove continued: "What is taken from people is not a home, with a small 'h', but Home in the largest sense of the word: a place in the world, a community, neighbors and services, a social and cultural milieu, an economic anchor that provides security during the ups and downs of life, a commons that sustains the group by offering shared goods and services."

Nearly fifty years later, some Overtown residents are still contending with aftermath of Interstate-95. Throughout the decades following the I-95 infusion, elected officials made promises to revitalize the area. However, the community experienced further government penetration with the building of Interest I-195, and Miami-Dade County's Metrorail and Metromover systems.

According to the U.S. Census, Overtown is approximately 9,000 person population is 74-percent predominately black. For some, decades of promise has turned into resentment.

"Now that people from other communities are starting to view the Overtown area as valuable," said the University of Miami-trained psychologist. "Some local people feel threatened and are digging in. We have been able to help our community with the help of stake holders and leaders. We feel a great deal of gratitude toward our political leaders."

"We have an embarrassment of assets and riches in this community. I pray that I am able to make the best real estate deals to bring the services and amenities that the residents of the CRA deserve."

Woods is implementing a community redevelopment plan that will bring scores of new housing and commercial development to the community.

"I love my job," Woods gushed. "I'm looking out of the window of my office and I see cranes in Overtown."

The Miami-native is employing a strategy that includes monetizing future revenues, developing mixed-use housing, and human capital investments to usher in a new era of inclusive growth.

This is the first article of a series exploring the historic Overtown community. Overtown: The Land of Possibilites, will explore the Southeast Overtown Park West Community Redevelopment Agency, the area's new housing and business opportunities, and gain perspective from area's stakeholders and elected officials. Yvette N. Harris contributed to this series.

Zach Rinkins is the Associated Press award-winning host/producer of the Rinkins Report. Find out more on Twitter @ZachRinkins and Facebook @ZachRinkins