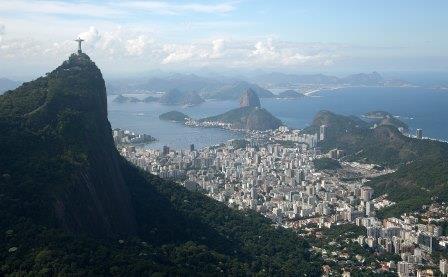 On June 23 of every year, the world celebrates International Olympic Day. One hundred and twenty two years ago, on June 23 1894, the First Olympic Congress was organized by Baron Pierre de Coubertin to "revive" the Olympiads and host the first Games of the modern era in four years' time. After 30 Olympic and 14 Paralympic Games, these events are about to be held for the first time in South America, in Rio de Janeiro, Brazil.

Basically everything for the Rio Games is now ready on time and on budget. And the bar has been set high for the next host cities. In addition to Rio's spectacular setting, the 2016 events will have one of the largest private sector's participation in Olympic history, with 58% of the budget being financed by private capital. Furthermore, no white elephants will be left behind and 70% of the US$ 10.8 billion spent on the Games represents investment that has improved substantially the city's infrastructure.

Aware of its responsibility, Brazil is organizing the Olympics building on the successful experiences of previous major events (the Pan-American Games in 2007; the World Military Games in 2011; the Rio + 20 Conference in 2012; the FIFA's Confederation's Cup in 2013, the Pope's World Youth Journey in 2013; the FIFA's World Cup in 2014). Challenges are being dealt with on a diligent manner.

On security, Rio will undertake the largest operation in its history, with Brazil once again working hand-in-hand with the appropriate authorities of partner countries. On the zika virus' outbreak, Brazil has also worked in close cooperation with the World Health Organization and US health authorities. Data is encouraging. From February to May 2016, an 87% reduction in the number of zika cases in Rio de Janeiro was registered, as a direct result of action taken by the Brazilian authorities. Moreover, in 2016, the Summer Games will take place in the Southern Hemisphere's winter, season in which mosquitoes are barely seen.

Everybody knows how special major sporting events can be. But the uniqueness of such events when they are held in Brazil is something that only those who had the opportunity to visit my country during the FIFA 2014 World Cup can grasp. Our World Cup went on to become one the best ever, by virtually every standard. From June to July 2014, more than one million international tourists visited Brazil and they loved it. Approval ratings for the World Cup were high across the board: 98% for hospitality services; 93% for gastronomy; 92% for public security and 90% for transportation. These are impressive numbers but they should surprise no one.

The Rio Olympic and the Paralympic Games will surely follow suit and become enshrined in our memories as the Games at their very best. To encourage more visitors to participate in this historic moment, citizens of the U.S., Canada, Japan and Australia are exempt from tourist visas, from June 1 to September 18 2016, for trips of up to 90 days.

I am confident that The Rio 2016 Olympics and the Paralympics Games will benefit not only Rio de Janeiro but also the Olympic and Paralympic movements themselves, their history and the Games to come. Brazil and Brazilians will once again host with open arms tourists, athletes and the whole world for this ultimate sporting event. Go to Rio and live this unique experience.