A total of 130 couples said "I do" in a mass wedding at Rio de Janeiro's Superior Court of Justice, marking the city's first gay civil marriages.

In mid-May, Brazilian courts determined that public offices that oversee marriages cannot reject gay couples, even though Brazil's national congress has passed no law on the matter.

Some public offices had already been accepting marriage applications from homosexual couples, while others denied them.

An emotional Viviane Soares Lessa de Faria, 38, smiled at her partner and told news site G1 "I've dreamed of marrying her since I met her."

Her wife's 29-year-old son was the couple's best man.

For Giuseppe Laricchia, 21, marrying his boyfriend was about guaranteeing rights.

"We need to have equality compared with heterosexual couples," he said.

Civil unions between gay couples were recognized two years ago by the Supreme Court, which granted gay spouses the same rights as heterosexual spouses. 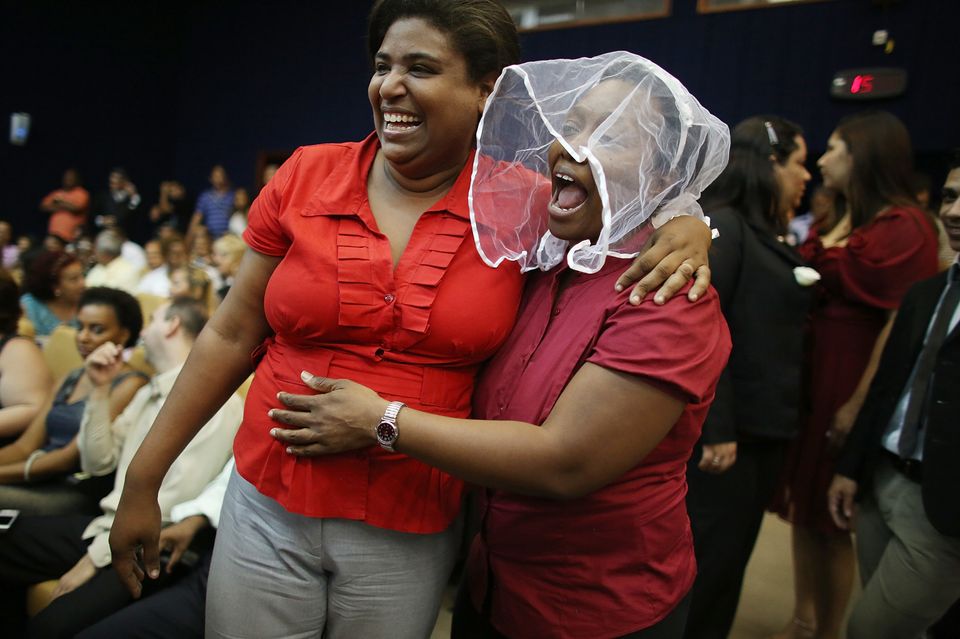 1 / 36
RIO DE JANEIRO, BRAZIL - DECEMBER 08: A couple jokes around before getting married at what was billed as the world's largest communal gay wedding on December 8, 2013 in Rio de Janeiro, Brazil. 130 couples were married at the event which was held at the Court of Justice in downtown Rio. In May, Brazil became the third country in Latin America to effectively approve same-sex marriage via a court ruling, but a final law has yet to be passed. (Photo by Mario Tama/Getty Images)
Getty Images