Once every generation or so, you're asked to step outside your national mindset and collectively figure out how to safeguard the planet and all its inhabitants. I grant you this: it's no easy task. 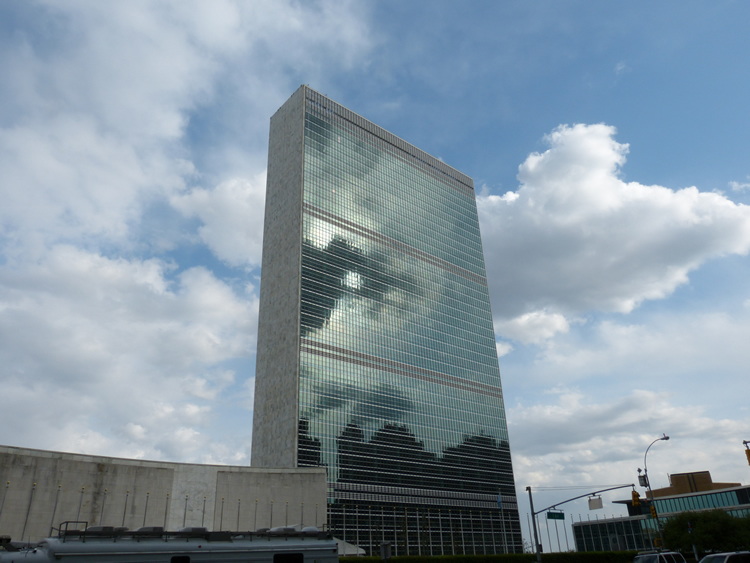 But having just returned from informal meetings in New York where civil servants were negotiating -- on your behalf -- text to be adopted at the Rio Earth Summit in less than two months' time, I must wonder if you're up to the task this time around.

Anyone who's ever written a document by committee -- and suffered the disappointment of a final result which is bland and lifeless -- can understand your challenge in producing a plan of action out of a process involving hundreds of people operating by consensus. But this is precisely what we expect of you.

So far, however, it's not looking too good. The document currently stands at 128 pages, rife with bracketed text, which in negotiating terms means "not yet agreed" (and which really means, "I'm not giving up on this position until I extract some blood from you in return"). And I'm not just talking about the hard stuff; you're all jockeying for position even in the simplest statements.

Take the Preambular text, for example, which refers to the need to eradicate poverty. The US only wants to eradicate "extreme" poverty, whereas developing countries not surprisingly want to delete that qualification. One can only assume this is part of a more general negotiating stance (pervasive throughout the text, and in other negotiations for that matter) in which the US wants to do away with the distinctions made at the first Rio Earth Summit 20 years ago between rich and poor countries.

President Obama, we get that you're concerned about the US losing its competitive advantage in relation to new powerhouses such as China, Brazil and India, but how can you look us in the eye and say that any level of poverty is okay? And what are your negotiators thinking when they propose deleting the word "clean" from the sentence "we reaffirm our commitments regarding the human right to safe and clean drinking water and sanitation"?

I don't mean to pick on just you President Obama, though the US does have a lot to answer for, particularly on the issue of climate change.

Those of you who are negotiating under the auspices of the G-77 -- could you please explain why you oppose a paragraph emphasizing that "each country should implement national energy policies and low emission development strategies as indispensable to sustainable development... recognis[ing] that each state has the right to determine its national energy policies in accordance with its national requirements"? Doesn't this naturally follow from your proposal to include the provision from the climate convention stating that "countries should protect the climate system for the benefit of present and future generations of humankind, on the basis of equity and in accordance with their common but differentiated responsibilities and respective capabilities"? You're right that developed countries are obligated to take the lead, but the urgency of addressing climate change means that ALL countries need to adopt low-emission development strategies.

And those of you in the European Union -- you've played such an important leadership role in the climate arena, but you lose the moral high ground when you play the bad guy on overseas development aid and fisheries. Trying to delete text aimed at eliminating subsidies for fisheries which contribute to overcapacity and overfishing is just not ok.

Speaking of subsidies, those of you in the G20 have already agreed to a "phase out over the medium term inefficient fossil fuel subsidies that encourage wasteful consumption, taking into account vulnerable groups and their development needs." Instead of fighting over how the same goal should be reworded, how about giving us some clear commitments which move it forward, starting with a date by when this phase-out will be accomplished? You might find some additional ideas and inspiration in this submission by a broad group of organizations working on the elimination of fossil fuel subsidies.

But please don't give up. There is still enough time -- just -- for you to get this right. An extra week of pre-Rio negotiations has now been allocated. You might want to ask your negotiators to do the following:

If you're in need of inspiration, just take a look at these two-minute videos of young people telling you about the future they want. Please don't let them down -- the future is within our reach.

You just need to pull your socks up and make it happen.