A Japanese wrestler celebrated winning a gold at the Rio Olympics by body-slamming her coach to the ground and then running around with him on her shoulders.

When you've just won an Olympjc gold in wrestling, this is how to thank your coach. pic.twitter.com/Y5QIuwOWrH

Pretty damn epic, right? Yeah, we thought so too.

This reaction to a victory seems to be somewhat of a tradition with Japan’s women’s wrestling coach, Kazuhito Sakae.

“Before the final, the coach said he wanted me to lift him on his shoulders,” Kawai told The Japan Times. “The three wrestlers the previous day all won gold so they got to do that, and I said I wanted to be first to slam him and he let me do it.”

This coach is living his best life.

PHOTO GALLERY
Exhausted Olympians At The End Of The Decathlon 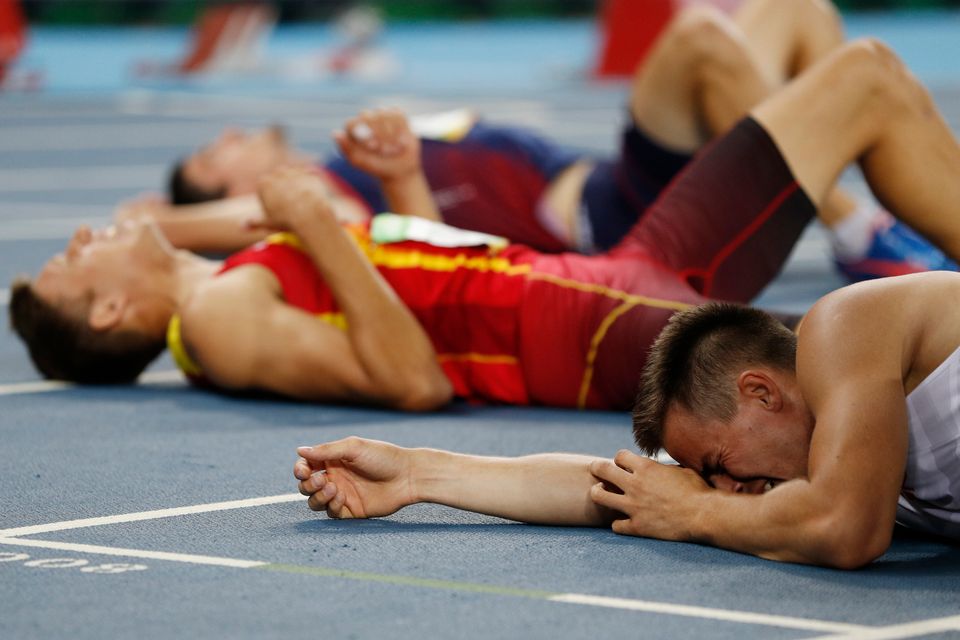