The initial Riot Fest lineup for 2013 dropped late Wednesday to much fanfare and the general approval of its punk rock-leaning audience.

Fall Out Boy, Blondie, Public Enemy, Guided By Voices, Gwar and Taking Back Sunday are among the big draws for this year's three-day combination music festival and carnival Sept. 13-15 in Humboldt Park.

Despite revealing the names of more than 60 acts so far, Riot Fest is still keeping a few cards close to the vest — a bold line of question marks runs below the two top headliners — Fall Out Boy and Blink-182 — leaving room for speculation as to which act will fill that third spot.

Unlike the buzz-band obsessed lineups of Pitchfork and Lollapalooza, Riot Fest 2013 is virtually all veteran acts, with plenty of recycled names from Riot Fests of years past (including repeats from 2012).

In some ways, Riot Fest's approach is almost the inverse of the early days of Pitchfork's: A weeked stuffed with fresh names and unheralded bands punctuated by a few special performances by an influential and recently-reunited act.

Still, the formula has helped the fest grow by huge strides since its 2005 founding: Besides adding East Coast outposts in Philly and Brooklyn, then Toronto and Dallas in 2012, the city-wide multi-venue setup has been consolidated to one big weekend-long event in Humboldt Park that's arguably already leapfrogged past other events like the North Coast Festival in terms of depth and headline draws.

Seminal indie rockers Guided By Voices will make their lone appearance of the year at the festival, while Riot Fest will also be one of the few U.S. tour stops for recently reunited cult rockers Quicksand.

Several Chicago bands will join Riot Fest this year as well, including The Smoking Popes, White Mystery, Twin Peaks and Maps and Atlases.

The three-day music festival and carnival will be Sept. 13-15 in Humboldt Park. Tickets start at $23 per day, with three-day passes on sale for $99.98. 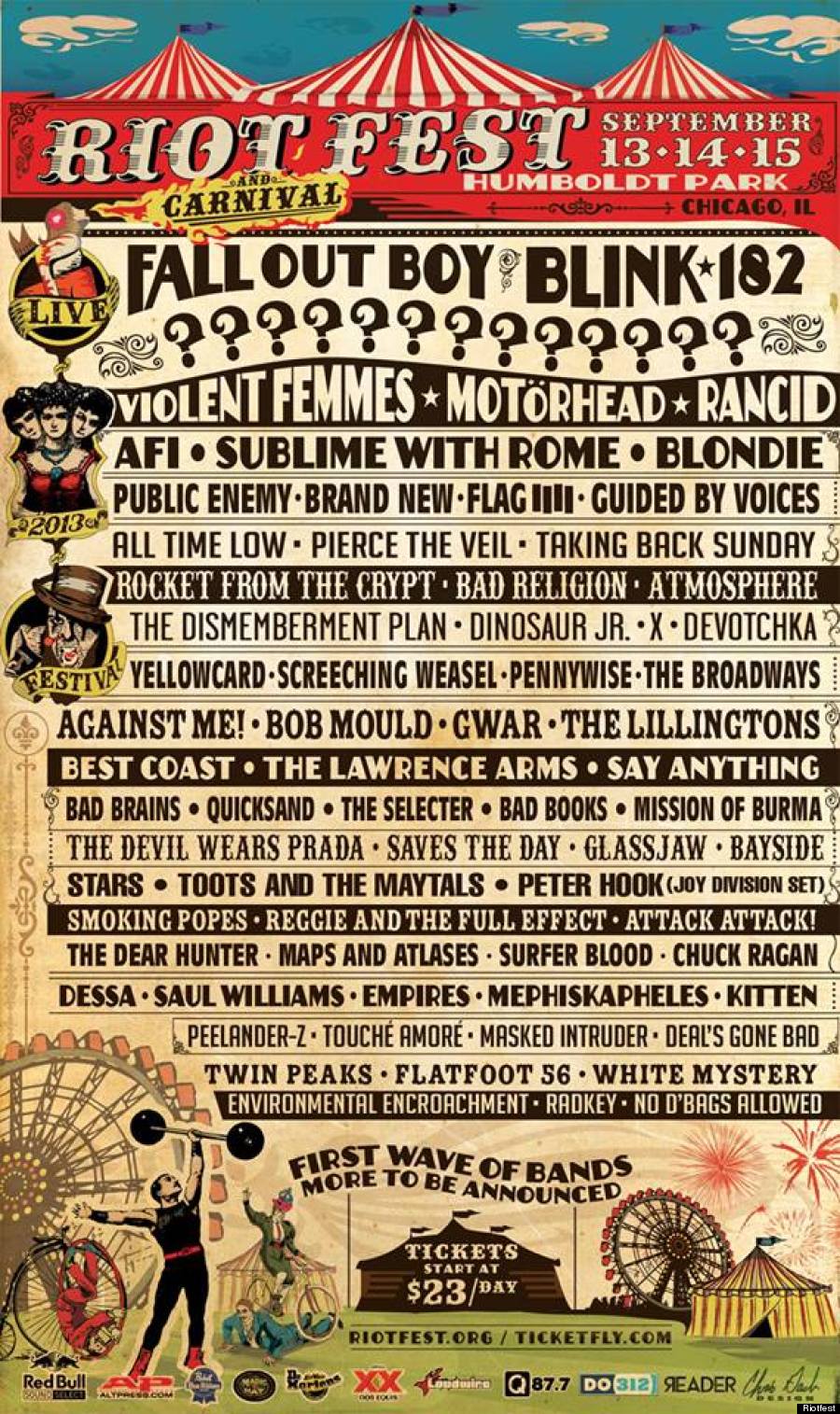