Sure, there are many very real reasons why going to a music festival can sometimes be the worst. Ticket prices are high and the musical lineups are all starting to look the same, so why bother? Well, because of Riot Fest.

On Tuesday night, May 13, the organizers of Riot Fest -- three separate punk-oriented festivals coming this September to Toronto, Chicago and Denver -- unveiled their mostly complete lineups. The Cure, The National, Weezer, Social Distortion, The Flaming Lips, Slayer and Wu-Tang Clan will headline in both Chicago and Denver.

The Denver festival (Sept. 19-21) lineup includes Primus, TV on the Radio, Violent Femmes, Bob Mould, Dum Dum Girls and Glassjaw, among many others coming to May Farms.

The previously announced Toronto festival (Sept. 6-7) lineup features Death Cab for Cutie, Brand New, Dropkick Murphys, The New Pornographers, Alkaline Trio and a mix of other acts, including many playing one or both of the other fests. The Toronto fest will be held at Downsview Park. 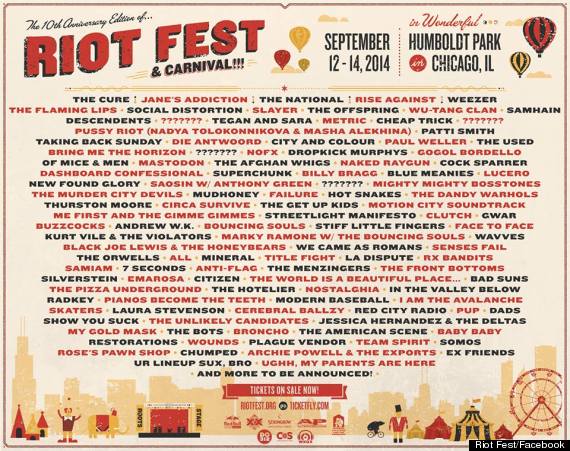 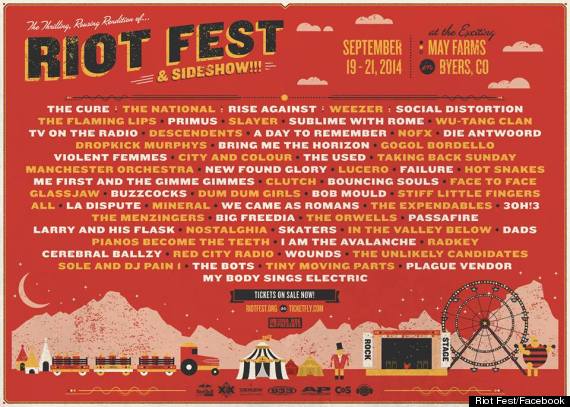 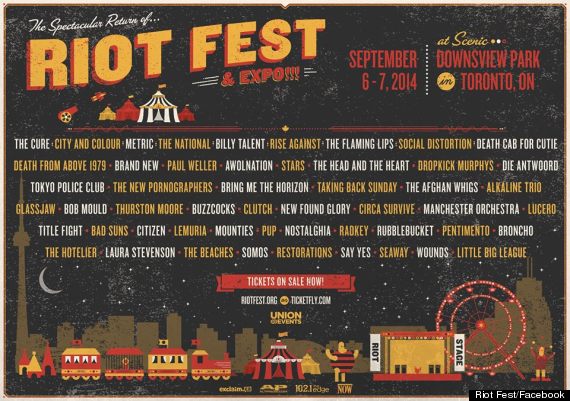 Born in Chicago, the festival marks its 10th anniversary this year. Tickets for all three events are available on Riot Fest's website.

Riot Fest: The Only Music Festival Worth Your Time
Celebrity News &amp; Photos