The end of summer means many things. Chief among them, for music fans, is the end of festival season.

Sure, festivals have a whole lot of downsides -- we've previously detailed them here at HuffPost -- but there are a lot of positives to consider about the experience as well, and, in the mind of this writer, perhaps no music festival this year epitomized these more than Riot Fest's latest edition in Chicago.

While Riot Fest was held in three cities again this year -- including Denver and Toronto, where the fest wrapped last weekend -- its heart, and headquarters, is in Chicago. And despite a great deal of controversy preceding the event and likely impacting its planning, the Chicago affair in the city's Douglas Park has received overwhelmingly glowing reviews. 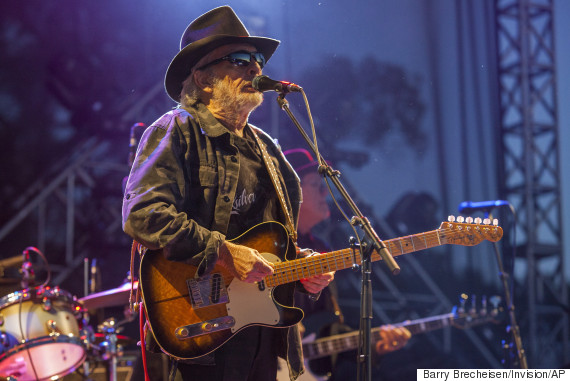 And deservedly so. When it came to the lineup, the key to any music festival's success, the musical acts varied wildly in age, genre and gender, from 78-year-old country legend Merle Haggard in Chicago to rapper GZA's 12-year-old hype man in Denver.

At a time where most of the major music festivals are built around lineups that are virtually indistinguishable from one another -- and seriously lacking in diverse talent -- Riot Fest somehow managed to book one of the more varied and unusual collections of musicians despite (or perhaps because of) its punk-centric ethos.

The Chicago festival also clearly took complaints about the 2014 festival's sprawling, bottleneck-prone layout -- which often meant at least a 20-minute walk between stages at opposite ends of the grounds -- to heart and concocted a common sense-driven layout to this year's festival which somehow balanced improved access to its seven different stages while still avoiding significant noise bleed between stages. Access to the festival's signature carnival rides was also greatly improved over the previous year.

As an added bonus, the festival this year took place less than a five-minute walk away from the CTA Pink Line train, which encouraged more festivalgoers to refrain from driving to the park, likely reducing the traffic impact on surrounding communities. 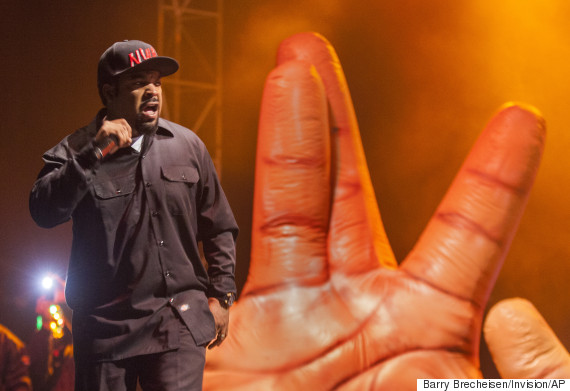 But, again, back to the most important part: the music. Phenomenal sets in Chicago from older acts like L7, Iggy Pop, Ice Cube, the Prodigy and Echo & the Bunnymen allowed festivalgoers to rock out to songs they love by bands they probably thought they would never have the opportunity to see live. Who could resist singing along to Chicago deep dish lover Gwen Stefani to No Doubt's "Don't Speak"?

On the younger end of the spectrum, acts like Joyce Manor, FIDLAR, Psalm One and Meat Wave were granted the chance to win over new fans in an environment already friendly to their musical genres of choice. How else can you see (a not-very-punctual) Snoop Dogg, Against Me! and Tenacious D all on the same weekend? And no festival is complete without the theatrical GWAR showering the crowd with various "bodily fluids." 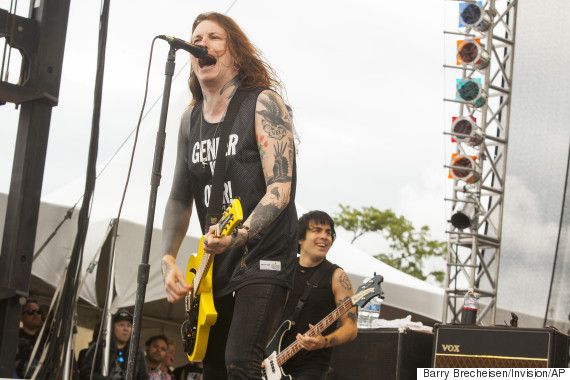 Laura Jane Grace and Inge Johansson of Against Me! seen at Riot Fest in Douglas Park on Friday, Sept. 11, 2015 in Chicago. (Photo by Barry Brecheisen/Invision/AP)

Of course, it rained on Friday and Saturday in Chicago, meaning that wide swaths of the field difficult to traverse, the porta-potties pretty gross and, much like Lollapalooza does each year, leaving behind a six-figure price tag for park repairs (fest organizers are covering the tab). There were sound issues throughout the weekend, too, but all of this comes with the territory of any outdoor music event. On the plus side, the festival's natural setting provided a refreshing backdrop for three days packed with hours upon hours of live music.

Even better, local businesses also seem to have benefited from the festival's presence in the West Side neighborhood and the number of arrests -- one! -- reported for the weekend was incredibly low for an event attended by tens of thousands of people that also served a whole lot of alcohol.

So, this is all to say -- farewell, summer; until next year, festival season. And three cheers to Riot Fest for capping it off spectacularly. 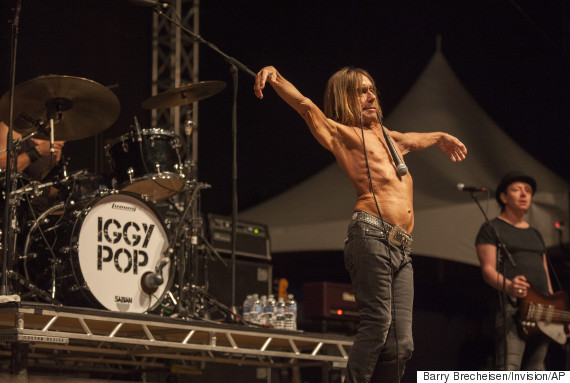