Thinking back on the late Garry Marshall's work, which is what we do when a valuable artist dies, you become even more impressed when you realize he took the harder road to both comedy and romantic comedy.

He figured out what was funny, when it would have been easier to go with what's dirty.

Look at most of the TV sitcoms and many of the comic movies of the last 20 years and you can't miss the way they skipped the Marshall Plan and settled for lazy raunchy sex jokes. 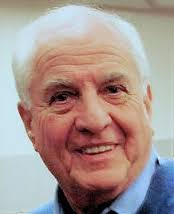 Garry Marshall, who died Tuesday at the age of 81 from complications of pneumonia and a stroke, didn't pioneer any genres of television, or movies. He took traditional genres like the sitcom and the rom-com and executed them well.

It sounds simple enough until you try to actually do it and realize it's not simple at all.

Marshall's TV shows include Happy Days, Laverne & Shirley, Mork & Mindy and the original Odd Couple. He wrote for dozens of others, including The Dick Van Dyke Show, and he cheerfully acknowledged that not everything he touched turned to ratings gold.

Remember Me & The Chimp or Hey, Landlord or Beanes of Boston?

He pretty much left TV in the late 1980s to try the movies, where he'd had some success with a couple of small gems like The Flamingo Kid.

He scored big with Beaches in 1988 and Pretty Woman in 1990, then a decade later hit big again with Runaway Bride and The Princess Diaries.

What all of those had in common, the movies and the TV shows, was that at the heart they were deceptively small stories, zooming in on the lives of vulnerable people trying hard to get to someplace good. 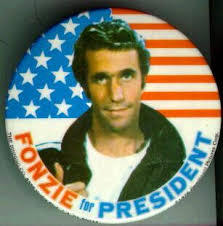 There were jerks here and there in Marshall's shows, but they never strayed too far from the mold of Henry Winkler's The Fonz on Happy Days. He could be a lunkhead. He was never mean or cruel.

If anyone proposed a show like Happy Days or Laverne & Shirley today, you can be pretty sure it wouldn't look much like the relatively innocent world those characters inhabited.

It wasn't that their world didn't include sex, booze or other temptations, or even that they always made good decisions.

It's more that the crude stuff isn't what that world, or those shows, were about. Just like that isn't what most of life is about. Episodes didn't revolve around scenes where characters lamented their sex lives in blunt detail. 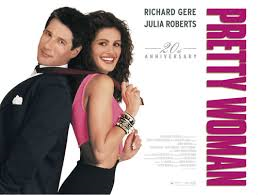 Even when Marshall made a movie about a hooker, Julia Roberts in Pretty Woman, it wasn't about sex. It was about the lives of lost characters, and how they found themselves through each other. That sounds like hopeless schmaltz when you write it down. On the screen, it was quite elegant.

Marshall twice did something you're not supposed to be able to do: take a hit movie and convert it into a TV series. Happy Days was a direct segue from the great movie American Graffiti, and The Odd Couple had been on Broadway as well on movie screens.

In both cases, Marshall found the essence of what made the movie work and rearranged it for TV characters about whom we cared.

Garry Marshall's sister Penny, who starred in Laverne & Shirley, went on to have a first-rate directing career herself, making films like A League of Their Own, Big and The Preacher's Wife in the late '80s and early '90s.

Asked a couple of years ago why she stopped directing, she said, "No one wanted to make that kind of film any more. If I proposed any of those films today, no one would make them."

Garry Marshall remained active and then semi-active almost until his death. That's good. But it's clear that he too hit a wall, because while the whole business nominally revered him, no one really wanted to make his kind of shows any more, either.

Now it's also true that this is just how the entertainment field works, and always has. Tastes change, styles change and the world moves on to the next generation whether or not the last one likes it or not.

But the fact Garry Marshall's best work remains so vividly embedded in our cultural consciousness suggests he was onto something: finding the poignant parts of his character's lives and taking the time and effort to explore them.

That concept hasn't disappeared. It's always sad to lose such a skilled practitioner.