RIP, Mario Cuomo -- The Governor in Socratic Dialogue with Himself

Mario Cuomo's New Year's Day departure from this life is a true loss of a man of conscience. At the Democratic Convention in 1984, Cuomo's keynote address was a powerful reminder that government must not overlook the least fortunate. The resonance of his message was great and so overshadowing some say it sunk the chances of Walter Mondale. If so, that was not the Governor's intent. Seldom has a modern political figure been as other-regarding as Mario Cuomo. No, Cuomo's articulated concern that summer convention evening was not to occupy the lime light, but to bring to the nation's attention the false promise of economic growth that disregards the needs of the poor as well as the legitimate expectations of the middle class.

The wealthy financiers behind Ronald Reagan used his native geniality and magnetic, average man persona to good advantage: tax rates were slashed and within a matter of years, savings and loans which had supplied a reliable source of mortgage money would be decimated by deregulation that made economic sense only if one disregarded social consequence. When Cuomo rose to present this case, conservatives wrote off as so much left wing rhetoric, but it was really an early warning of what would be 20 years later -- a nation where most of the wealth was held by the top 1 percent and because of this skewing, no middle income path exists for anything other than stagnant wages, a rental property and greatly diminished educational and employment prospects for the off-spring of those occupying the economic middle, who, since Aristotle, had been understood to be the core protection of democracy.

Mario Cuomo who actually read Aristotle along with Teilhard de chardin and other philosophers and theologians of significance may have flirted with presidential ambitions, but in the mid-1980s, he would demonstrate how he was more committed to the common good than his personal advancement. That common good, as the Governor saw it, meant giving a clear, unqualified early warning of the seedbed conditions that would soon yield derivatives and other financial manipulation adding little to the GDP. Few saw the inevitable and disastrous consequences of the deconstruction of a progressive tax system and a well-regulated financing source for the family home that then assured middle income families of a fair piece of the economic pie. Cuomo argued that the changes being wrought beneath Mr. Reagan's genuine love of an America seen as a "shining city" would not leave that light aglow much longer. Instead, in Darwinian duplicity, the very family home which once represented tangible evidence of hard work and good fortune would soon become through foreclosure the undoing of hard work and the loss of life savings.

Mario Cuomo gave another speech a few months after his magnificent convention oration. This second speech at Notre Dame would put me in public and academic conversation with the Governor from then on. 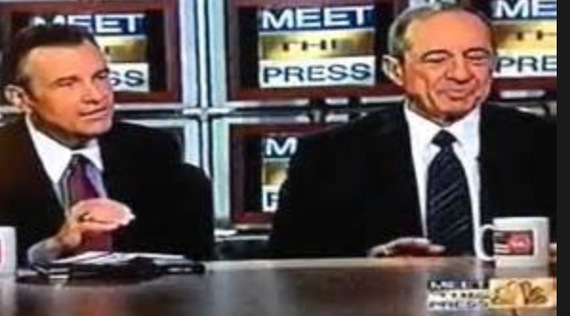 Cuomo's trenchant analysis of the interaction of religion and politics would frame the national debate on those controversial subject matters. Mario Cuomo was an intellectually bright man, and he on occasion like the rest of us could be abrupt, but by in large his moniker was one of civility and respect.

The conservative reaction to the Notre Dame presentation was initially polite. Henry Hyde, the champion of limits on abortion, made a plea -- also at Notre Dame -- for influential Democrats lie Cuomo and Ted Kennedy to join in the effort to limit the occasion for the sacrifice of the unborn. The polite give and take of that exchange was not carried forward by the politics that came to be characterized as a culture war, with one unequivocal position battling another, with the unqualified nature of each side said to be anchored in truth.

Pope Francis who has been addressing the problem of meanness and modern judgmentalism, finding our incivility to too regularly substitute condemnation for the love we are called to manifest toward our neighbors.

Cuomo was a man of sincere faith. He believed life sacred and he was willing to say so to right and left alike, to the former reminding conservatives of the illicitness and unfairness of the death penalty and to the latter, reminding progressives that the mere assertion of the right to choose, without addressing the sources of economic and cultural deprivation could often render the idea of freedom of choice, a cruel hoax.

In more recent times, incivility and judgmentalism has been grafted onto sometimes strained assertions of human right; corporations are declared persons, which alternately free them somehow from monetary limitations on the campaign contributions applicable to human persons, and also empower these super-endowed corporate persons to claim rights of religious freedom which again somewhat inexplicably outweighs the freedoms of women workers. It is doubtful that any woman thought she forfeited her human rights including her own rights of religious freedom merely by taking a job in the hobby store.

Mario Cuomo understood that at least since Vatican II in the mid-1960s, his own faith, Roman Catholicism, linked the foundation for religious freedom to human dignity. Religious freedom does not depend upon the truth or falsity of a particular religious conception; rather, the freedom is an intrinsic human right.

The most conservative prelates in the American Catholic Church that have been tussling with Pope Francis over divorce, same sex marriage, and other topics have a far different conception of religious freedom - it often seems as if it is a freedom characterized as existing only one when the Catholic view prevails. On one level it is unsurprising that prelates of the church desire to transform the culture in the image of Christ, as they see it. Nevertheless, as Cuomo would readily point out the reality simply is that Catholicism in America is one faith of many. Catholic teaching is not ipso facto the law of the land, even as legislators may make reference to it as a justification for public policy.

Cuomo and I would regularly disagree on the extent to which policy makers should try to write their faith perspective into the public law. Cuomo argued for at best for a posture of "I'm personally opposed, but I have no basis to lead others toward my perspective when it is based on faith." The most conservative bishops found that formulation insufficient to avoid formal complicity in a system that, for example, would be insufficiently protective of life. In response, Cuomo would regularly ask the bishops about their advocacy - or lack of it - with respect to the immorality of the death penalty, or their silence - until Francis -- on the social injustices embedded in an economic structure permitting the sale of goods made in disregard of human right or environmental degradation.

One part of the argument that perplexed me was the extent to which the Governor did or did not share my view that a judge who happened to be a Catholic (or for that matter any other faith) should not be reading particular faith precepts into the law; that would be covert imposition and a far graver subversion of democracy than when an executive or legislative member proposes ideas influenced by his or her particular faith tradition. If law and public policy became more closely aligned with one's faith ideas, this result, in itself, does not necessarily violate the delicate Constitutional balance in favor of religious freedom. Religious freedom is endangered by coercion of belief or practice; it is not endangered if after full debate of religious and nonreligious ideas alike ( and as a matter of free speech neither should be censored), the general laws are democratically amended to coincide with Catholic belief. By contrast, a judge who interprets a law in a manner to satisfy his or her personal faith belief is coercing, imposing an outcome. By contrast, a legislator or even a state executive like Mr. Cuomo was in his three terms as Governor of New York capable of proposing any policy he thought best for his constituents. It would be fair for the Church to anticipate that someone who has been placed in a policy making role by his fellow citizens and who also lives by a faith rule in his own life would be inclined to share the good of that rule with others; in my view, someone who proposes a policy informed by his or faith is not coercing, but proposing. It was never clear to me where the Governor was on this part of the discussion - at times, he seemed to find merit in both sides - an interesting Socratic dialogue with himself.

The discussion begun in the 1980s by Mario Cuomo concerning religion and politics continues. In the Obama elections, conservatives took the absolutist turn that Catholics could not vote for then-Senator Obama without participating in moral evil. This attitude often drives the present day claim for complete religious immunity by companies from anti-discrimination and other laws that would otherwise be generally applicable. These more absolutist positions Governor Cuomo appropriately found neither warranted by faith nor logic for they would render the Catholic citizen without any democratic choice or role.

Mario Cuomo was a man of conscience, and both democracy and his faith were advantaged by the intelligence of his reasoning, his example of self-denial in not seeking the presidency, and his willingness to engage in the debate, and do so with civility. The likes of the Governor will not be easily found again.

Like Thomas More, the patron saint of statesmen, Mario Cuomo did everything possible to be the King's good servant because he knew that the average person was watching him closely to see if he respected the law. When an Archbishop of More's time presumed to know what advice More had confidentially given the King, Thomas upbraids him since the Church has a duty to preserve civil order and not look to pick fights - be they accurately described as small skirmishes over technical matters or less convincingly in the conservative rhetoric of "war and religion" or constitutional crisis. Mario Cuomo too was his nation's good servant, and he put God first in his personal life. Yet, the Governor also believed that his faith meant minimizing the occasions where difference of opinion would place God and man in seemingly unbridgeable positions. After all, he reasoned, nothing is impossible for the Divine, and as for himself, he whimsically requested that his epitaph be two words: "he tried."