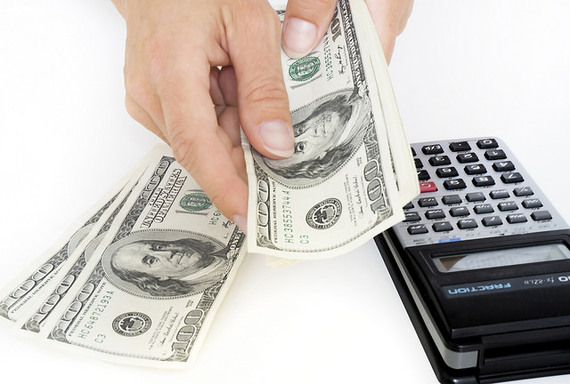 Why settle for ruining the retirement dreams of one individual investor at a time when doing so on a massive scale is far more lucrative? That seems to be the strategy of some retirement plan sponsors, consultants, endowments and their advisors.

The dire state of retirement funds

An article in Zero Hedge describes this sordid scenario in chilling detail.

Pension funds in Chicago and Houston are the latest victims of massive funding gaps that have put future payments to vulnerable retirees in jeopardy. Confronted with these gaps, these pension funds need a return of 7-8 percent in order to meet their obligations. Here's where it gets interesting.

Leaning on a thin reed

The article notes that pension plans have sought to achieve these returns by doubling their allocation to hedge funds over the past four years. Unfortunately, their confidence in hedge fund managers to meet their return objectives was misplaced. The article references a study of five state pension funds over five years that found the median return on hedge funds underperformed Vanguard's 60/40 equity-fixed income index fund by 6 percentage points. The author of the study concluded: "Hedge funds have cost the states tens of billions in opportunity costs the last five years."

Continuing with a flawed strategy

Private endowments are also raising questions about hedge fund investments. The University of Louisville, which has a $646 million endowment, is reported to be severing ties with some of its "poorer performing" hedge fund managers. Unfortunately, it has learned the wrong lesson from this experience.

Michael Kramer, the director of investments at the foundation that oversees the assets of the endowment stated: "We've fired managers and hired new managers." Apparently, Mr. Kramer is unaware of the impressive amount of peer-reviewed evidence indicating this is a losing strategy.

One study looked at the hiring and firing decisions of 3,700 plan sponsors over the 10-year period from 1994-2003. These sponsors engaged in the exercise advocated by Mr. Kramer. They fired poorly performing managers and hired those with stellar performance records. The authors of the study found that for the three years before their hiring, the fund managers had annualized excess returns of 2.91 percent. However, for the three years after they were hired, their annualized returns were a loss of 0.47 percent.

The process of chasing returns yielded post-hiring excess returns indistinguishable from zero. You can find a comprehensive analysis of this study here.

A bonanza for everyone but participants and beneficiaries

The current system works great for hedge fund managers. They charge 2 percent of the money they invest, plus 20 percent of profits above a designated target. Consultants and others who "advise" retirement plans and endowments are also feeding at the trough. Everyone's a winner except plan participants and endowment beneficiaries.

Here's an idea for Mr. Kramer, public pension sponsors, endowments and others. There's a better way. Abandon the discredited notion of "beating the market" through stock picking, market timing and fund manager selection. Dump all of your actively managed funds and alternative investments. Fire your high-priced consultants and anyone whose primary function is reviewing the performance of fund managers and deciding who to fire and who to hire. The daunting odds against the success of this strategy are explained in this white paper by Vanguard.

Instead, limit your holdings to a globally diversified portfolio of low-management-fee index funds in an appropriate asset allocation (which, for pension funds and endowments, is typically 60 percent stocks and 40 percent bonds). This is a responsible, intelligent and academically based way to approach investing.

It is unlikely that institutional investors will adopt a passive strategy, despite the evidence supporting it. My colleague, Larry Swedroe, has explained the reasons for this anomaly.

Until participants and beneficiaries rise up and make their voices heard, this rip-off will continue, on a massive scale.