Herald Price Fahringer had always loomed large in my imagination.

What self-respecting journalist wouldn't want to find themselves as the defendant in a First Amendment case? And this was the guy who kept Hustler publisher Larry Flynt and legendary New York loudmouth and Screw founder Al Goldstein out of jail. He went tooth and nail against the despot Rudy Giuliani, made 15 appearances arguing before the Supreme Court, won numerous Bar Association awards for eloquence, and somehow charmed a federal judge in Kansas City into siding with a Jewish smut peddler. That he personally found pornography "highly disagreeable" only made him more perfect in the role as its defender. 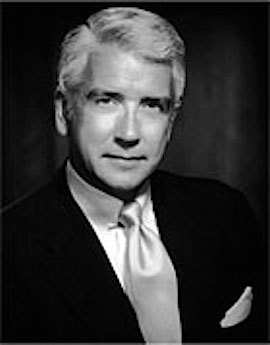 Mr. Fahringer, who died last week at the age of 87, was a giant among men. Jimmy Stewart might have been able to play him in a movie, if he were about eight feet taller. As it was they got John Cusack to play a composite of Mr Fahringer and Larry Flynt's other lawyers in Milos Forman's Flynt biopic, The People vs. Larry Flynt. It was like getting Fred Flinstone to play Abraham Lincoln.

"Freedom is only meaningful if it includes all speech, no matter who is offended by it," Mr. Fahringer once told a jury. "The freedom guaranteed in the First Amendment is indivisible. You can't take it away from Larry Flynt and keep it for yourself."

It's been years since anyone has taken a rifle to a pornographer in America. Mr. Fahringer was there the day Larry Flynt was shot in Lawrenceville, Georgia, in 1978, in fact he had been a marked man himself, only escaping a bullet when he decided to stay in the courtroom to work rather than go to lunch with Flynt.

But prudes and dangerous fundamentalist lunatics still abound -- witness the slaughter of Charlie Hebo editors in Paris and the attack against a cartoonist in Denmark. And Republicans love to bray about enforcing America's "pornography laws," whatever that means. There are exactly none of which I am aware.

A few years ago I wrote a book called Dirty! Dirty! Dirty!, a sprawling history of sex on the newsstand, from Hugh Hefner and Bob Guccione to Flynt and Goldstein (or from Eisenhower to Clinton, if you prefer) and by extension a limited but somewhat racy history of free speech. When I began writing it, Mr. Fahringer was near the top of a long list of potential interviewees.

I called his office, and left a message and he got right back to me. Floyd Abram's secretary, on the other hand, made it pretty clear that her famous boss didn't want to talk to just anyone, and if you could hear a sour stare over the phone, that's what I got when I told her I was writing a history of girlie mags.

But Mr. Fahringer very graciously invited me up to his office and surrendered his afternoon to me and my book. He was generous, and dazzling as was his legend -- not only in his magnificent storytelling, but in his radiant, lawyerly gravitas. He rocked a full head of hair the color of mercury, and favored a wicked dark blue Paul Smith suit that fitted him as if he were born in it. His pocket hanky looked like it could cut glass. Which is why, aside from his winning record, I gave him the nickname the Joe DiMaggio of the First Amendment, but he was too humble to accept it.

Despite his sartorial flash there was an earthiness about Mr. Fahringer. I guess dealing with Flynt and Goldstein you have to have a sense of humor. But you also need patience and an open mind and a willingness to associate with riff-faff for the greater good.

After my book came out I invited him to be part of an event I used to host every year, the Banned Book Party that celebrated America's history of freedom of the press and the authors, artists, publishers, librarians et. al. that helped perpetrate and defend it.

Mr. Fahringer riveted the crowd -- the kind of gently-jaded and naively optimistic literati that comes to shindigs at hip Soho bookstores -- with his story of taking a New York jury to an X-rated movie on the Bowery to see for themselves exactly what had the local gendarme up so upset. Actually it was more of an art film - does anyone even remember I Am Curious (Yellow)? -- but those were the days when you could be shut down for a little bit of boob. He won the case for his client, the theater owner. The crowed in Soho kvelled.

More recently we were in a movie together -- Back Issues: The Hustler Magazine Story -- and boy-oh-boy did he elevate everyone else in the picture, largely well-behaved but ultimately greasy pornographers. Just being near him, virtually, scattered electronically across the ones-and-zeros of a digitally recorded documentary, made everyone look legit.

Gay Talese told me when, I was working on Dirty! Dirty! Dirty! that "we got freedom thanks to the pornographers, not the fucking elite like Alfred Knopf and Farrar, Straus, Giroux. We need a free society and freedom is not won by literary tea parties and well-meaning virtuoso academies, it is won by disreputable people like Al Goldstein."

And it's true. But what he left out was that we needed people beyond reproach to defend them. Mr. Fahringer was not only repelled by the pornography he was fighting for, he looked like he hated it, which helped propel him as the go-to guy to defend men whose reputations hovered at sewer level, the same way that it took a virulent commie-hater like Richard Nixon to cut a deal with China.

Jimmy Breslin once told me that there are four men who we owe for their freedom of speech battles: Al Goldstein, Larry Flynt, Ralph Ginzburg, and Lenny Bruce. What he forgot to mention was that half of them had Mr. Fahringer as their side. In the legal department, at least, the other two didn't fair as well.

The last time I saw Mr. Fahringer, less than a year ago at a ramshackle memorial for his favorite client, Al Goldstein, who had died about six months before. He was still talking about the Banned Book Party. I don't think he got out too much, he was a legendary workaholic, and short of arguing in front of the Supreme Court, that was his idea of a good time. He was in a wheelchair, the cancer that killed him was settling in, but he gave a big thumbs up when I took a selfie of us. "Hey Mike," he laughed, "When are we going to do another gig?" 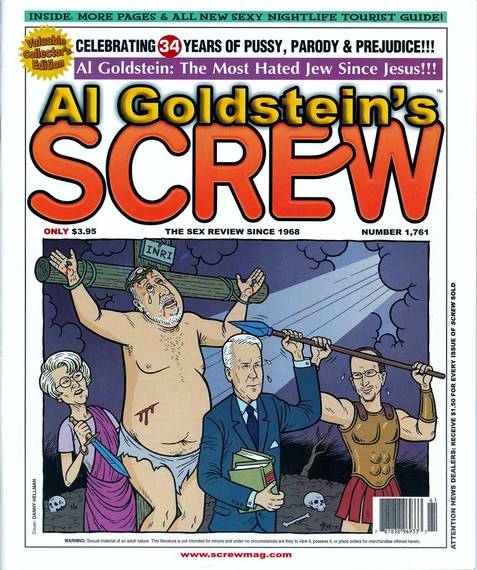