December marks the 100th anniversary of the day Ripley’s Believe It Or Not made its debut.

Creator Robert Ripley started a newspaper cartoon, which he helped build into a media juggernaut that includes books, TV shows and “odditoriums” around the world.

But the oddity empire seemingly has no plans to slip quietly into that weird night, based on the photos from its latest book, A Century of Strange.

As tradition dictates, the new book features freaky photos and bizarre facts about the strangest people, animals and other oddities in the world.

For instance, there’s the woman in Portland, Oregon, who got her snake caught in her earlobe, and the hospital in Portugal that keeps the pickled head of a serial killer on display.

A Century of Strange hits stores Aug. 24, but Ripley’s is giving HuffPost a preview of some of its more unbelievable photos.

PHOTO GALLERY
Ripley's Believe It Or Not! Shatter The Senses 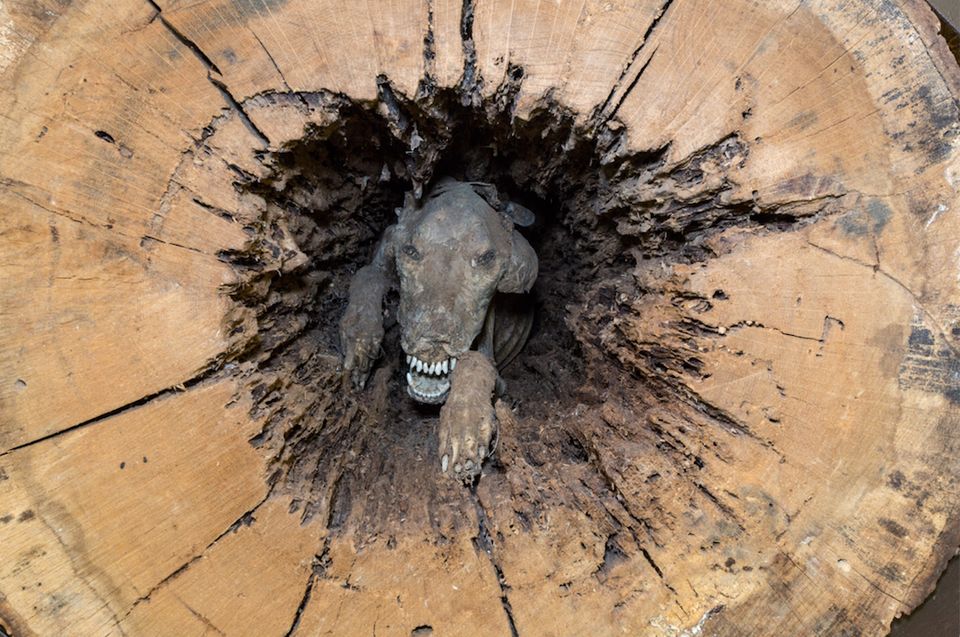 1 / 12
Stuckie The Mummified Dog
The Southern Forest World museum in Waycross, Georgia, is the proud home of Stuckie the mummified dog. A logging contractor found the 4-year-old hound stuck in a stump in 1980. No one knows how Stuckie got stuck, but experts think he has been stuck since 1960.
Ripleys Believe It Or Not