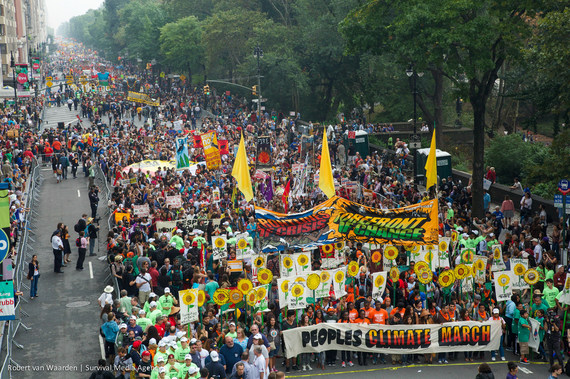 One year ago today, I was standing at the top of Sixth Avenue here in New York City with 400,000 others at the People's Climate March. We stood with our hands raised together in the air -- mothers, students, workers, doctors, climate activists -- each of us there because we believed in the unifying slogan of the day: to change everything, we need everyone.

We stood in silence, until suddenly, like a wave, a roar came echoing up the city canyon. Trumpets, drums and cheers echoed from Times Square all the way to the top of Central Park. Whistles and voices echoed off the city walls. With our silence, we acknowledged the lives lost to this crisis. With our noise, we celebrated the lives dedicated to solving it. 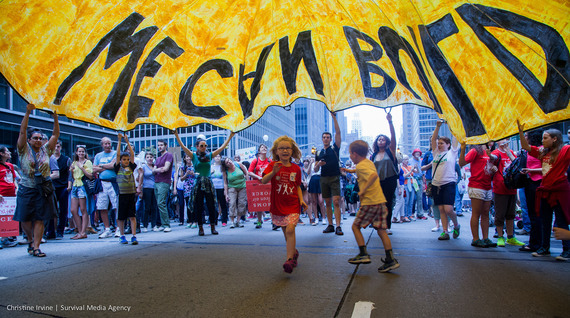 Two days before the march, I'd told a reporter from Rolling Stone that, "Organizing a big march is like throwing a rock in a pond. The splash is exciting, but the real beauty is in the ripples. I'm confident the energy from this march will ripple out in all directions, from fossil fuel divestment fights on campus to the push for a global climate treaty in Paris."

The splash was indeed exciting. The People's Climate March dominated the news cycle, from huge TV coverage (including, much to my pleasure, on Fox News) to an above the fold spread in the New York Times. Along with the main event in New York, there were thousands of solidarity marches around the world, each generating loads of attention. The hashtag #PeoplesClimate had over 1 billion impressions. The day after the march, world leaders from UN Secretary General Ban Ki-moon to President Obama talked about the march and the need to "heed the call" of people in the streets. 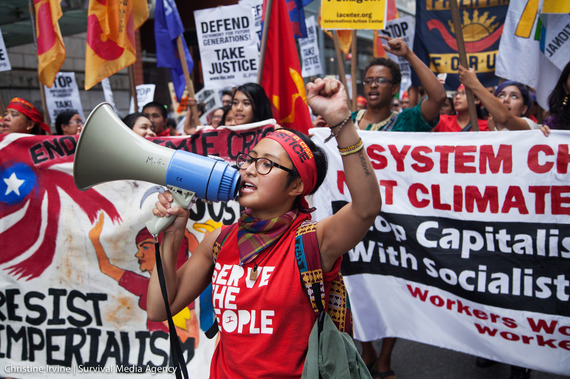 But the real beauty has been in the ripples -- shockwaves that have traveled even farther and faster than we could have predicted at the time. Here in NYC, we've seen a strong year of organizing on the ground, with groups like ALIGN, UPROSE, and NYC Environmental Justice Alliance continuing to lead the way. Our temporary People's Climate Arts space, May Day, has become a permanent addition to the community and new "Sporatoriums," the creative meet-ups where artists plotted the amazing themes and visuals of the march, continue to take place.

Meanwhile, the divestment movement I referenced in the quote has grown in leaps and bounds. The day after the People's Climate March, the Rockefeller Brothers Fund announced that they would divest from fossil fuels. At the time, around 120 institutions representing roughly $50 billion in capital had made a divestment commitment. Since then, thanks to the tireless work of divestment activists, especially on college campuses, the number of commitments has surged to over 400 institutions (we'll be getting the full numbers on the amount of capital at a press conference on September 22). Those new commitments include huge pools of money, like the University of California System, the insurance giant AXA, and the Norwegian Sovereign Wealth Fund. 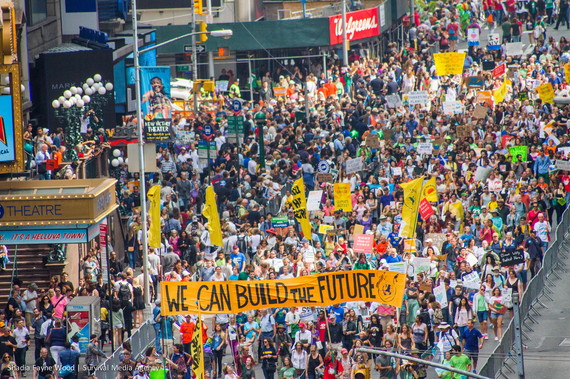 The divestment wave has helped build momentum throughout society for the transition away from fossil fuels. As some institutions commit to divest, many are also choosing to switch to 100% renewable electricity. And as our schools, companies, and places of worship take action, politicians are beginning to follow. This June, G7 leaders committed for the first time to phase out the use of fossil fuels and the goal will now be on the table for the climate talks in Paris this December. There's still much more work to be done -- long term goals without short term commitments often amount to little more than just empty rhetoric -- but there are days where it really feels like the tide is beginning to turn.

We're not organizing another march in New York City this year. Setting aside Star Wars and the Godfather, sequels are rarely better, and successful social movements rarely use the same tactic over and over again. Instead, we're mobilizing this year in Paris and around the world. There will be actions in the US on October 18th, huge marches around the world over the weekend of November 28-29th, escalated action on December 12th, and more major demonstrations taking on the fossil fuel industry next April. 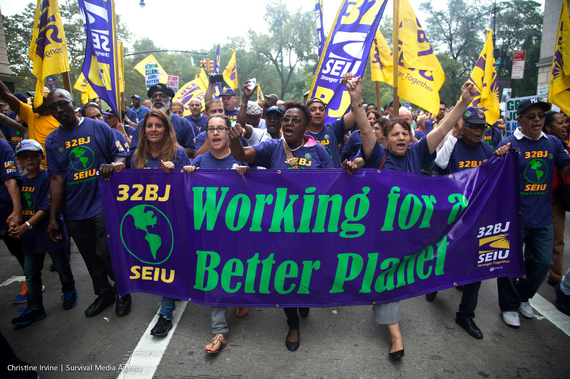 Some years you throw one big rock, other years you throw a series of stones. Both can help rock the boats of power and create ripples that carry our movement forward. The real lesson for me from the People's Climate March wasn't about the last word "march" but about the first word "people." Our work will take many forms over the coming years, from community organizing to mass mobilization, but if we can keep people at the forefront, especially those who are already dealing with the worst impacts of climate change and our pollution based economy, than I'm confident we can keep moving forward. The march continues everyday.