Across the world, nations are seeking out leaders who promise strength. What explains the sudden resurgence of the autocrats, 25 years after the end of the Cold War appeared to have heralded the final triumph of liberal democracy?

The answer unquestionably lies in the specific economic and political transformations that the world has undergone since. The autocrats have risen again in response to the very specific anxieties and displacements born of an increasingly globalized and digitalized world economy.

Liberal democracy is premised on coalition-building, on minority vetoes, on the atomization of power. It was, historically, the ideological product of a period in which nation-states could build up enormous power over the individual.

But, today, the currents of the global economy have instead served to reduce the power of nation-states. The ability of capital to flow across borders has meant states struggle to maintain sovereign monetary and fiscal policies; the ability of individuals to cross the same borders has meant the notion of national community and shared values faces constant challenges; and the internationalization of ideas, whether of religious fanaticism or of "godless" popular culture, threatens shared national beliefs. The turn to national saviors in country after country reflects, perhaps, a desire to reinvent national power and salvage national pride in a world where nations seemed to be becoming irrelevant. 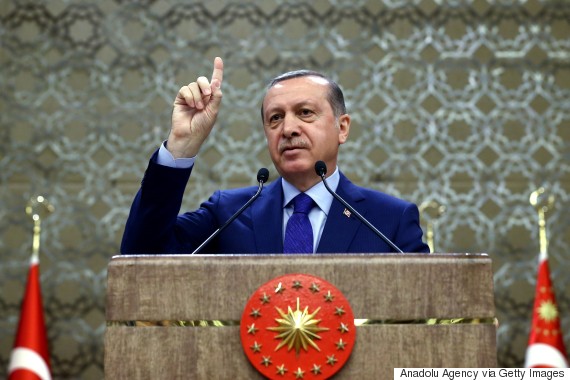 Naturally, almost all of these saviors, whether in the West or not, seek to restore a national pride somehow lost in the age of globalization. Erdogan consciously seeks to recreate the glory of the Ottoman Empire; Shinzo Abe, the grandson of a minister in Japan's wartime cabinet, is defensive of the record of the Japanese imperium; India's Narendra Modi constantly speaks of the glories of ancient Indian culture; and Vladimir Putin is building a cult of strong Russian potentates from Catherine to Peter to Stalin.

But there is more to them than that. Responding as they do to global currents, autocrats across nations also tend to share certain economic and social policy principles.

On social matters, most promise to preserve and reinvigorate the national consensuses over public and private behavior that appear under threat from liberal minorities and permissive global culture. Putin presents himself as the defender of the Orthodox Church. Both Modi in India and Erdogan in Turkey challenge the liberal, secular regimes that monopolized power in their respective countries for decades. Even Abe of socially liberal Japan used his first speech as prime minister to call for "family values" in the educational system.

The autocrats seek to restore a national pride somehow lost in the age of globalization.

Part of the reason why autocrats strongly emphasize traditional values is also economics. Autocrats are often seen as figures who root out corruption. For societies undergoing economic turmoil thanks to technological or regulatory changes that are not easy to understand or internalize, all-pervasive corruption -- and the related suspicion that a network of elites are stealing your economic future -- can become a popular scapegoat. This corruption is interpreted as a sign of decay in the moral order, one that can be righted by the restoration of lost traditional values.

The second characteristic is that today's autocrats are almost all economic nationalists. Many seek to roll back the deleterious impact of globalization on the state's power over the domestic economy. They are thus attached to national economic champions: Putin has ensured that Russia's great public resource monopolies serve as an arm of the Kremlin's power, for example. Modi has disappointed his free-market backers by refusing to privatize India's large and inefficient public sector; and in Egypt, general-turned-president Abdel Fattah Al Sisi has tried to ensure that enterprises controlled by the armed forces are the backbone of economic development.

Market forces that transcend borders are uncontrollable by states; even free markets without free trade tend to decentralize power. If anything, today's autocrats are by and large "national capitalists." The Cambridge sociologist David Lane describes Putin's ultimate aim as "state-led corporate cooperative capitalism, having an electoral authoritarian shell." This could equally well describe the desire of many of his peers. 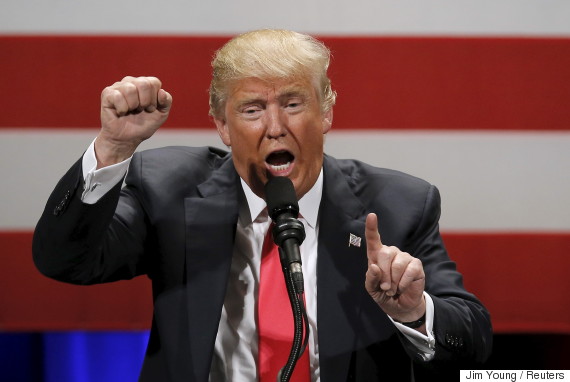 Donald Trump speaks at a campaign event in Milwaukee on April 4. (REUTERS/Jim Young)

In most cases, strongmen are not ideologues. They are programmatic pragmatists, looking for specific interventions that serve national development and enhance their power. Electorally, their promise is "implementation" rather than policy leadership. Thus the economics behind their pledges can border on the magical -- from Donald Trump's commitment to save $10 billion worth of "government waste," to Modi's commitment to double farmers' profits in a few years, to Erdogan's vow to raise Turkish per-capita income from $11,000 to $25,000 in eight years if granted presidential powers.

In the end, it does not matter if their promises don't add up. What the autocrat actually promises is that old assumptions about the economy will no longer hold once he is in charge. By ending corruption, by controlling waste, through better implementation and greater efficiency, by expropriating monopolists and hunting down wealthy tax evaders, the money will be found for populist schemes.

In fact, strongmen possess no answer to the economic stresses of globalization but the seductive power of this narrative. Those who can back it up with commodity wealth, such as Putin, have managed to survive longer. Others very quickly began to struggle to deal with the real constraints on their economies, such as Modi and Sisi. Strongmen are created by global downturns. But if those downturns last longer than is convenient, then they too will find themselves tested, as their promises are increasingly found wanting.

In the end, one of the most important things to remember about the authoritarian leader in the 21st century is that he seeks democratic legitimacy. This much of the promise of the early 1990s remains: Ratification of popularity through an election and the other outward forms of liberal democracy are still considered necessary by autocrats -- perhaps because voters keep on voting for them.

Traditional parties have failed to come up with imaginative solutions to deal with stagnation, displacement, security threats and the vanishing sense of community that many feel.

It appears that in a time of unprecedented and uncontrollable change on so many fronts, assurances of development and security are untrustworthy unless they are embodied in an individual.

If so, then this is a sad indictment of liberal democracy. Traditional parties have failed to come up with imaginative solutions to deal with stagnation, displacement, security threats and the vanishing sense of community that many feel. The vast expansion of trade across the world has created many losers, but very few have been compensated.

The Uberization of the formal economy has gathered pace over recent years and threatens to be as disruptive as was trade. The rise of the robots in manufacturing is on the horizon. And yet, even now, little has been done to anticipate and deal with the stresses and displacements these additional technological shifts will bring.

If liberal democrats of all shades do not learn from their errors of the past 25 years and work on creating a new economic consensus that restores electorates' faith in the tired shibboleths of the post-War West, then the age of the autocrat is with us to stay.