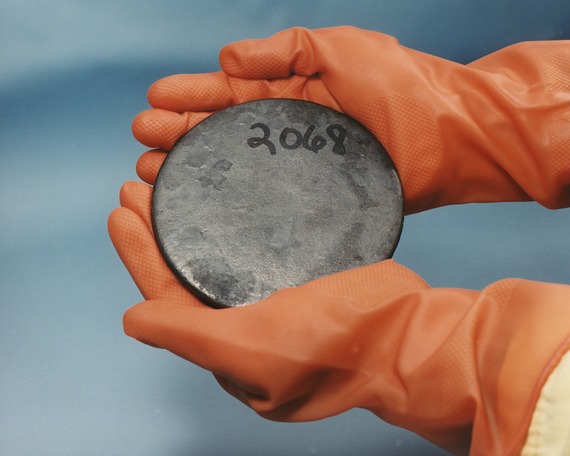 Arrests of Armenians who have crossed into neighboring Georgia to try to sell nuclear materials have increased the past two years, with the latest coming just two weeks ago.

Nuclear non-proliferation experts in the United States and elsewhere are alarmed about smuggling attempts in other countries in the former Soviet Union as well, including Russia, Ukraine and Moldova.

The arrests of most of the Armenians have been in sting operations in Georgia, where undercover officers posed as buyers from Islamic extremist groups.

The reason the arrests have been made in Georgia is that Armenia is a landlocked country, but Georgia has Black Sea ports that could be used to smuggle nuclear material to the Middle East or anywhere else.

Many inside and outside the former Soviet Union feel revulsion toward would-be nuclear-materials sellers.

That's because intelligence officials say ISIS and other terrorist groups are trying to obtain material to build a dirty bomb they could explode in Europe or the United States.

Most people find despicable the notion that someone would put the lives of hundreds of thousands of civilians on the line to make money.

But some ne'er-do-wells across the former Soviet Union are willing to do so with no moral compunction.

Armenians have been particularly active in nuclear-materials smuggling efforts in the region.

The first Armenian to be caught, according to news reports, tried to sneak highly enriched uranium capable of making a bomb into Georgia twice -- in 2003 and 2010.

The United States, which has been a driver of efforts to keep nuclear materials from the former Soviet Union from falling into the hands of rogue states or terrorists, gave Georgia $50 million a few years ago to help thwart smugglers.

Part of the money was used to install radiation detectors at Georgian border crossings, and that proved to be the undoing of Armenian smuggler Garik Dadayan the first time.

When a detector went off as he tried to enter Georgia, Georgian police pounced. He was sentenced to 2.5 years in prison, but served only a few months before being released.

The question of why the original sentence was so light, and why he was freed so quickly after being confined, has never been answered satisfactorily. The suspicion is that bribes were at play.

In 2010, he was arrested in another smuggling effort, this time in cahoots with two other Armenians.

Dadayan supplied 18 grams of nuclear materials to Hrant Ohanyan and Sumbat Tonoyan, who smuggled it into Georgia aboard a train.

The two foiled the radiation detectors by placing it in a cigarette box lined with lead.

Ohanyan and Tonoyan pleaded guilty in a Georgian court to trying to sell the material to a man in the country's capital of Tbilisi whom they believed was an Islamic extremist. The would-be buyer was actually an undercover officer.

Both suspects were desperate to improve their lives. Although the 59-year-old Ohanyan was a scientist at the Yerevan Institute of Physics, he had a meager income. The 63-year-old Tonoyan's gambling addiction had led to his losing a successful dairy business.

There was a lull in Armenian arrests between 2010 and the late summer of 2014. But eight Armenians have been arrested since, heightening the concern of those trying to prevent terrorists from obtaining nuclear-bomb-capable material.

In January of 2016, they arrested three Armenians, also for trying to sneak Cesium 137 across the border.

The latest arrests of Armenian smugglers came in mid-April of this year.

Georgia charged three Armenians and three Georgians with trying to sell the Uranium 238 that was found in the home of one of the Georgians.

Four of the six suspects were pensioners in their mid-70s, Georgian authorities said. The implication was they needed more money to live on.

The question of where all of the Armenians who have been arrested since 2003 obtained nuclear materials has yet to be answered.

As far as the world knows, Armenia possesses no nuclear weapons. It has a nuclear power plant at Metsamor, but there is no evidence the materials that Georgian authorities seized came from there.

There is evidence -- although no "smoking gun" -- that some seized materials came from Novosibirsk in Siberian Russia, authorities have said.

The question about the Armenian smuggling attempts that overrides all the others, of course, is whether they will continue, or even accelerate.

Given Armenia's distinction as one of the poorest countries in the former Soviet Union, unfortunately you can probably bet on it.