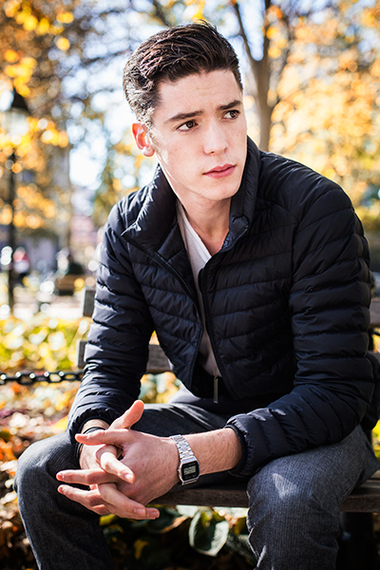 I met up with Pico Alexander at the Cafe at the Signature Theatre on the eve of his 24th birthday. He was taller than I expected with a thick head of hair that he hid under his fedora hat. Pico has a spiritual energy to him, with a look and demeanor that reminds me of a young Johnny Depp. When I make the comparison he smiles and blushes; "He was my favorite when I was a kid. I used to pause the dvd Edward Scissorhands because I was crying so much. I felt so bad for him! Like when he punctured the waterbed or tried to cut the steak. I love that guy. Thank you for saying that." Sodas in hand, we sat down, with piano music playing in the background at the Cafe, and started chatting:

Where does the name Pico come from?
My grandfather started jokingly referring to me as Pico when my mom was pregnant with me. And then when I was born, they wanted to give me a serious name, so they named me Alexander. But nobody ever called me Alexander except for one teacher in sixth grade.

Growing up, you went to LaGuardia High School. What did you focus on?
I auditioned for music and for acting because that's what my parents were breeding me to be. I played classical piano and trumpet for awhile. My mom has this fond memory of me getting into her car after the audition and saying 'Mom, i'm going to be an actor'. But in reality I had been writing that in journals for years.

You are kind of a man of mystery. You aren't very active on social media. You don't use twitter or have an instagram account.
No social media for me.

Why's that?
I think that I spent too much time comparing myself to other people and it didn't seem very real anymore. All of a sudden you have more than a thousand friends and everybody is posting all the best things that happened to them. And it kind of unsettled me really. I started posting a status and waiting to get the likes. If I got the likes then I was validated as a human for that day and if I didn't it was like "f***, nobody likes me"

Who is Pico?
I don't know. I'm trying to figure that out. I'd be hesitant to give any sort of an answer because its always changing.

What would your friends say about you?
They would probably say I'm one of the most immature people they've ever met!

In what way?
I can be my share of selfish and uncompromising and loud and obnoxious and a bit of an asshole and definitely mean to my share of people. And not very empathetic. And these are the things that I'm working on now. It definitely took me awhile to realize that I'm not the center of the universe.

Did your off-Broadway show Punk Rock help in that way?
Sure, I think Punk Rock had an effect. 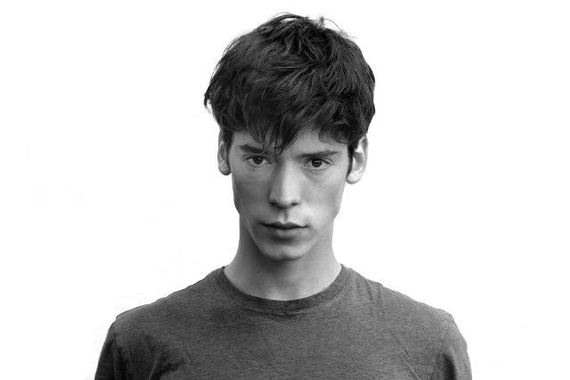 Let's talk about What I Did Last Summer. Who do you play?
I play Ted. He's a local boy, a Canadian. He can be a little bit of a rowdy influence and he's a friend of Charlie, the protagonist. Charlie meets Anna Trumble who is a bit of an outcast and eccentric and she taps into his potential and tells him that he has a gift and he has to work on finding out what it is. She unlocks that for him and he goes and finds out there is more to life than what he originally thought.

Do you have a pre-show ritual?
We pretty much just lose it back there in the dressing room. It's me, Noah Galvin, and Dan Weiner our drummer. We all share the dressing room, get hyped up, and listen to music.

I saw that you played a young Joe Carroll in FOX's The Following. What was it like being on set?
The scene was a lot bigger beforehand. There was a fish in the scene and the character Doctor Strauss puts the fish on the table and its flopping around and the Doctor wants to illustrate to Joe that he's enraptured by it. Which was super interesting because, by law, you are only allowed to take a fish out of water for 20 seconds at a time. So we had a dude standing by with a bucket who would constantly interrupt the scene and grab the fish and throw it in the bucket and take another fish and put it on the table.

What are some of your hobbies?
I'm writing a lot lately. And I'm very fascinated with my dreams. I'm taking a sober year this year. I had a crazy experience at the end of last year. I was away on a small island with my family and I swam in this bio-luminescent bay and thought - it's not going to get any better than this - and on the spot decided to try a year of sobriety as a challenge. Because of that, my dreams are so vivid this year. So I want to really focus on that unconscious self this year and connect with that self and see what it is that I truly want.

Do you meditate?
I meditate a little bit. Not as much as I'd like to.

One question I ask everyone: What's one thing you would tell your 15 year old self?
To slow down. Listen. Observe. Help people. Help them up not push them down. And to be honest. High school is a really tough time for everybody and we don't really understand that at the time. Be honest about your fears and your shortcomings. And just be nice.

What do you like best about yourself?
That's crazy. I never think about that. It's so easy to get wrapped up in melancholy. I think I like my honesty. I'll ask people questions that might be uncomfortable but will also put myself one hundred percent out there. I'd rather fail than be mediocre.

Is there anything that you want people to know about you?
No. He laughs. I'm always weary of putting anything in writing because it's always changing. If I had to choose, I would want them to know that I'm loyal.

For tickets to see Pico Alexander in What I Did Last Summer at the Signature Theatre now thru June 7th, click here.