HONG KONG ― The numbers are in: NASA announced Monday that August 2016 was the hottest month ever recorded since global records began in 1880. Several parts of Asia, including Hong Kong and Singapore, have also recently had their hottest months ever recorded.

Standing outside in the middle of the day in Jakarta, Manila or Mumbai is sometimes almost unbearable. Calling it “humid” would be an understatement. In Singapore, the mean annual relative humidity is 84 percent, frequently reaching 100 percent during prolonged rain. A World Bank report released last week estimates that the “welfare losses” as a result of air pollution have dramatically increased over the last 25 years as developing countries urbanized and industrialized.

This is the environment that millions of urban dwellers in the tropics currently live in. It does not need to be like this. Tropical cities can be made livable again. But it will require governments to make very difficult decisions.

If the people living in tropical cities are to survive our hot future, governments need to radically rethink how they manage urbanization.

Tropical Asia’s dense and overcrowded cities are already subject to the heat-island effect, which makes them significantly warmer than their rural surroundings. As temperatures threaten to increase by a further two to three degrees, as some scenarios by the Intergovernmental Panel on Climate Change predict, tropical cities are quickly becoming unlivable. And this is not even taking into account overcrowding, poor housing and slums, water and sewerage issues, solid waste disposal and the curses of urban traffic and pollution.

Yet like the proverbial frog in boiling water, city inhabitants appear helpless ― as if resigned to their fate with no other options. If tropical cities, and the people that live in them, are to survive our hot future, governments need to radically rethink how they manage the urbanization trend ― and perhaps even consider moving people away from these unlivable cities.

For those who live in temperate or sub-tropical zones (or in climate-controlled rooms), it can be hard to know what a tropical city life feels like. The humid air sits on you, preventing your body from cooling itself properly, thus affecting productivity. For the poor, without air-conditioning, heat can make entire homes unlivable. Night temperatures can be so high that deep sleep becomes impossible. Many have to work in the heat outdoors or in a poorly ventilated, uncooled office, sometimes a long, uncomfortable and pollution-ridden commute away.

The upper and middle classes have an escape from the unbearable heat: air-conditioning. Cooling is not seen as a luxury, but a necessity: as an article in the New York Times notes, “an air-conditioner has become a sign of middle-class status in developing nations, a must-have dowry item.” When air-conditioning first arrived in Asia, it was only available for the wealthy at a time when cities were a quarter the size they are now. But air-conditioning is now wildly popular in Asia, which now makes up half the global market for cooling units.

Rich cities like Singapore have been able to ensure much broader access to artificial cooling; in Hong Kong, opposition politicians blocked the construction of a new homeless shelter, calling its lack of air-conditioning “inhumane.” For well-off households across Asia, air-conditioning is, to quote Lee Kuan Yew, “the greatest invention of the century.” One is perhaps also reminded of Noel Coward’s old song: only “mad dogs and Englishmen go out in the midday sun.” Yet for hundreds of millions in these cities, escaping the midday sun is not an option ― they must live, work and sleep in uncooled and sweltering surroundings.

Air-conditioning is an unsustainable solution to the problem of hot cities. A/C units release heat as waste, which is then trapped between dense skyscrapers. This pushes cooling units to work harder and use more energy. All these units consume electricity, which is likely produced by fossil fuels. As more and more people in the tropics buy air-conditioning, more carbon is released into the atmosphere. A/C units are also a major contributor to other less known but potent greenhouse gases. Research suggests that the energy demand for air-conditioning will increase by 40 times this century, overtaking the energy used for heating by around 2060.

An air-conditioner has become a sign of middle-class status in developing nations, a must-have dowry item. New York Times

Tropical cities in general are getting hotter even before we include the effect of climate change. The combination of heat absorbed by building materials and waste heat from transportation and homes means that cities can be up to 3 degrees warmer than rural areas. The temperature difference is greatest at night, as concrete and asphalt radiate the heat absorbed during the day. Waste heat from cities can even be carried to remote areas by air currents, with some scientists finding a temperature increase of 1 degree in some rural areas due to nearby urban development.

The well-off, thanks to air-conditioning, are insulated from a warming climate, and so there is little political will to make cities cooler. The upper and middle classes live and sleep in climate-controlled apartments, work in cooled offices and sit in air-conditioned cars when traffic is gridlocked. Their children enjoy the same and can sometimes cool off in private swimming pools. But for the vast majority of urban dwellers in tropical cities, these luxuries are out of reach.

The problem of these hot and unlivable cities has been worsened by uncontrolled and poorly conceived urbanization. According to the World Bank, 200 million people (equivalent to what would be the world’s fifth-largest country) have moved to cities between 2000 and 2010. Urban areas have grown by an area the size of Taiwan. These migrants all need housing and transportation. Many are migrants who live in shanties or poorly constructed buildings and often work in uncooled environments that have become unbearable as temperatures have soared in recent years. They sit sweltering in congestion: in Jakarta, where the number of vehicles on the road increases by about 10 percent each year despite no growth in roads, 12 people reportedly died from heat and carbon-dioxide poisoning in a three-day-long traffic jam.

To make matters worse, urban migration often disproportionately targets one city: the capital. All cities are growing, but major cities like the capital attract the most migrants, which tests their provision of basic needs and social services ― in which regard most have failed. One would think that an urbanization drive that is much more equally shared amongst several cities and towns would lessen population pressures, but that is not what has been seen in the developing world because of poor economic policies and regional planning.

It is too often assumed that urbanization and economic development must go hand in hand. It is true that urbanization does unlock economic potential in a country’s population. However, the problem is that many developing countries have not properly controlled and channelled urbanization. The enormous number of man-hours lost in traffic jams and persistent illnesses in crowded and hot cities decreases productivity and quality of life.

Letting people move to the city is “easy” but it is an archaic short-term path to growth with long-term negative consequences, as evident by the all-too-obvious and deteriorating conditions in tropical cites. It is also easy for the government to focus its energy and attention on the capital where big business is concentrated and where the rich tend to live, rather than developing a broad-based program that develops multiple reasonably sized cities and small towns simultaneously.

The well-off, thanks to air-conditioning, are insulated from a warming climate, and so there is little political will to make cities cooler.

If countries in the tropics are serious about mitigating and reducing the effects of climate change, they need to understand urbanization differently and appreciate that their increasingly unlivable cities must be the target of new and daring economic planning and environmental policy. Countries must find a way to channel people to less crowded areas by providing economic opportunities in the countryside and developing secondary towns in order to broaden the economic base. They may need to do something that few have ever considered: moving people out of these large cities to make sure that urban environments are actually livable.

All the efforts to make cities in the tropics adapt to climate change need a fresh dose of reality ― to move beyond hypothetical approaches towards reducing carbon demands, green cars and “smart cities” and toward an acceptance that these cities are too large and unmanageable to survive in a new climate that makes them too hot to live in. Only by cooling its drive to urbanize will Southeast Asia cool its sweltering cities. 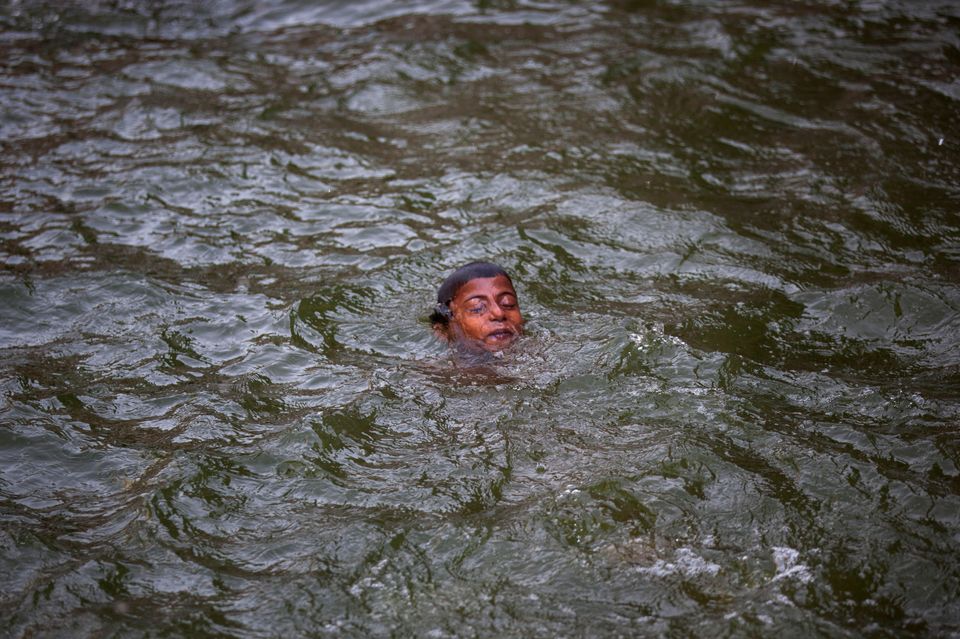