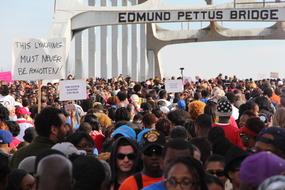 March 7th marked the 50th anniversary of the March from Selma to Montgomery, an event that came to occupy an iconic place in the American imagination about our struggle for civil and human rights. So when my parents and I went down to Alabama to take part in the commemoration of the 50th anniversary of Bloody Sunday, the militaristic state response to peaceful protestors that preceded its realization by two weeks, the importance of attending an event of this kind weighed heavily on my mind.

I've participated in this gathering before, even serving as the mistress of ceremonies for the Freedom Flame awards dinner during the 40th anniversary. It's always remarkable to witness the number of people that make the annual trek to this small, remote town. Nationally recognized politicians walk alongside many of the original planners and participants who are still strategizing, working, and marching. In the same vein, some of the racist bullies who gave everything to prohibit the passage of voting rights are still with us as well. Many of them have spent decades avoiding prosecution for their reprehensible actions. One of my college classmates, who I walked the bridge with this year, prosecuted the murderer of Jimmie Lee Jackson-- the young man whose death at the hands of the police helped catalyze the resistance movement a decade before we were born.

These events are not solely about the pomp and circumstance or even the rituals of remembrance. There is still so much work for us to do in this new millennium. Important components of it happen during moments of convergence like these. 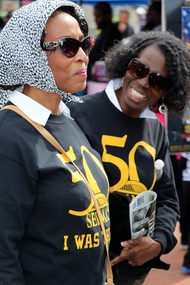 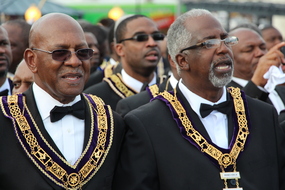 When I go, it's to reconnect with other human rights organizers and socially engaged artists who make this pilgrimage. We get to have some time together to talk about the work we are currently engaged in, build alliances, and bolster support. We share information with the local community and take steps towards creating the kind of society that the people who bore the brunt of state sanctioned violence on that bridge also believe in. It's a different kind of connection than a national conference, but it is an opportunity to collectively rejuvenate via an event that means so much to so many. We walk across one bridge in a physical manifestation of the ways in which we can and should span the psychological chasms that sometimes exist among generations, ideologies, and even organizers--especially important as we confront the challenges of this new millennium.

During a brief speech I gave on the steps of the Lincoln Memorial as we marked the 40th anniversary of the March on Washington in 2003, I laid out my thoughts about what we might face in this new era:

Since then, our rights have been influenced and informed by events we could never have seen coming. This millennium has already been marked by the widespread devastation left after Katrina and Rita, the ill advised effort of some from the right to advance a post racial narrative, Ferguson and the accompanying Department of Justice report, the explosion of state sanctioned violence and police brutality and the rise of the Black Lives Matter movement. And much of this has happened during the two-term tenure of the first Black president -- an occurrence most of my generation and older thought would never come.

In 2015, we find ourselves at a critical juncture in history that needs the kind of intergenerational connections between human rights organizers, socially engaged artists and others that gather for moments like these to shape it. That is why this era of anniversaries, fifty years after a decade as remarkable as the 1960s, is so important. Commemorative events are opportunities both to remember the bravery and victories of the past and to discern how best to engage with and support the organizations and individuals that are doing the work now. 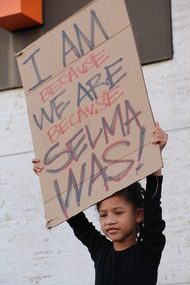 Shani Jamila is an artist and the Director of the Human Rights Project at the Urban Justice Center.