Chris Christie is interested in expanding casinos beyond Atlantic City (because AC turned out so well?) And on Monday the New Jersey state Senate and Assembly gave him a step toward his wish as they approved a referendum for Nov 8 2016 giving Garden Staters a chance to approve two new casinos in northern Jersey.

How will Eli Manning and Danny Aiello vote come November? Apparently the public is not on board with the idea of more casinos. A June poll reports 56 per cent are against expansion out of Atlantic City while 37 per cent are for it.

We have found through our daily polling app Fat Finger that Americans can be of two minds when it comes to gambling. They want everyone to be free to do it, but recognize it deleterious effects.

And only 17 per cent were in favor of laws protecting gamblers from themselves (half the rate as for drinkers and smokers). 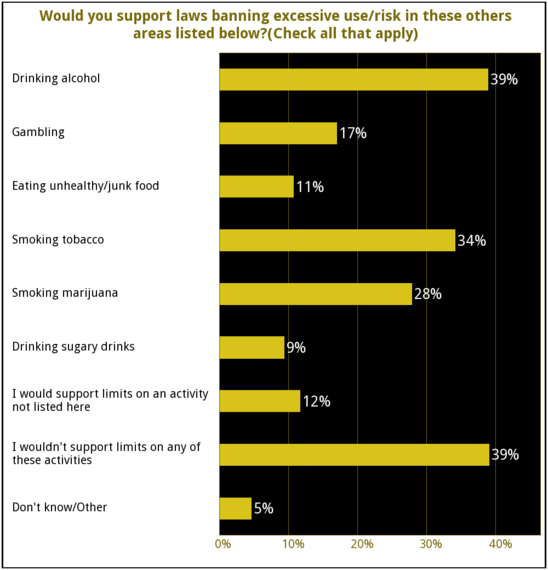 Meanwhile, even as people want others to be free to gamble, they don't want it happening in their backyard-- those that said they would not want online casino gambling in their state outnumbered those that would by nearly 60 per cent.

Of course Christie is not alone among public officials in coveting the revenue that comes with gambling, but there has proven to be a finite amount of money the public are willing to allocate to playing against the house. So it is for good reason that many in New Jersey are worried that the new casinos will simply cannibalize the existing ones in AC much like casinos themselves cannibalize state lotteries.

Which brings us inevitably to Powerball. Giant jackpots trump the gambling competition. Those that say they will buy a ticket for the current $1.3bb prize are 50 per cent more than those that said they would play for the $450mm prize in In Feb 2015. 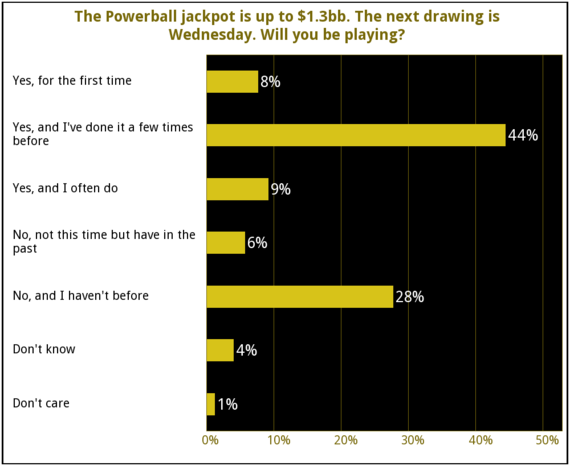 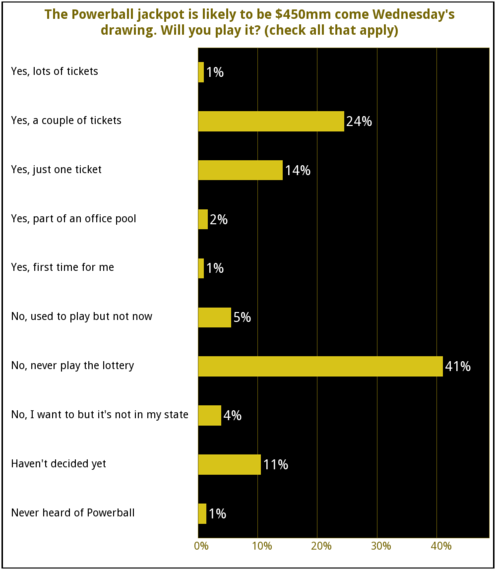 Given that the gambling pie is not growing, a bad month for AC just got worse. As for Christie, if the first casinos were a back door tax on the poor, then new casinos at this level of saturation are a tax on everyone, payable to the construction industry. Maybe Christie is a RINO after all.