A pedestrian is fatally struck by a motor vehicle every two hours on average in the U.S. But a new study suggests that it may be possible to cut down on that number simply by swapping out road signs featuring those familiar static-looking stick figures with signs bearing active-looking figures.

"A sign that evokes more perceived movement increases the observer’s perception of risk, which in turn brings about earlier attention and earlier stopping," study co-author Dr. Ryan Elder, a professor of marketing at Brigham Young University in Provo, Utah, said in a written statement.

For the study, the researchers used driving simulators and eye-tracking technology to gauge how fast male and female motorists reacted to various road signs. The data showed that motorists react an average of 50 milliseconds faster to dynamic-looking signs than to the road signs now in use across the country.

“If the figures look like they’re walking, then your brain doesn’t worry about them shooting out into the road," Elder said in the statement. “But if they’re running, then you can imagine them being in front of your car in a hurry... Our minds want to continue the motion that is contained within an image—and that has important consequences.”

Important consequences, indeed. In 2013, 32,719 people died and around 2.3 million people were injured in auto accidents nationwide, according to the National Highway Traffic Safety Administration. And motor vehicle crashes are the leading cause of death for young people, ages five to 34, in the U.S., according to the CDC.

The study was published online Feb. 18, 2015 in the Journal of Consumer Research.

Editor's note: The study was led by Dr. Luca Cian, a post-doctoral scholar at the University of Michigan—Ann Arbor and Dr. Aradhna Krishna, a professor of marketing at the university. 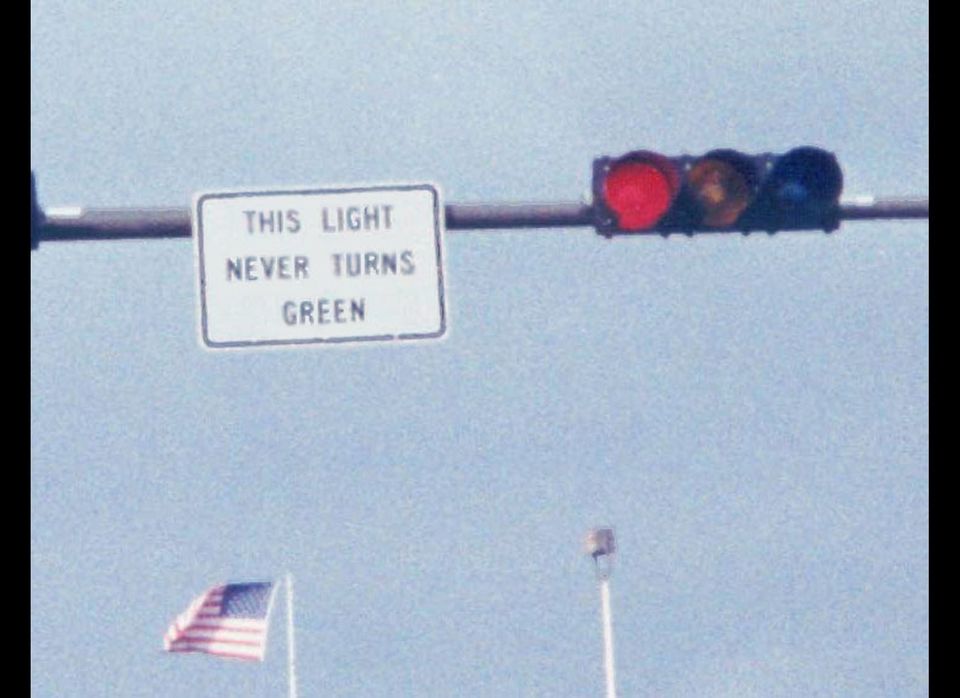 1 / 7
Traffic light from hell
At least you know where you stand... or sit, idling in park for ever.<br>Where: Florida, USA<br>Credit: Richard Gaebler