The Great American Road Trip can become even greater when you tweak a few simple things about your approach.

Heed our advice, grab a couple close friends, and get out there on the best trip of your life.

1. Make a plan, but not a rigid one.
If you’ve got a time limit (as most road trippers do), it’s smart to plot out which city you’ll sleep in each night before setting off. Plan so your driving time is eight hours or less per day, but don't plan anything more than that. Then watch as your days become hilarious sagas of driving, wandering, and following your wild road trip whims.

2. Don’t research your stops beforehand.
Ahh expectation, the grand crippler of many a road tripper’s happiness. On a road trip, your schedule has extra room, so you can afford to enter a new city with no prior knowledge of what you’ll find. Being relatively clueless has benefits: When you don’t know what to expect at a stop, you can’t possibly be let down by what you discover. And when you’re not bee-lining for the city’s most-visited tourist locales, you leave the door wide open for weird little discoveries… of the city’s true gems.

3. Find the “world’s largest” everything.
Ok so if there’s one thing you’re allowed to map out, it’s all those places that claim to have the “world’s largest” version of whatever, because they make for some hilariously off-beat sights. There are tons and tons of “world’s largests” along our highways-- highlights include the Giant Artichoke in California and the World’s Largest Freestanding Illuminated Man-Made Star in Roanoke, Virginia. 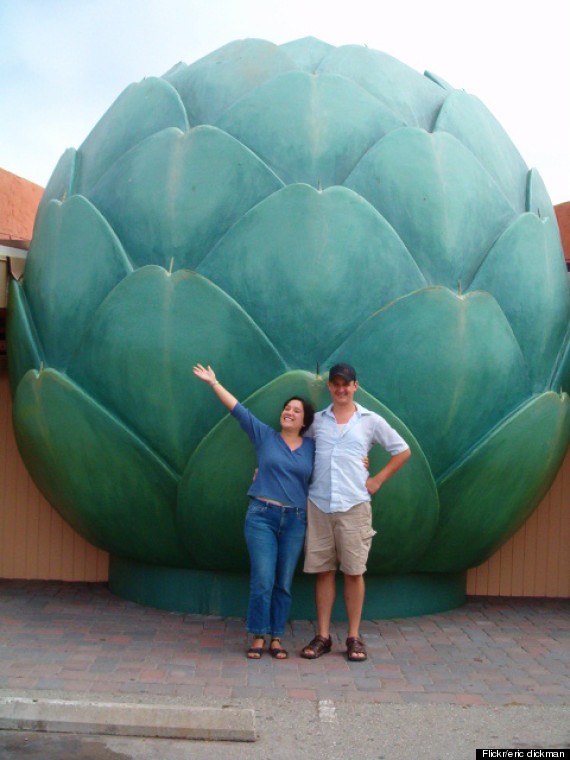 4. Bring a real, actual map and a really big Sharpie.
Google Maps is awesome for driving directions, but it’s infinitely more fun to track your progress on a real, printed-out atlas. Trace your route on the map as you go along, then hang it in your bedroom or office to smile at every day.

5. Pack light so there’s room to collect.
You’re going to find an authentic Apache rug in New Mexico. And an awesome mounted deer head in Texas. And a year’s supply of syrup in Vermont. It will be such a bummer if your trunk is too full of suitcases to stow these finds.

6. Get a gas card.
You’re gonna be buying a LOT of fuel, which can translate into a LOT of free fuel points, cash back on hotels, and discounted groceries.

7. Bring a CD.
Yes, a real live CD. With 12 songs or less that you’d be semi-comfortable hearing for two weeks straight. Stick it in the car’s CD changer old-school style, and run through it every day without skipping tracks. It won’t seem like a big deal. But months later, when one of those special road trip songs comes on at the grocery store or in a bar, you’ll find yourself transported back to your trip in a way only a song could transport you.

8. Buy a 30 rack for the trunk.
We’re not advocating any illegal activity, but it is always nice to have some beers in the back. You never know when a beautiful roadside sunset or especially scenic overlook will call for a few brews. 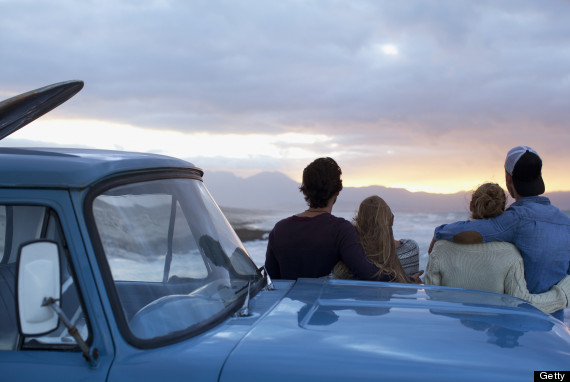 9. Practice making new friends.
You can keep to yourself at home, but a road trip is not the best time to do so. Chat up your grocery store cashier. Ask the motel staff for shopping suggestions. Be bold and join a Frisbee game at the park. Locals know their area best, and they’ll lead you to the best activities once you break the ice.

10. Carry cash for tolls.
Toll roads can pop up in the most bizarre of places, and their fares might be higher than you expect. Stock your center console with dollars and coin rolls so your mailbox won’t overflow with fines from the Kansas Department of Transportation when you get home (not that it’s ever happened to us).

11. Announce your whereabouts.
Text someone -- a friend or your parents -- the name of the place you stay each night and which city you plan to reach by the next night. In the very rare event that anything sketchy happens, it’s good to have a public record of where you are.

12. Make up your own road games.
Unlock the “are we there yet?” child within and use your pent-up creativity to pass the time. Play a game of “seven questions” instead of 21. Re-cast your favorite movies using you and your trip mates as the actors. Count how many times you see the word “chicken” on a billboard. Get funky with it. 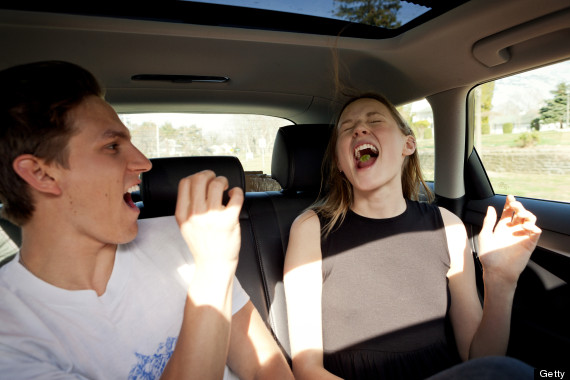 13. Ask a local where to eat.
Nine times out of ten, a local will lead you to a tastier, cheaper dinner with better ambiance than a guidebook could ever suggest. Find a local who looks like they know what's up, and ask the simple question.

14. Limit phone calls to the outside world.
Road trips are all about being wild, abandoned and free on the open road. They’re also about bonding in a special way with your trip mates while spending hours and hours together in that tiny box on wheels. It might be tempting to spice things up with phone calls to your friends back home, but limiting those calls will pay off when you’re able to really get to know your fellow travelers and really soak in the amazing sights around you.

15. Bring a spare car key.
It might sound like a no-brainer, but there are some people (cough, us, cough) who have not been so wise.

16. Follow those weird billboards.
You know, the ones that say “Free Chocolate Samples This Way” and “Second-Friendliest Yarn Store in The Universe.” These places aren’t creepy; they’re cool. And they are often gleeful small-town destinations never before seen by your big-city eyes.

17. Embrace the gas station.
Some are gourmet. Some, less so. But they’ve got cheap eats, classic candies, bathrooms, and fuel all in one. Stop at gas stations often, and you’re bound to hit some stellar ones -- the one with the five-legged cow or the ones with the mix-your-own-milkshake machine -- which will positively make your trip. 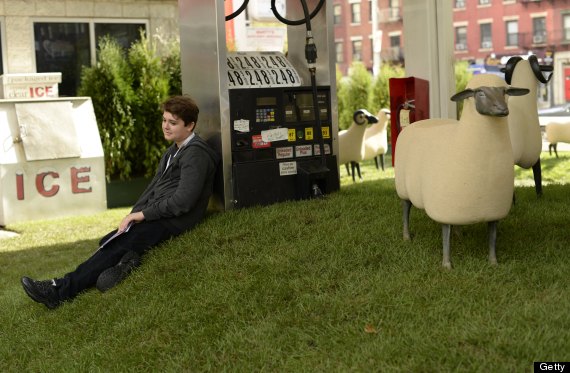 18. Take pictures!
…and not just the Instagram kind. Road trips are prime fodder for beautiful scrapbooks and bulletin boards once you get home.