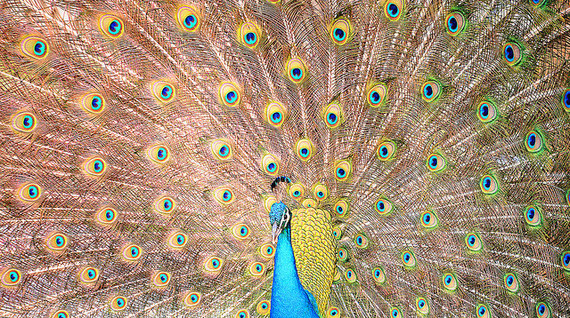 U.S. Route 27, a 1,373-mile highway that runs from Fort Wayne, Ind., to the tip of the Florida peninsula, travels in Florida from north of Tallahassee down to Miami, ending not far from the Miami International Airport. It was once a major road used by those in the Midwest, Tennessee, Kentucky and Georgia to journey to Florida before major interstates like I-4 and I-75 were built, says Mike Camarano, a senior cartographer with AAA.

U.S. 27 provided a direct entry to the state's less populated central areas, says Camarano. The road's designation as an official U.S. interstate highway in the 1950s helped contribute to the growth of towns like Sebring, which is located smack in the middle of Florida. On a map, Route 27 in Florida looks like a spine --hence its nickname as the backbone of Florida.

The stretch of Route 27 from Sebring to Miami travels through orange groves and cattle ranches before it takes you through miles of sugarcane and sod fields, and, finally, through Miami's city vibe. Here are eight must-see stops along the southern stretch of the road, driving from north to south: 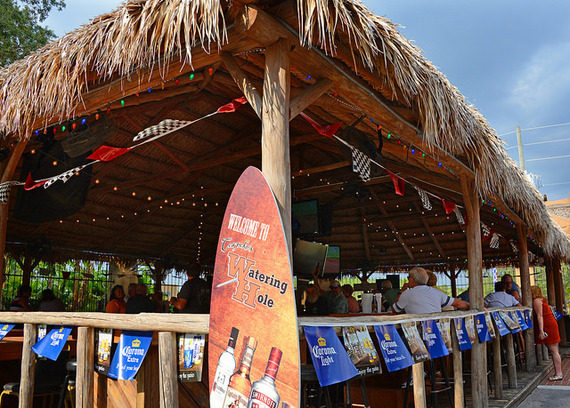 At Cowpokes' Watering Hole in Sebring, you can chow down on steaks and locally sourced seafood, and you can listen to live music in the Tiki Bar on certain evenings.

When you see the statue of a Black Angus cow out front, you'll know you've reached Cowpoke's Watering Hole. The restaurant is located in what used to be a local dive with a 14-foot alligator on display, but now it's famous for prime-cut steaks and fresh seafood, as well as its tiki bar. It's also the go-to place if you're into garlic, thanks to the restaurant's locally famous garlic butter and garlic mashed potatoes.

If you have a hankering to mine for gemstones while you're traveling Route 27, this is the place to do it. Owner James Knauff, aka "GreenMan," imports gemstones from around the world and gives visitors a chance to "mine" for them when they buy a bucket for mining. You can sift through the sand in your bucket to find gems like amethyst, but you may also come across 90-million-year-old fossils and shark teeth, says Knauff. The adjacent GreenMan Curio Shop sells incense, candles, gemstones, Celtic jewelry, mystical books and even spells. 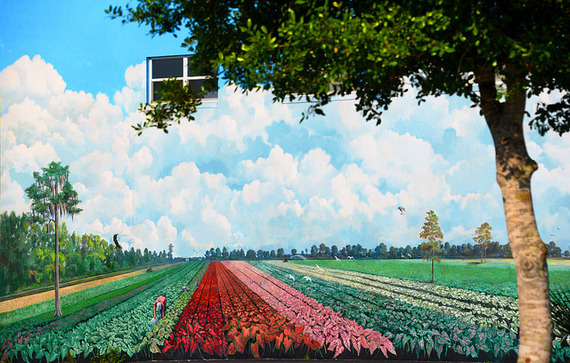 Lake Placid is known as the Town of Murals and also as the Caladium Capital of the World. It has more than 40 murals painted on buildings throughout town and was named Most Interesting Town in the U.S. in 2012 by Reader's Digest.

Four reasons to go view the murals of Lake Placid:

1. See how Lake Placid residents Harriet and Bob Porter got inspired by murals they saw during a motorcycle trip in British Columbia more than 20 years ago. They thought their quaint town of Lake Placid deserved its own murals to chronicle the town's history.

2. Most of the town's 40-plus murals, painted by professional artists on the exterior walls and windows of local businesses, feature a hidden item to find. Look for the baby bird in the nest in the caladium fields mural or the dollar signs in the mural depicting a 1931 bank robbery.

3. Listen to Cracker cattle herded along by cowboys when you visit the massive Cracker Trail Cattle Drive mural, which features sound. Cattle ranches in Highlands County -- one of the biggest counties for beef production on the East Coast -- sponsored the cattle that appear in the mural.

4. Check out The Art of Clown School, a mural in honor of Toby's Clown Museum and School, located in Lake Placid. 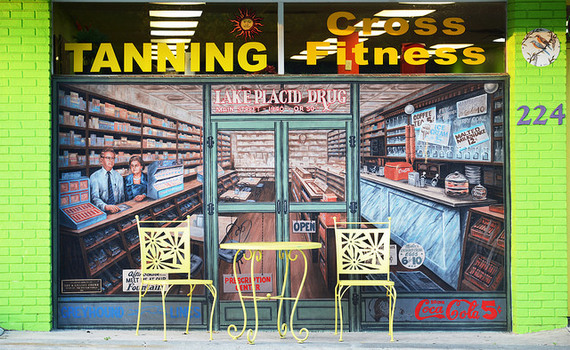 Lake Placid, known as the Town of Murals and the Caladium Capital of the World, has more than 40 murals painted on buildings throughout town and was named Most Interesting Town in the U.S. in 2012 by Reader's Digest. 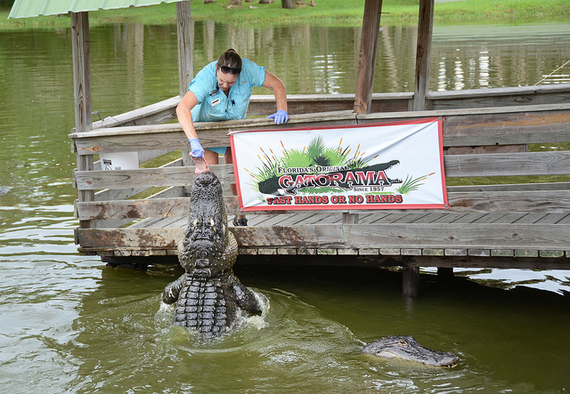 Sherri O'Neal, manager at Gatorama, feeds the gators during one of the two feeding shows at the popular roadside attraction.

If you want to see an alligator while in Florida -- and who doesn't? -- then Gatorama's thousand or so gators and crocodiles are ready for you. Gatorama's been part of the Route 27 landscape near Palmdale since 1957. After you pay to enter the park, you step onto a covered walkway that gives you a close view of gators sunning themselves on land and swimming slowly in the water right below you. For the real action, come during Gatorama's feeding times, when gators enjoy a lunch of raw chicken. When you get your fill of gators, the park also has wild animals like raccoons, bobcats, panthers and baby alligators and crocs to view. 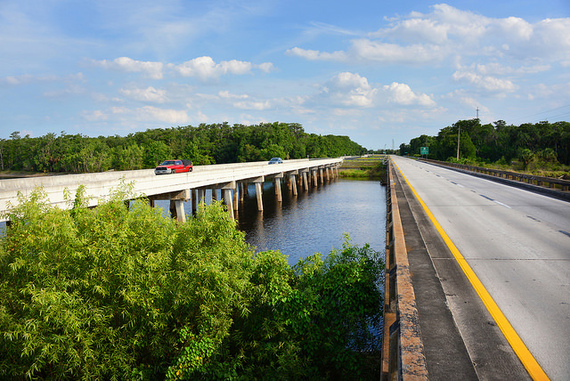 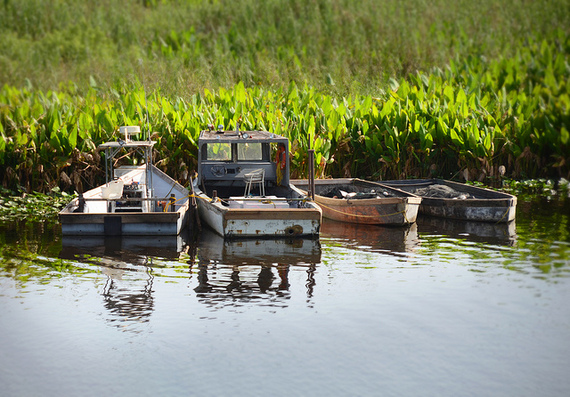 Clewiston is in the heart of Florida's sugar country, but it's also home to a small fleet of professional fishermen.

Self-proclaimed "America's Sweetest Town," Clewiston is the heart of South Florida's sugar country. In 2012, the state's sugar industry provided 49 percent of the total U.S. value for sugarcane for sugar and seed. Discover the town's "sweet" history at the Clewiston Museum, where you can also find out about the seasonally available Sugarland Tours, which give a up close view of sugarcane farms, says Pam Kelley, who chairs the town's annual Sugar Festival. You can also stop by Katy's Seafood Restaurant for a cup of refreshing sugarcane juice. While at Katy's, a plate of fried pork chops, beans and tostones (a plantain dish) will set you back only $7.50. 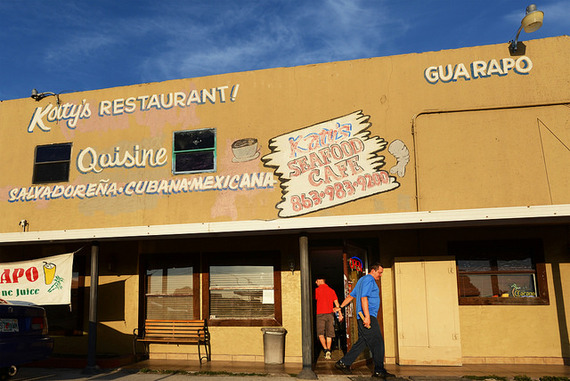 Clewiston, dubbed "America's Sweetest Town," is the headquarters of the U.S. Sugar Corporation. Visit the Clewiston Museum for a dose of local history and then stop by Katy's Seafood Restaurant for a glass of refreshing sugarcane juice.

It's the second largest freshwater lake in the U.S., and it's so big you can see it from space. Lake Okeechobee is a gem for bass fishing -- as well as other sport fish -- but watch out! Bradenton resident Bob Fowinkle tells a story about when he and a buddy were on a boat in Lake Okeechobee and reeling in a good-sized bass. They got the bass out of the water when a 6-foot alligator leaped out of the water and snatched the fish away. "He came out of nowhere," says Fowinkle. The lake's fishing bounty is so well-known you may even rub shoulders with professional fishermen during your visit, says David Sampson of Sebring. "You can't go to Okeechobee without catching a fish," says Sampson.

Although you can't see the immensity of Lake Okeechobee from Route 27, you can visit pull-off areas like John Stretch Park in Clewiston to have a picnic, bike along the lake's scenic trail or glimpse one of the lake's many waterways. 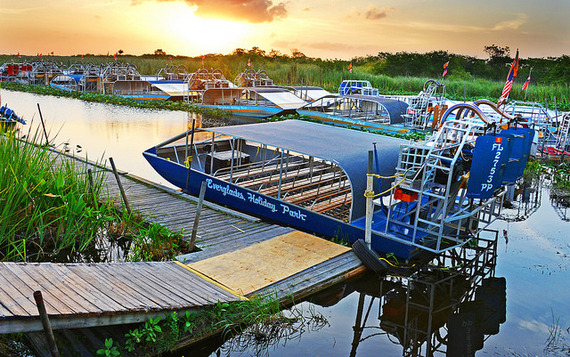 At Everglades Holiday Park just south of Sawgrass Recreation Park, climb aboard a state-of-the-art covered airboat for an unforgettable ride into the Florida Everglades.

Four things to do at Sawgrass Recreation Park in Weston:

1. Take a 30-minute ride into the Everglades aboard airboats with names like Gatorade, Osprey and Copperhead. The park offers regular daytime rides and twice weekly night tours.

4. Visit the animal exhibit to see a Burmese python, a panther, bobcats, iguanas, ducks and even Max the peacock, among other critters. Most of the animals at Sawgrass were rehabilitated from injuries or rescued from poor living conditions. 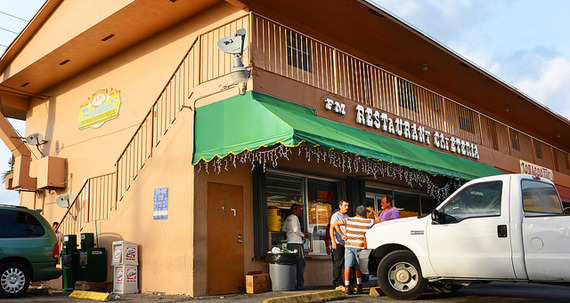 Soak up some neighborhood Latin culture at the FM Cafeteria in Miami, where you can get cheap, hearty food and lots of Cuban coffee.

End (or begin, if you're driving from south to north) your U.S. 27 journey with Cuban flair at FM Cafeteria in Miami. Hole-in-the-wall cafeterías like FM have been the foundation of Cuban community gatherings for decades, says Miami native Hilda Fernandez. Come by for breakfast at FM, sit at the 1950s style diner counter and order a café con leche -- you'll get a warm cup of milk along with a small metal cup of espresso that you can pour into your milk. At lunch, indulge your taste buds with a Cuban sandwich made with ham, pork and cheese or order a frita cubana -- a Cuban hamburger complete with seasoning, beef, sausage and shoestring potatoes on top. Enjoy the rhythmic salsa and bachata music playing from a local radio station while you eat and watch the servers gossip with customers both inside the restaurant and through a walk-up take-out window. 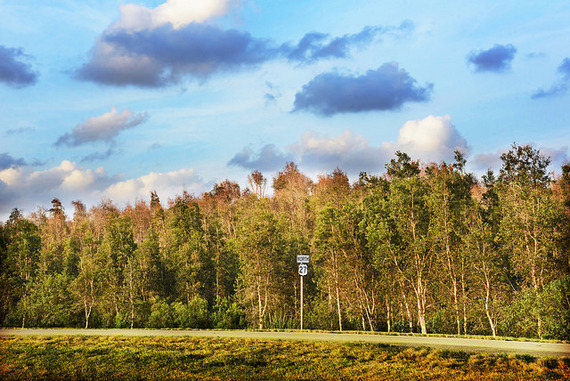