A group of Instagrammers came together in Columbus, Ohio, on February 5th for the opening of the Mobile Photo Now exhibit at the Columbus Museum of Art (check out all the photos at www.columbusmuseum.org/mobilephotonow). Many of us were friends on the app and just meeting in person for the first time; we celebrated our new bonds in the grand tradition of convivial posses throughout history--with a road trip.

Oak Openings Preserve is one of several "metroparks" in the Toledo, Ohio, area. Two years ago, Toledo resident and Instagrammer Eric Shanteau (@hobbes2485) posted a compelling image of a specific wooded area in the park that inspired fellow Toledoan and IGer Eric Ward (@littlecoal) to seek it out. Eric Ward stumbled upon what he thought was "The Spot" and shared it on the app with Eric Shanteau. The two became friends and began visiting the location together and with other locals. As stunning photos of "The Spot" began being posted more frequently on Instagram, people from outside the area started coming to shoot there. Eric and Eric have since brought 'grammers from all over Ohio to the stunning oak forest, as well as photographers from Michigan, Washington, D.C., New York, New Jersey, Virginia, Minnesota, California, Pennsylvania, and Wisconsin.

And so a dozen of us traveled 143 miles from Columbus to see "The Spot" for ourselves. There were three Erics and two Jills among us; we had a ladder, two umbrellas, and props galore. 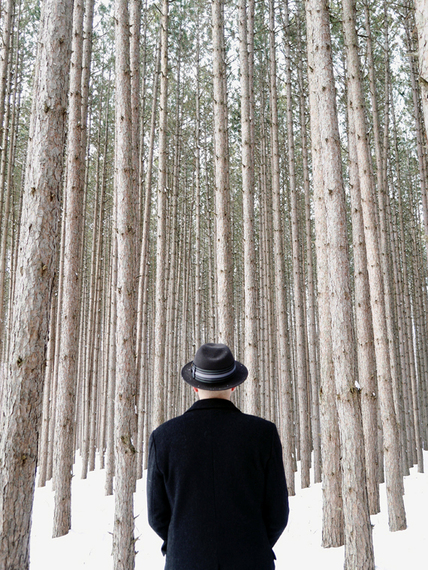 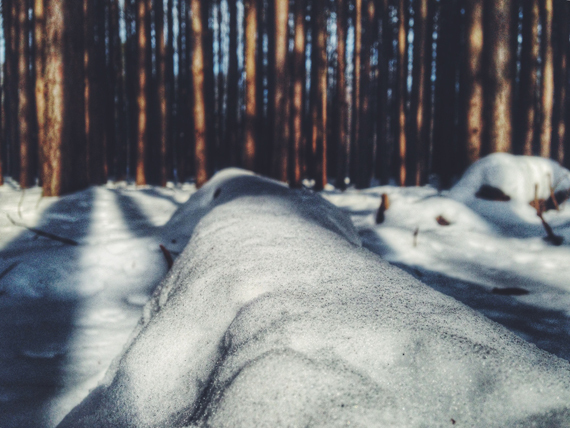 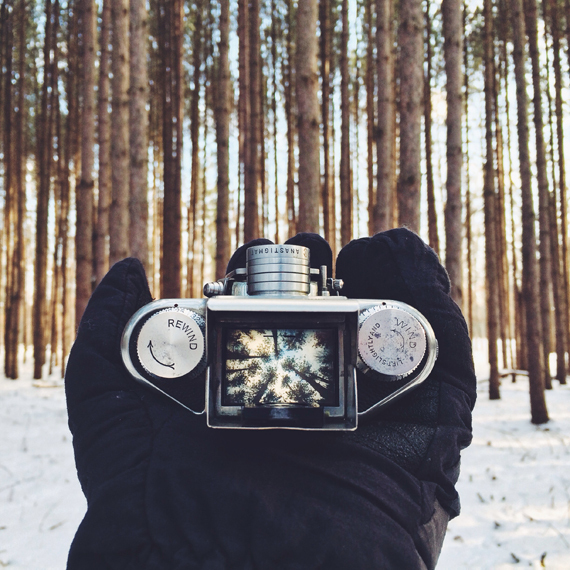 Eric Ward's Bolsey Model C twin lens reflex camera was passed down to him by his wife's grandfather. Photo by Eric Ward (@littlecoal) 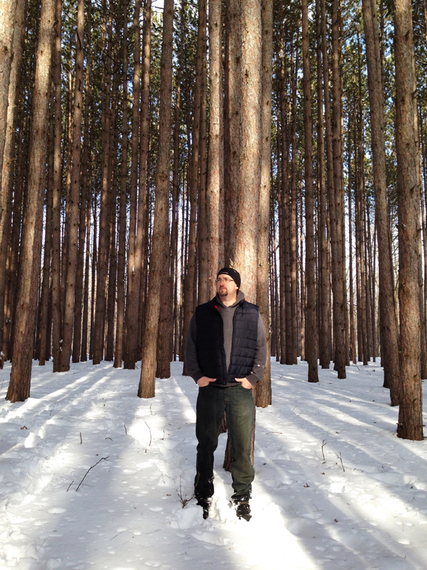 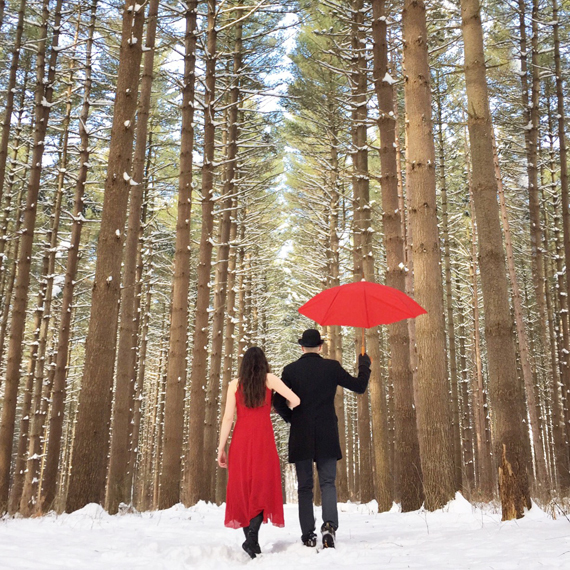 The Lady and The Gentleman (Emily Hinchcliff and Eric Mueller), photo by Jill Emmer (@shineonyoucraydiamond) 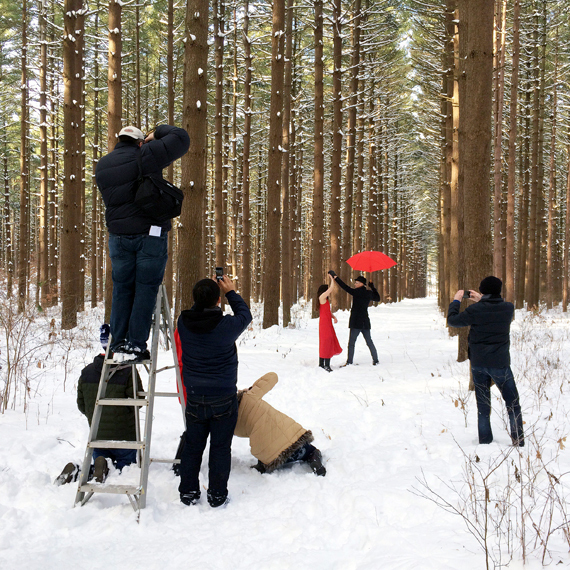 If an Instagrammer falls in the forest, does it make a sound? Photo by Jill Shomer (@jillshomer) 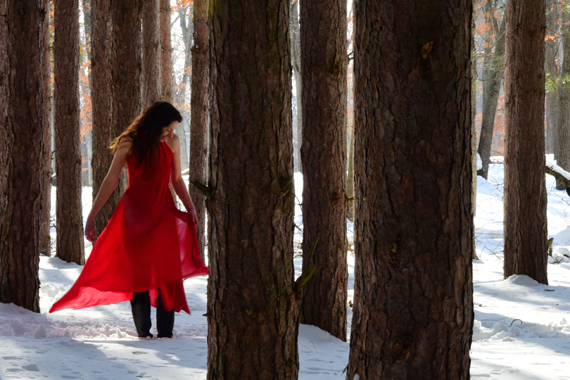 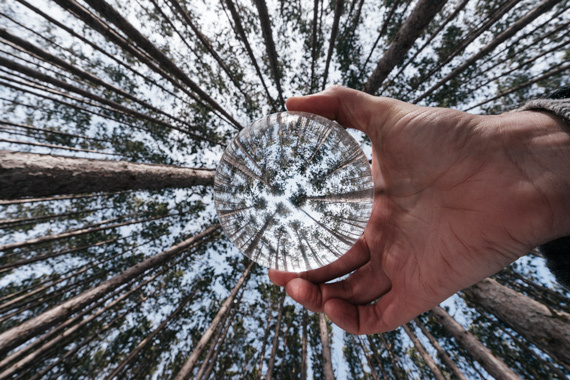 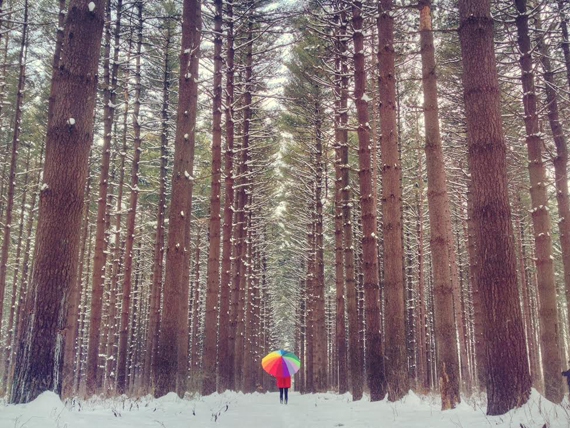 Under the rainbow (Jill Emmer), photo by Eric Shanteau (@hobbes2485) 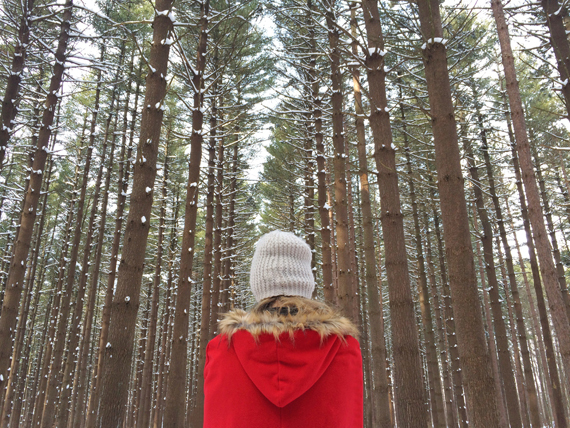 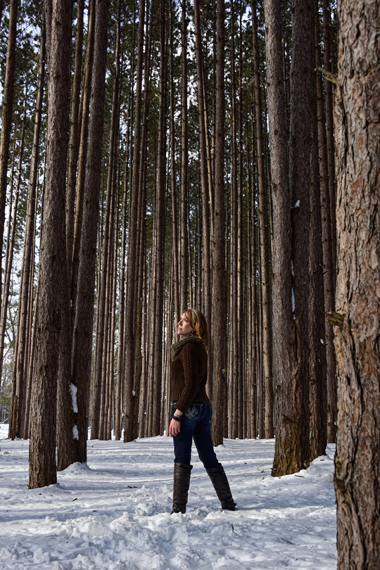 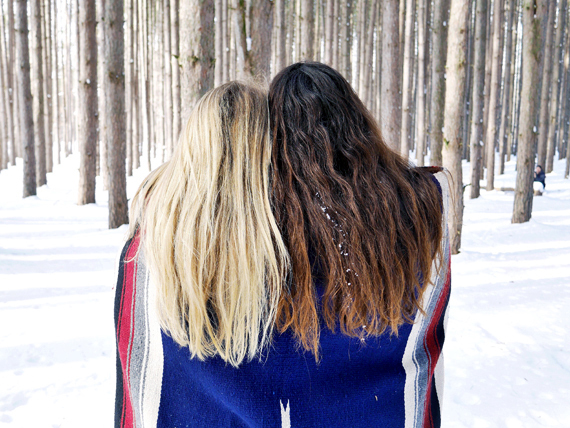 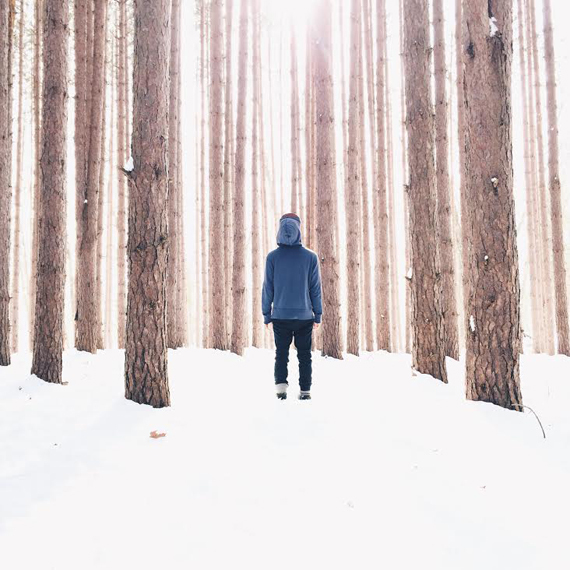