Roald Dahl died 20 years ago. His life was filled with adventure, tragedy and incident. He was born in Wales in 1916, the only son of two Norwegian emigrés. After a conventional private education, he went to East Africa to work for Shell Oil and joined the Royal Air Force to train as a pilot when war broke out in 1939. He saw action in Greece and Palestine, before injuries sustained in a plane crash, caused him to be invalided out of active service.

Dahl often maintained that it was this "monumental bash on the head" that led to his becoming a writer. Initially he wrote stories about his experiences as a wartime flyer, then he became famous for tightly-wrought short stories with a dramatic twist at the end. His publishers dubbed him the Master of the Macabre. In his late 40s, he started writing for children. Many of his books, most notably "Charlie and the Chocolate Factory," "James and the Giant Peach" and "Fantastic Mr. Fox" are now acknowledged as timeless classics of the genre. He was married for more than 25 years to the actress Patricia Neal who died earlier this year.

Roald Dahl Said A 'Monumental Bash On The Head' Led Him To Write: 8 Intimate Details Of The Writer's Life From 'Storyteller' (PHOTOS)
Roald Dahl storyteller 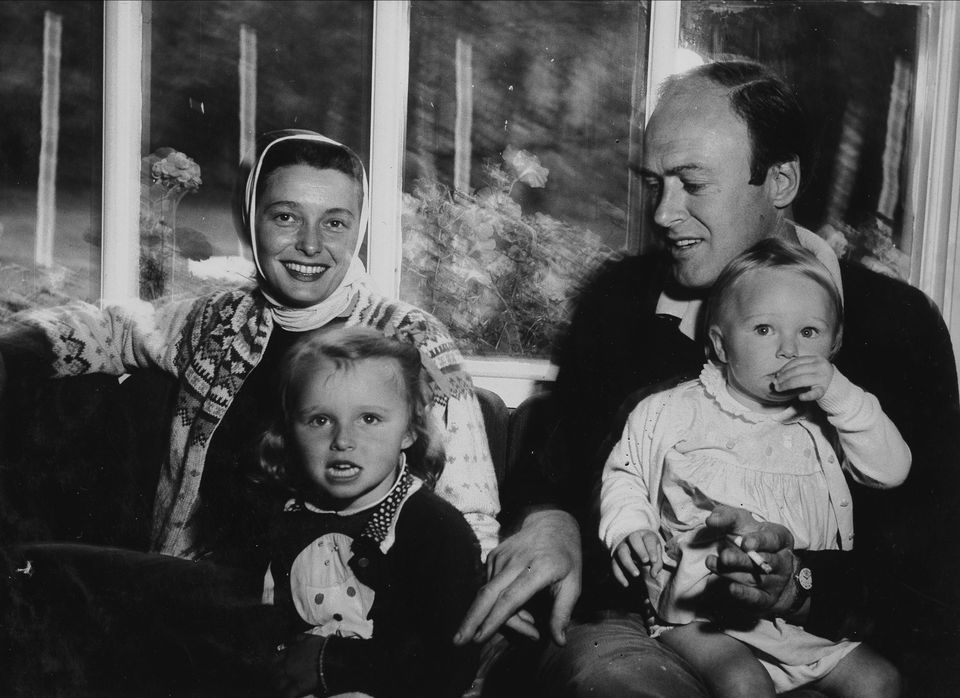 1 / 8
Pat, Olivia, Roald and Tessa on Holiday in Norway, 1958
Dahl was very proud of his Norwegian ancestry and took his young family to the land of his ancestors every summer, where he recreated the holidays he had himself experienced there as a child. He later described these vacations as "totally idyllic ... The mere mention of them used to send shivers of joy rippling all over my skin."