I imagine I am Alison Parker, doing a live shot, yet another live shot, one of a dozen that will fill the work week.

I imagine how the sun rises behind her in the moments before it happens, how her photographer Adam has to adjust his camera to accommodate the encroaching fingers of light.

Maybe she learned her assignment that morning, when she walked into her newsroom at 3:30 AM and a producer told her she would be interviewing a woman about business redevelopment.

Maybe they were lucky to be able to park their truck near somewhere with a bathroom, so they could drink coffee in between live shots and stay awake until the show ended and they got their next assignment for the day.

Maybe they chatted between their two to four live shots, sharing the sort of intimacy that comes from spending the majority of your waking hours together. 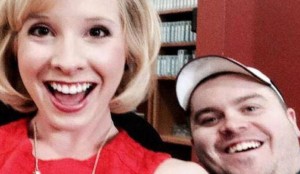 Maybe Alison already knew, even in her short time in the business, that if news broke, the chamber of commerce story was out the window and she was off to the shooting/car crash/fire/robbery.

I can barely stand to think about the seconds leading up to the shooting. I have been her, hundreds of times in 23 years, ignoring the person I see walking up out of the corner of my eye. I cannot look at or be distracted by the passersby, the lookie loos or the rabble rousers, because I am on live television. 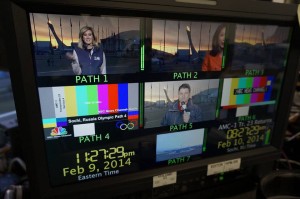 But I see you. And I hope that you let me finish my live report before you do whatever it is you've walked up to do.

Sometimes they simply want to say hello. Sometimes they want to cause a scene or get behind me and attract attention for themselves. I have been spit at and spit on and cursed at and yelled at and shoved and goosed and grabbed over the course of my career.

I have been frightened. I have heard gunshots, witnessed fights, have had photographers fend people off for me while I am still making coherent complete sentences on live television.

The live aspect of our business is just one of the many reasons that television news is not for the faint of heart.

Nor is it for the thin-skinned.

And in the hours after we found out that Adam and Alison's killer was someone who had been a journalist, I had one thought -- he wasn't one of us.

The evil that slithered up behind them as they tried to simply do their job was not one of us.

I consider myself somewhat of an expert on us.

I do not delude myself. We are not curing cancer. Some of us have egos the size of Donald Trump. Some of us just really, really like being on TV.

But most of us, the VAST majority of us are the same. 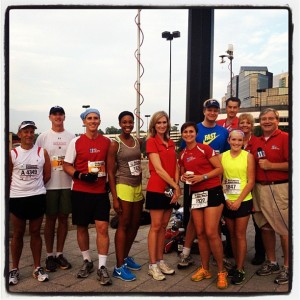 People who try mightily to get it right

We are the same in that we will never get rich doing this. Many of us qualified for food stamps in our first TV jobs and spent a decade trying to hit the $40,000 mark.

We are the same in that we will live in cheap, crappy apartments in cities where we don't know a soul, schlepping off to work in our TJ Maxx clearance TV clothes, hoping to do a good job, so we can move up to the next slightly better paying job, where maybe we can afford to shop at Macy's.

We are the same in that we miss major life events. You name it. Funerals and births, first words and first steps, Christmas and Thanksgiving, reunions and anniversaries.

We are the same because we are used to people calling us the mainstream, lame stream, left wing, right wing media.

People swear we have an agenda, a bias, a slant, an angle. They stop us at the grocery store and give us a piece of their mind about us, critiquing our looks and our reporting, telling us we need to fire this one or that one. As we're trying to find a cereal on sale, they accuse us of being in bed with the Mayor/Obama/FOX News/Muslims/Christians/CNN.

It's enough to make you wonder, who in the hell would want to do a job like that?

Because deep down inside, we are the same in believing that we can make a difference.

We can change things.

We can expose rot.

We can give a voice to the voiceless.

We can make people happy.

We can make them angry.

We can be the catalyst for change.

We are the ones at the shooting, the city council meeting, the hospital bedside, the big high school game, the war zone, the grieving family's living room.

We take what we hear and I swear we do our damndest to regurgitate it back to you the best we can.

We want you to know what we know.

I didn't know Alison Parker or Adam Ward, but I would bet they entered this business with an idealized, deep desire to make the world a better, more informed place. They wanted to tell good stories. They wanted to be part of the change.

One person, a Glock and possible GoPro-toting person, stole the promise of their lives, ensuring they would experience no more 'firsts,' of any kind.

I beg of you to remember one thing.

He was not one of us.

This post was originally published on Jaye Watson Online.