If there's anyone who knows life's ups and downs, not to mention it's lows and highs, it's Toronto Mayor Rob Ford.

So it's only fitting that he hit a local park with his brother, Doug Ford, where the two took a ride on a seesaw.

Here's the mayor, who recently completed a two-month stint in rehab for drug and alcohol abuse, on his way up:

And here's the mayor hitting bottom, this time literally:

But the pictures really don't tell the whole story. Watch the video, above, and see the two Fords horsing around at The Elms Park, where a new dinosaur-themed playground was built, according to the CBC.

The two even joked about their childhood seesaw games.

"I'd sit all the way down, he'd be up in the air and I'd just jump off and let him go bang," Doug Ford told the CBC. 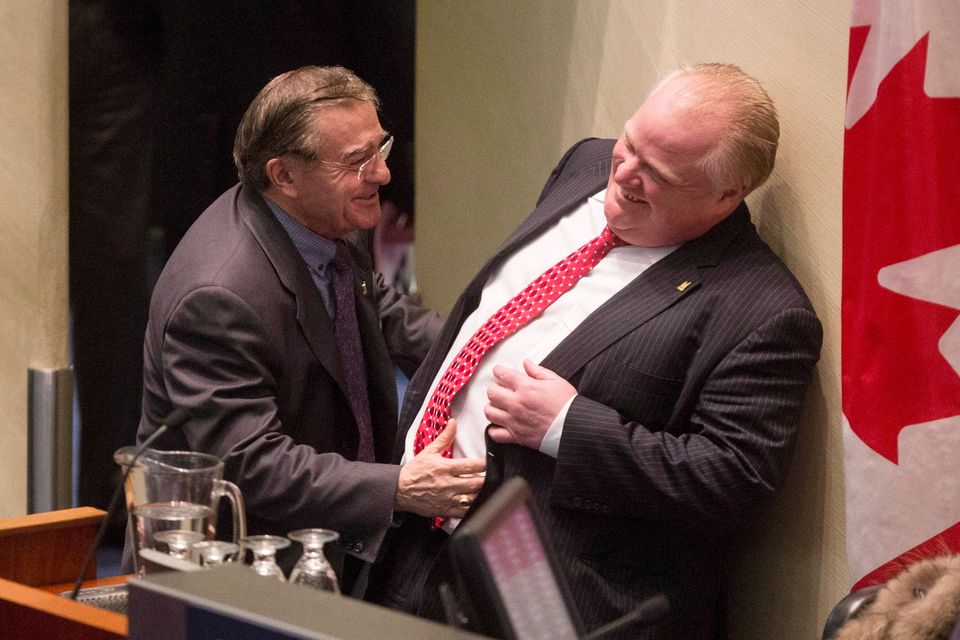 1 / 67
Toronto's controversial mayor has said sorry an awful lot over the last year. Here are just a few of his more memorable apologies. With files from The Canadian Press
CP