As the title of his new book suggests, it's good to be Rob Gronkowski. The 26-year-old New England Patriots tight end twerks around Bill Belichick during games and gets Tom Brady to dance to "Trap Queen." Instead of going through the motions of NFL life, he's dancing his ass off. His spirit is infectious too -- did you see when Obama told Gronk to keep his shirt on? Wherever Gronk goes, the going gets Gronk.

Were there some dark points in Gronk's life that were detailed in the autobiography, ﻿It's Good to Be Gronk? Sure, but Gronk's not about to let those times hold him down, and neither are we. Instead, we decided to pull out the 16 Gronkiest passages from the book without any context whatsoever. Yes, we read the entire thing so you don't have to. You're welcome, America. You're welcome.

1. Gronk and the babysitter

The trumpet wasn’t the only thing I threw. One time I threw a fork at Dan. I can’t even remember why, but I missed him anyway. The problem was I hit the babysitter with it and it stuck into her hand.

2. Gronk and a penis drawn on a face

What my dad was laughing about was that Sweet Pete had come downstairs with a huge penis drawn on both sides of his face. On his forehead it said, “I love dick!”

3. Gronk and that House Of Pain song

As soon as we walked into the bar, the song “Jump Around” came on, and I was so fired up I just instinctively started jumping up and down as high as I could. My head actually hit the chandelier and although it hurt a little, I thought it was funny and so did everyone else, so I kept jumping.

So actually, even when I am partying, I am working out.

The ladies loved doing the slide but couldn’t go headfirst. They had to slide feetfirst on their backsides because otherwise their chests caused too much resistance and slowed them down.

I went shopping for the family, and for Gord I bought a thong at Victoria’s Secret.

7. Gronk gets the munchies

I was always hungry by the time we came back for the after party, so for whatever reason, one I really can’t explain, every party night you could find me cooking scrambled eggs totally naked at 2 or 3 a.m.

I was sleeping 18 hours a day, in fact. That might sound appealing but it wasn’t.

9. Gronk and his conscience

The only time the scary thoughts got in my head was at night but by then I was too exhausted to do anything but sleep.

It was a brief introduction, on the fly as he was walking through. I couldn’t know it at the time, but that would end up pretty much the nicest he was to me over the entire year.

11. Gronk and an equally sized woman

There were a lot of hot, sexy Mexican ladies there but I picked out the largest, healthiest-looking one; she had to be 260 pounds, like I was ... After ten seconds of me dancing on top of her in the chair, the collective 520 pounds of the two of us collapsed the folding chair. We crashed to the ground and I was on top. The crowd exploded with laughter. I got up and continued dancing (or twerking) to that mariachi music. That was the best 30 dollars I ever made!

12. Gronk parties his tab off

I looked like I had just seen a ghost. My dad had been having as much fun as anyone until that happened, since he’s so used to his boys being crazy and stupid, but now he just said, “Well, that’s not good.” The owner of the bar came racing over and said to Mojo, “Did you even see what you just did?” My dad calmed the guy down and smoothed it over. Chris, Mojo, Gord, and I got crazy all over again and the crowd got so out of hand that the owner loved it and didn’t make us pay for anything. That is a typical outcome and lets us get away with taking our shirts off and causing a decent amount of damage here and there.

﻿13. Gronk ﻿and his secret to success

When the girls see us dancing, they try to keep up and hang with us, but they can’t. We dance so fast, so hard, they can’t resist the challenge of partying like we do. Nothing gets girls more ready to party than dancing.

Well, we didn’t know it at the time, but one of the other members of the crew had left a surprise in the bag for us. Evidently someone couldn’t find the toilet and took a dump in it.

The whole place went silent. Mojo and I were scared to touch her and pull her out of the glass, because we didn’t want to make things worse. I was scared she was dead. Mojo and I looked at each other and were like, “Oh shit!” Thank God she started moving. We helped her to her feet. But she was bleeding and all messed up. Everyone was still silent and in shock. Then she threw her hair back and yelled, “Give me another shot!”

The next morning our suite was totally annihilated. There was a fifteen-foot spider crack in the middle of the green marble floor and no one could figure out how that could happen to such a hard surface. The huge square couch that we used as a wrestling ring had blood, alcohol, and chocolate all over it. The TVs were shattered. There was a TV in the hot tub, fortunately not plugged in. There were teeth sitting on the counter and we still don’t know whose they were.

The 16 Gronkiest Passages From 'It's Good To Be Gronk,' Presented Without Comment
Super Bowl Coaches Get Gatorade Baths 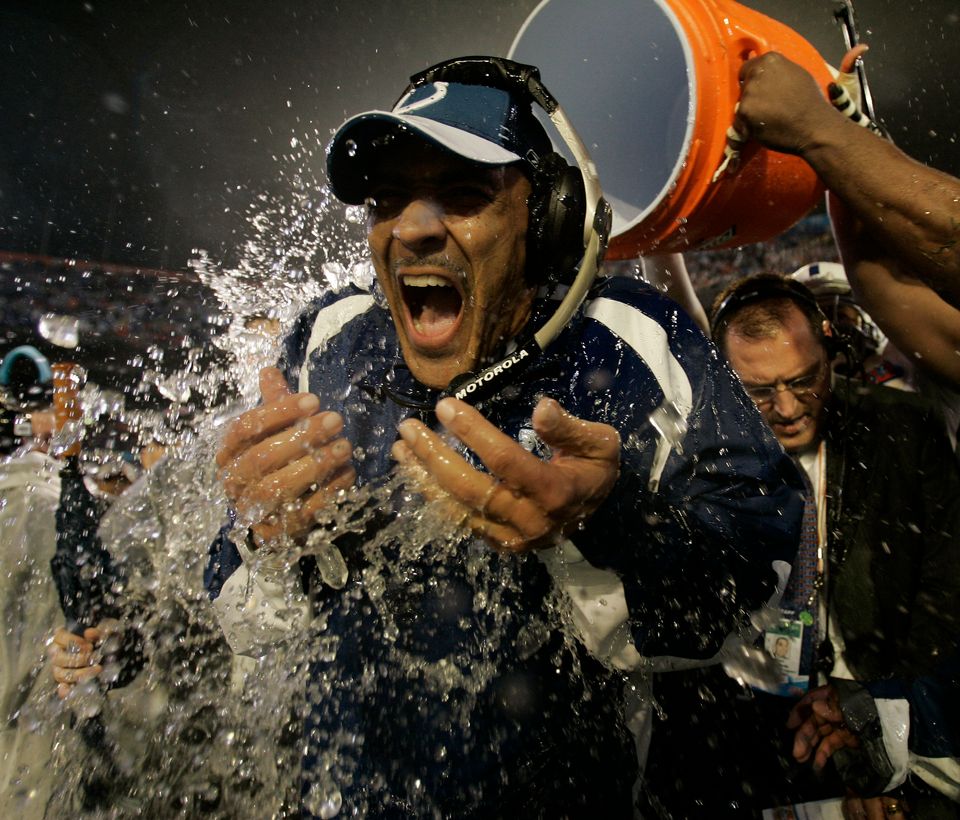