LA Galaxy's Robbie Rogers got a special shout out from President Barack Obama during the soccer team's visit to the White House this week.

Obama praised Rogers, who came out in 2013, for "blazing a trail as one of professional sports' first openly gay players" when the LA Galaxy was honored as the top team in Major League Soccer at the White House on Feb. 2, alongside the Los Angeles Kings, which nabbed hockey's most prestigious award, the Stanley Cup.

"My guess is that, as an athlete, Robbie wants to win first and foremost — that’s what competition is all about," Obama told the crowd in the White House's East Room, MLS Soccer reports. "But, Robbie, you’ve also inspired a whole lot of folks here and around the world, and we are very proud of you.”

Rogers, 27, said he hadn't expected any special praise, but called the experience "a really special moment" that he'll forever cherish.

"Just for him to mention where I’ve come from is special for me,” Rogers is quoted as saying. "There is a long way to go for the LGBT community. It’s slowly getting there. It’s changing. Slowly, it’s changing.”

The athlete also shared an image of himself on the lawn of the White House on Instagram:

Last year, Rogers told HuffPost Live that he was "surprised" that so few professional sports stars had followed his lead by coming out.

"That's always been a little weird to me," he said at the time. 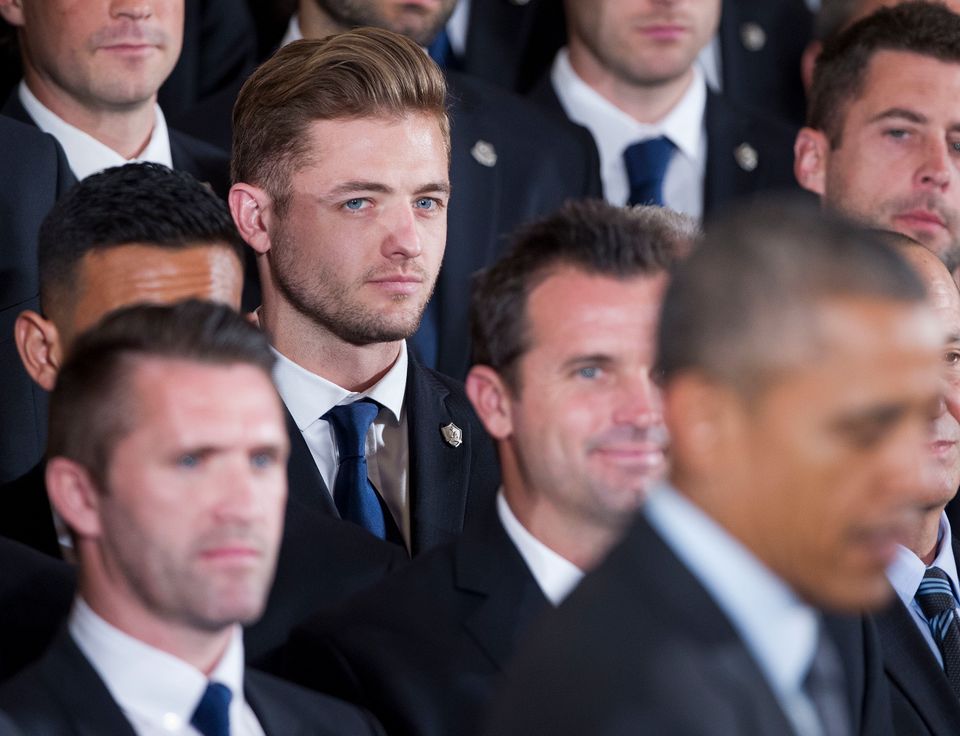