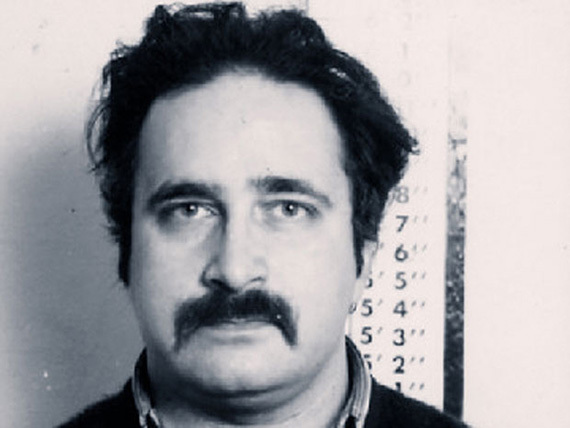 April 2, 1988. The day before Easter Sunday. A naked man with a dog collar around his neck leaps from the second-story window of a house in Kansas City's Hyde Park neighborhood. A neighbor finds the man crouched on his porch and calls 911. When police break open the unassuming white house on Charlotte Street, they find a torture dungeon like something straight out of a horror movie.

Inside the home, the police found more than 200 Polaroid photos and detailed "torture logs" documenting the kidnapping, torture, and eventually murder of at least six young men -- most of them male prostitutes -- between 1984 and 1988.

They also seized torture devices, an extensive library on witchcraft and the occult, a "Satanic ritual robe," and a human skull in an upstairs closet. That weekend, residents in the quiet neighborhood were awakened to the sound of the police excavating the home's backyard, where they found bone fragments and an additional human head.

The house belonged to Robert Berdella, the man who would become Kansas City's most notorious serial killer. Prior to his arrest, Berdella was that serial killer cliché, someone neighbors described as a nice man who kept to himself. He helped start a neighborhood watch program, had worked as a chef, wrote restaurant reviews for the Kansas City Star, and ran his own booth at the Westport Flea Market.

Called Bob's Bizarre Bazaar, the booth was a Kansas City fixture that sold everything from human skulls and shrunken heads to occult books and antiques. On the weekend that Berdella was captured, the Final Four tournament was happening in Kansas City, and Berdella displayed 4 human skulls -- some say actual skulls, but more likely only models -- in the window of Bob's Bizarre Bazaar, along with a sign that read: "The Final Four."

In spite of the overwhelming and gruesome evidence found in Berdella's Hyde Park home, he was initially only charged with "sodomy, felonious restraint, and first-degree assault." It took time for the authorities to realize the extent of Berdella's crimes, because the majority of his victims' bodies were never found.

The list of atrocities that Berdella perpetrated on his victims would not be out of place in a movie like Saw or Hostel, including applying bleach to their eyes with cotton swabs, injecting their vocal cords with drain cleaner, and gouging one victim's eyes out "to see what would happen." Once they were dead, he dismembered the bodies in his bathtub and put the body parts out for the garbage men. If his seventh victim hadn't escaped, there's no telling how long he would have gone on killing.

Once Berdella's case became public knowledge, popular rumor would have it that he cooked and served some of his victims as food at his shop, though there is no actual evidence to suggest that was the case.

After his arrest, Berdella cited the 1965 film adaptation of John Fowles' novel The Collector -- in which a man kidnaps a young woman and holds her captive in his basement--as an inspiration to his murders -- which Berdella called "my darkest fantasies becoming my reality."

Berdella's own crimes inspired their share of movies, books, and even songs. A local radio personality wrote a parody song called "They Call Me Bob Berdella" to the tune of Donovan's 1966 hit "Mellow Yellow." The parody played on local radio stations, which also gave out prizes to listeners who attended events wearing dog collars.

In one of the only interviews he ever gave before his death, Berdella expressed his displeasure over the songs and the media coverage of his murders, claiming that the media "dehumanized" him just as he had dehumanized his victims. Berdella referred to himself as "the neighbor next door, who reached a point in his life where he could do monstrous acts; that's not the same thing as being a monster."

Robert Berdella died of a heart attack in prison in 1992, after writing letters claiming that prison officials were not giving him his heart medication. Other accounts have since implied that Berdella was poisoned while behind bars, but no official investigation of his death was ever conducted.

For whatever reason, Berdella never attained the national notoriety of killers like Ted Bundy, Jeffrey Dahmer, or John Wayne Gacy. These days, he is largely forgotten outside of KC, but those who grew up around here can still remember where they were when they first heard about the Butcher of Kansas City. If you go to the Westport Flea Market today, there is no plaque or sign to commemorate where Bob's Bizarre Bazaar once stood, but most locals can still point it out. 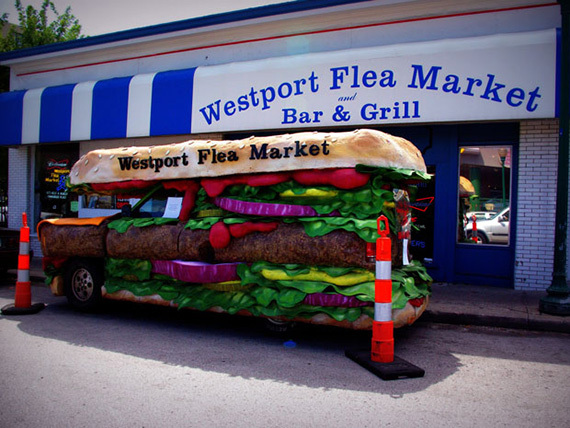