Yo dawg, we heard you liked mugshots.

Robert Burt of Pittsfield, Maine was arrested for drunk driving in June. When the 19-year-old was booked into the Somerset County Jail August 8 to serve a two-day sentence, he was sporting a T-shirt that featured an image of the mugshot taken at his June arrest, the Smoking Gun reports.

In the mugshot taken at the August booking, can be seen holding the slate in such a way that his shirt is visible. 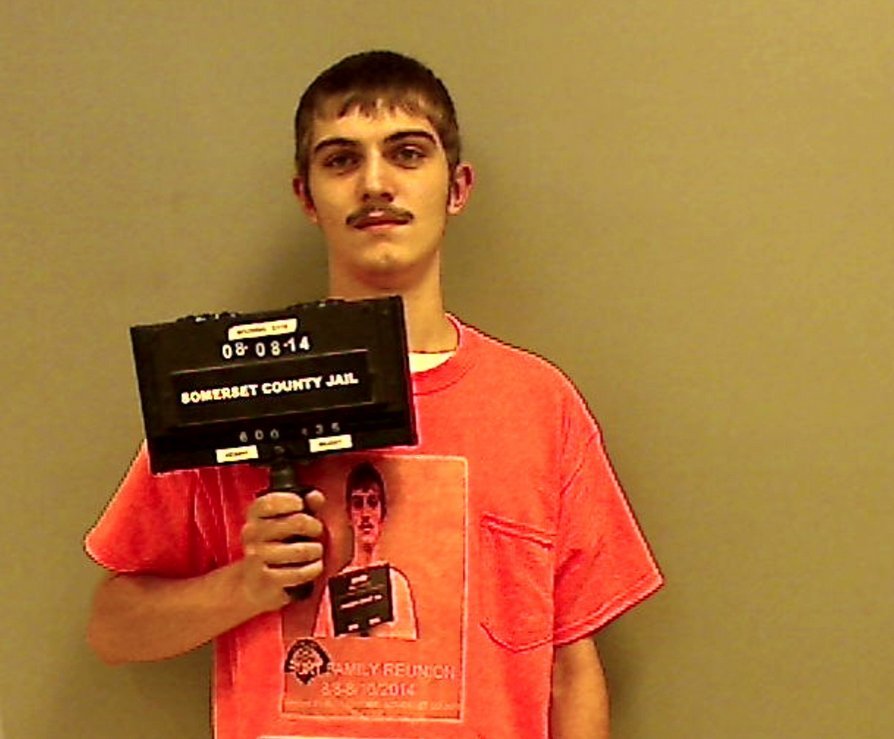 According to the Smoking Gun, Burt said jail officials told him to hold it that way.

The T-shirt, which was created as a gift by one of Burt’s coworkers, included the words “Burt Family Reunion 8/8-8/10/2014,” a reference to one of Burt’s family members who was also spending time at the jail.

The T-shirt also included a photo of an overweight cat posed with a beer, though the boozy feline was not visible in Burt’s new mugshot.

After his release from jail, Burt announced “I’m out bitchs [sic]” on Facebook, then, two days later, made his new mugshot his profile picture.

Burt’s hottest competition for “best mugshot attire” are the alleged drunk driver pictured with a “Drunk as Sh*t” shirt, and the other alleged drunk driver who was pictured after his sixth DUI charge wearing a shirt that read “Free Breathalyzer Test: Blow Here” with an arrow pointing directly at his crotch.

Mugshot Within A Mugshot Is Incarception (PHOTO)
Unforgettable Mug Shots