There is always something special about a beautiful summer night when the heat is not too hot, the humidity is moderate and there's a lovely breeze. And when this lovely night is the setting in which there is wonderful music, it turns from merely lovely to perfect. 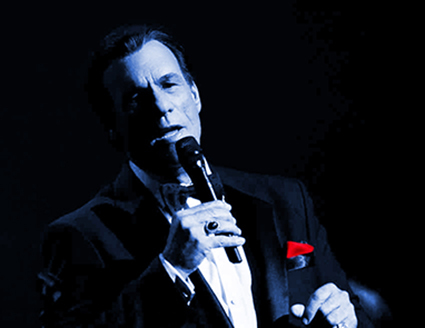 Such was the case last week on July 19, when singer Robert Davi came home to Long Island to perform his show, "Davi Sings Sinatra," in Long Island's Eisenhower Park.

The precise venue was the Harry Chapin Lakeside Theatre, obviously named in honor of cherished Long Island native son Harry Chapin (1942-1981). He was killed in a car accident and was scheduled to perform a free concert in Eisenhower Park the day he died.

In recognition of the critical importance of culture to a community, incumbent Nassau County NY Executive Ed Mangano has continued the free summer concert series. Both last year and this, he invited Davi to participate. Last year, Davi drew 10,000 people. This year, between 11 and 13,000.

Opening the show were virtuoso pianist Svetlana Smolina and comedian Dave Konig, a three-time Emmy winner. They were both terrific. So, by the time the star appeared, the audience was primed for more first-rate talent. And that is what they got.

Backed by a lush 21-piece orchestra assembled by musical promotion icon Len Triola, Davi performed 28 songs. As he is one of -- if not the -- leading interpreters of Sinatra's Great American Songbook, which he calls "the Shakespeare of America," each song meticulously performed and researched. Davi not only sings, but takes the trouble to talk a bit about each, mentioning the composer(s) and, where appropriate, the origin of the song.

It is crystal clear that he loves the music he's performing. When he sings "The House I Live In," for example, he talks about how, in 1945, responding to the rising post-war tide of anti-Semitism and racial prejudice in this country, Sinatra made a 10-minute documentary when he addressed the topic and sang the title song with lyrics written by Lewis Allen and music by Earl Robinson.

Sitting in front of us was an older gentleman wearing the uniform of the veterans' group he belongs to. As Davi sang, he sang along and he was quietly weeping.

The setlist -- "World on a String;" "How Little We Know;" "At Long Last Love;"
"The Tender Trap;" "Second Time Around;" "Nice Work if You Can Get It;" "All the Way;" "Fly Me to the Moon;" "Day In Day Out;" "Summer Wind;" It Was Just One of Those Things;" "It Was a Very Good Year'" "I Love My Wife;" "Come Fly with Me;" The "House I Live In;" "You Make Me Feel so Young;" "Pennies from Heaven;" I Have Dreamed;" "Luck Be a Lady;" "One for My Baby;" "The Best Is Yet to Come;" "Old Man River;" "River Stay Away from the Door;" I've Got You under my Skin;" Send in the Clowns;" "That's Life;" Encore: "New York, New York" -- was all-encompassing. There were the classic hits and, also, the more obscure numbers. One of the latter was the Cy Coleman-Michael Stewart title song from their surely 1977 Broadway show, "I Love My Wife." It all was surely pleasing to Sinatra fans and those who aren't familiar with his work alike.

That the audience really appreciated the evening was proven by the ovation, along with the laudatory comments and conversations heard after the show. People were already talking about wanting a repeat event next year. The evening, by the way, must have been most pleasing to Davi, because it took place on Long Island and that is where he grew up. He talked several times during his show about what the place does mean now and meant to him growing up there.

Davi sang "It Was A Very Good Year," composed in 1961 by Ervin Drake. Drake, now 95 years old, was in the audience. He has said, "Robert Davi would make a worthy successor to the incomparable Frank Sinatra, whether in the fields of Stage, Screen or Television. And having been chosen years ago by the Master himself, to act in a film side by side with him, this is not a vain pronouncement." The show that evening proved that.

On his home turf that evening, Robert Davi proved once again he is a master of his medium, the possessor of a rich voice. Years of vocal study have honed and refined that voice so that it is a marvelous instrument.

To find out where you can see Robert Davi, check out www.davisingssinatra.com. Meanwhile, look for him in Expendables 3 opening nationwide August 15.