Sherlock Holmes has, for centuries, been entertaining audiences with his intelligence, resourcefulness and wit. And his disguises.

Enter Robert Downey, Jr., who took on the role of the title detective in the 2010 Guy Ritchie-directed film adaptation of the legendary Sir Arthur Conan Doyle book series. The star brought a new spark of comedy to the classic detective, eliciting laughs amidst the rapid fire action in a steam punk version of Britain. The film won great raves, and in the upcoming sequel, it looks to be more of the same -- with some of those fantastic disguises providing some of the best laughs.

Already in the trailers, we've seen Downey Jr. in a preposterously (and admittedly) terrible dress, confirming that the very handsome leading man was meant to be just that. Now, in photos captured from the set, we see that Ritchie has his hero going multicultural -- to great comedic effect. 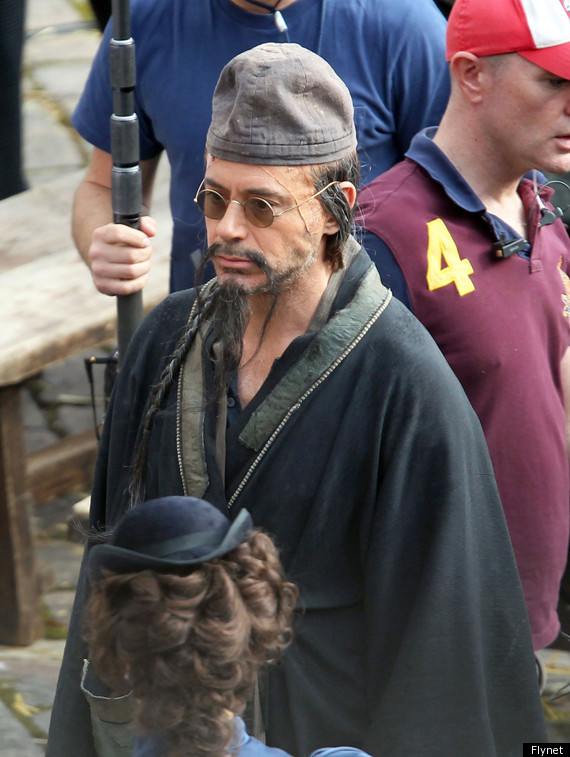