While Robert Glenn Ketchum's name recognition can be debated, his impact on the world cannot. According to American Photo Magazine, he is "the most influential photographer you've never heard of." 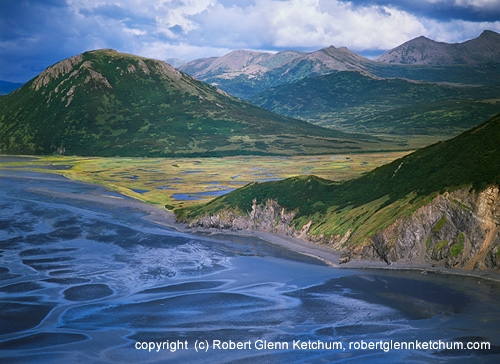 In fact, among conservationists, he is renowned for his 35-year history of photographic activism on behalf of some of the most threatened landscapes in the world. From the Hudson River Valley to California's Big Sur coast to Alaska's Tongass rainforest to Ohio's Cuyahoga River Valley to Laguna San Ignacio in Baja California and, most recently, to Bristol Bay in southwest Alaska. For his work, he has earned a long list of significant accolades, awards, and recognition, leading to his selection last year by American Photo for a Master Series profile previously reserved for the photographic firmament of Avedon, Leibovitz, Cartier-Bresson, and Helmut Newton.

What William Henry Jackson, Ansel Adams, and Eliot Porter were to their generations of photographers, Robert Glenn Ketchum is to ours. He is an artist whose passion for conservation has led him to become one of the world's most effective defenders of our natural heritage, using his extraordinary photographic talents to convey the beauty and the peril of places that we, as a society, cannot afford to lose. The photos featured here are only a few examples of his work.

Fifteen years ago I had the privilege of working with Robert Glenn Ketchum to protect the last undisturbed breeding and birthing lagoon of the Pacific gray whale at Laguna San Ignacio -- a UNESCO World Heritage Site targeted by Mitsubishi Corporation and the Mexican government for construction of the world's largest industrial; salt factory. The project was defeated in March 2000, and the lagoon remains today one of the natural wonders of the planet. 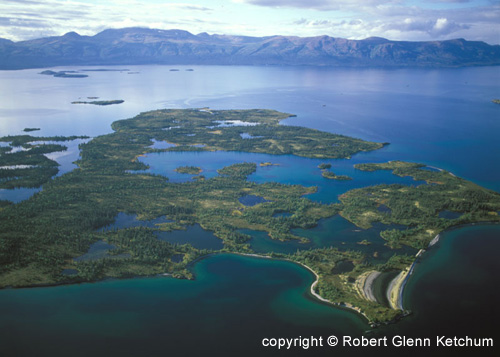 Most recently, we have joined with Ketchum to fight the proposed Pebble Mine in the wild lands of southwest Alaska -- an outrageous scheme by a consortium of foreign mining companies to build one of the world's largest gold and copper mines at the headwaters of the incomparable wild salmon fishery of Bristol Bay. For thousands of years the salmon have sustained the people and wildlife of Bristol Bay, and today they are the heart of a fishery that generates an estimated $450 million annually and thousands of jobs. Whatever your perspective on mining, it is difficult to imagine a worse location anywhere for a project of this kind. 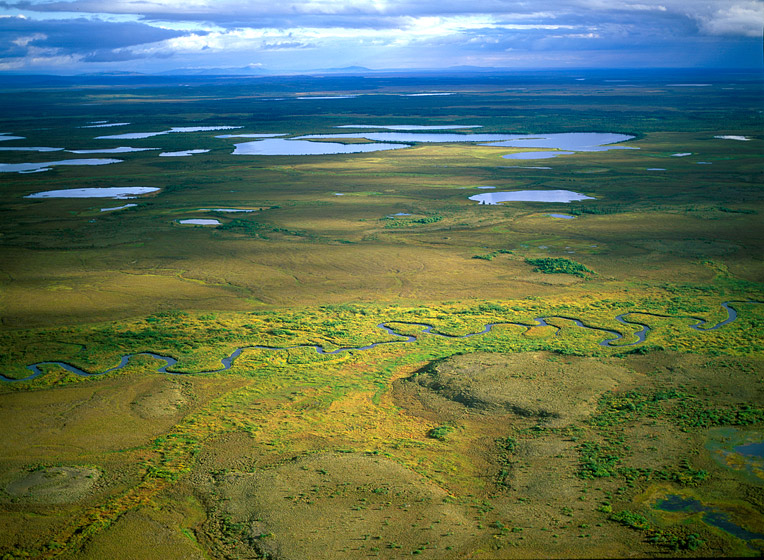 In support of a unique coalition of Alaskan Native communities, commercial and recreational fishermen, hunters, businesses, and environmentalists, Ketchum has thrown himself into the fight against the mine, photographing the region, publishing photo books, giving lectures, speaking to reporters, lobbying federal officials, and generally doing everything he can to raise awareness of the region and the threat posed by the Pebble Mine. Visit his website at www.robertglennketchum.com and see for yourself.

NRDC has a long history of association with Robert Glenn Ketchum, and we are proud once again to be working closely with him. The Pebble Mine is one of the most glaring examples in the world today of a project whose fate will spell the future of our planet, for better or worse. NRDC and its members are determined to do all that we can to stop it.

Join Robert Glenn Ketchum, NRDC, and the people of Alaska. Take action now to stop the Pebble Mine.