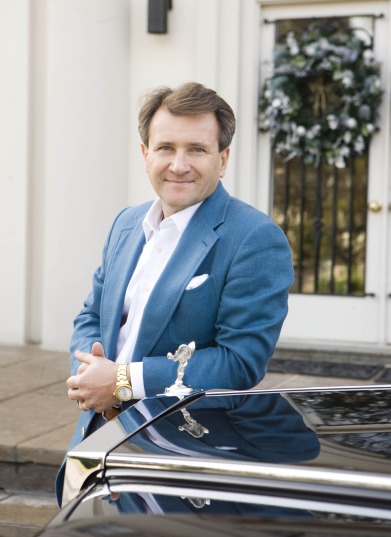 Robert Herjavec, successful entrepreneur and one of the buyers from the hit ABC series Shark Tank, took some time to talk with me about his love of cars. A rich businessman who collects cars -- I know what you are thinking... shocking. Alas, that strong exterior has a nostalgic soft interior. I learned it's not always about the ability to write a check that spawns collections...

RH: I've interviewed numerous celebrities that love collecting cars. Tell me, what is the attraction?

HERJAVEC: I always tell people I am not as much a collector as I am a driver. I have friends that collect cars and keep them for a long time. I, on the other hand, am more into speed and performance. Older cars tend to drive like older cars. That is not for me.

It started with being an immigrant and coming to Canada at 8 years old. I came from a communist country where there are no luxury cars. I remember seeing a Cadillac for the first time and I asked my dad was it was. He replied back with "Don't you worry about it. That's only something for rich people." At the time, I didn't realize we were poor.

I really love to drive. Long before I had money, my passion for cars was there. Before, it was an old Trans Am; now something with a little more pickup! 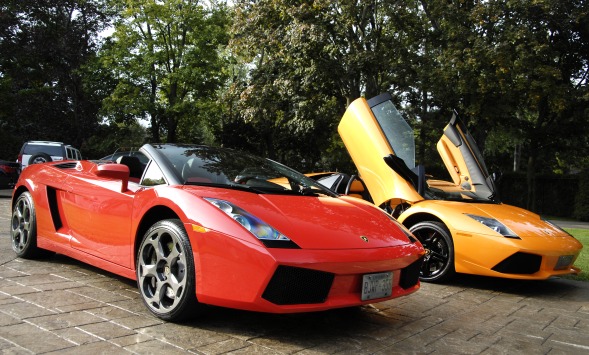 RH: When adding another car to the collection, do you have an advisor, or do you know enough about cars at this point you feel comfortable buying on your own?


HERJAVEC: I do it all myself. I am pretty plugged in. I love reading and researching. I don't see it as work either. I could talk cars 24 hours a day.

RH: I'm sure you are fond of all of your cars, each for a different reason. Which one is the Most special to you and why?

HERJAVEC: My Ferrari 599 GTO. It is one of only 599 made. Extremely rare and is as close to a race car as you can get being a street car. It's all about the performance that makes me love this car. It is so well made. It's actually a little bit challenging to drive. I know the president of Ferrari. So when I went looking for one, he is who I called. 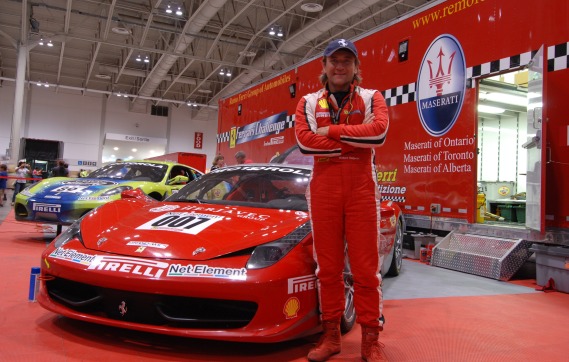 RH: What was your first major acquisition to the collection and can you tell me the circumstances surrounding how you acquired it?

HERJAVEC: My first significant purchase was a 1986 Ferrari Testarossa. It was the first year they came to North America with the "Miami Vice mirror." It took me years to save up enough money to buy it, and it was pre-owned. I vividly remember the day I bought it. The dealer shut the showroom down and brought out a bottle of wine. It was an unbelievable moment in my life.

Later, when I was making more money, I sold the car. Even though it was a Ferrari, that model was not a very high performance car compared to others.

When my son turned 18 I wanted to do something significant for him. I brought him home from the hospital in the Testarossa. I hired an investigator to find the car, and then hired an actor to go buy it. I had it restored to its original condition. When my son turned 18 years old, I showed him a photo of the car. I explained to him "This is the very first motorized vehicle you were in." I then proceeded to open the garage and gave him the car. 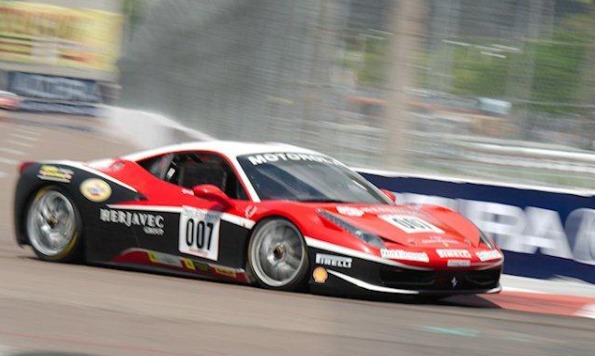 RH: Can you share your most memorable car experience, outside of your recent Ferrari crash...

HERJAVEC: By far this is the most memorable... When I sold my first business I wanted to do something nice for my dad. I wanted to give my parents a bunch of money but they wouldn't take anything from me. They were so happy for me; they felt they didn't need money. I called my dad and told him I was building a fence. I asked him to come with me to the hardware store. On the way, I tell him I want to go to this coffee shop. It just happened to be across the street from Cadillac dealership. Next I tell him I want to check out the new Cadillacs so we walk over. We get inside the dealership and there are no other cars on the showroom floor except a pearl white DeVille Cadillac in the middle of the showroom floor. I asked him "What do you think?" and he says "Oh it's beautiful!" I tell him to check out the inside, go sit in the car and he says "No, I can't!" Finally, I get him to sit in it, and he says " One day" and I pull down the visor and the keys come out and I say "Today is that day!"

About six months later, I am at his home and ask where the car is? I'm told it's in the garage. I notice there are only 2000 miles on it. I proceed to ask if there is anything wrong with the car. Is it broken? My mother smiles and tells me that my dad is so proud of the car he will barely drive it.

A few years ago he passed away and as I was going through his things I noticed the car still had very few miles on it. He had the car for 10 years. It was always the validation for all the sacrifice he made to leave a communist country.

I took the car and had it completely refurbished, and now my son drives it. I feel it's a real generational thing.

Thanks Robert! I love the walk down memory lane, not just for you, but your father AND your son.

Bookmark his website to keep up with all his future shows, racing events and more:
http://robertherjavec.com/

Tune in Friday, September 14th for the season premiere of Shark Tank
http://abc.go.com/shows/shark-tank