An upcoming exhibit at the J. Paul Getty Museum in Los Angeles is bringing together the controversial oeuvre of photography provocateur, Robert Mapplethorpe. The American artist, remembered for his highly stylized portrayals of nude men and sexually charged flowers, will be celebrated in a new show titled, "In Focus: Robert Mapplethorpe." 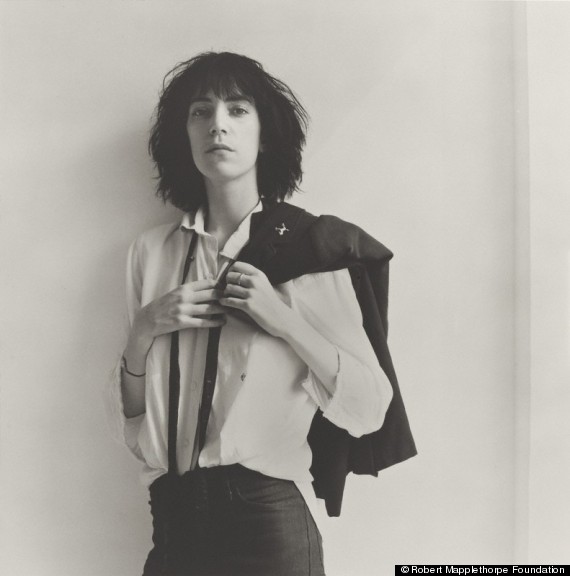 The exhibit showcases 23 images captured by the artist during the 1970s and 1980s, including a number of last edition prints, rarely seen mixed-media projects, and Mapplethorpe's signature Polaroids. The collection sweeps the spectrum of self-portraits, nudes and still lifes beginning with Mapplethorpe's early collaged work, demonstrating the artist's tendency to deconstruct the sexual, fetishistic images of magazines apparent in works like "Leatherman #1" and "Banana & Keys." The latter piece, a 1973 shadow box construction, reflects both the homoerotic iconography Mapplethorpe gravitated toward as well as the influence of his idol and predecessor, Andy Warhol.

The mid-1970s marked the period in which Mapplethorpe turned almost exclusively to photography, shooting black and white portraits of close friends, models and himself. The Getty exhibit features a number of key works from this era, including Mapplethorpe's now-famous photograph of Patti Smith. The longtime friend and sometimes lover of the artist is shown in men's attire, outfitted in the androgynous stylings for which Mapplethorpe was famous. These intimate portraits are contrasted with the classically staged images he created a decade later in the 1980s. Reminiscent of the poses of ancient Greek art, Mapplethorpe's nude bodies of varying skin tones are seen arranged in pieces like "Ken and Lydia and Tyler" that provide striking visual representations that defy gender or racial categorization. 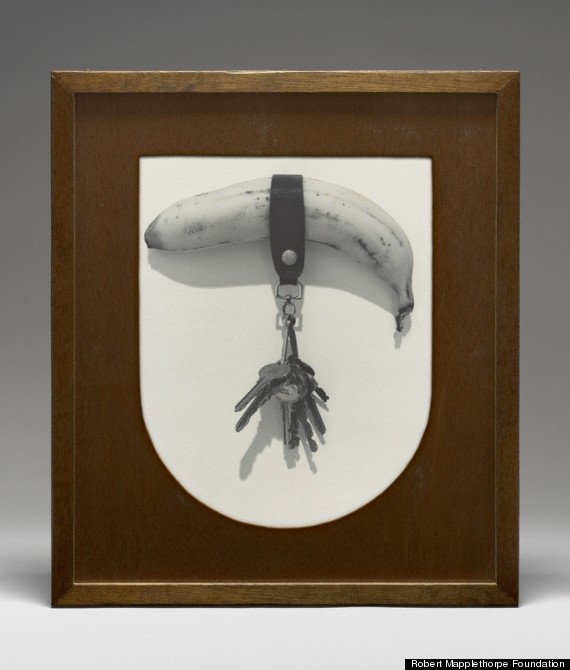 In total, the Getty exhibit, which will be shown concurrently with an exhibit of Mapplethorpe's famed X, Y and Z portfolios at the Los Angeles County Museum of Art, is a comprehensive review of the art star's career, presenting the breadth of content hidden behind his monochromatic works of contemporary fine art. "The mixed-media objects and Polaroid snapshots in the exhibition demonstrate the struggle of a budding artist to find his proper medium of expression and develop his aesthetic vision,” wrote Paul Martineau, associate curator of photographs at the Getty Museum, in a press release for the exhibit. “However, the carefully crafted gelatin silver and platinum prints make evident Mapplethorpe’s mature style as well as his eye for prints of the highest quality and beauty.”

Scroll down for more images from "In Focus: Robert Mapplethorpe." Let us know what you think of the exhibit in the comments section.