Ever since he accepted the role of Edward Cullen in "The Twilight Saga," Robert Pattinson has catapulted into fame, becoming one of the most talked-about celebrities on the planet.

But in his mind, the 27-year-old is still the struggling actor from London trying to make ends meet.

In a new interview with Australia's Sunday Style (via Gossip Cop), Pattinson opens up about his personal life and admits that being a Hollywood star is not all it's cracked up to be.

“I just didn’t expect any of this and I didn’t ask for it,” the actor says of his worldwide success. “It was literally all luck. I just stumbled from job to job.” Still he admits that being a global sensation has its drawbacks. “It’s difficult to remain sane. It’s really difficult.”

“In the beginning I didn’t even notice my life had changed so massively, because I was always working. I suppose eventually I got used to it,” he explains, adding that the lack of privacy took a while to adjust to.

As did his red carpet appearances, which Pattinson says still give him severe anxiety.

“I get a ton of anxiety, right up until the second I get out of the car to the event, when suddenly it completely dissipates. But up until that moment I’m a nut case,” he tells the magazine, continuing, “Body dysmorphia, overall tremendous anxiety. I suppose it’s because of these tremendous insecurities that I never found a way to become egotistical. I don’t have a six-pack and I hate going to the gym. I’ve been like that my whole life. I never want to take my shirt off. I’d prefer to get drunk.”

Pattinson would also prefer to surround himself with people he can trust, admitting that “there’s not very much that really bothers me" when it comes to relationships.

“I don’t ever feel the need to forgive or expect people to be. I judge people on their actions. I don’t really care if it’s wrong or right, I give them the benefit of the doubt. If they do something I can’t be bothered to deal with, I just cut them out," Pattinson confesses, explaining that when it comes to romance, he's an emotional guy.

“I’m quite sensitive, and I do like a bit of grand gesturing, but that’s just my ego," Pattinson, who of course dated co-star Kristen Stewart for nearly four years, says. "I like to give people presents and I think of myself as the best gift giver, but only because I get stuff for myself and then make it work for the other person." 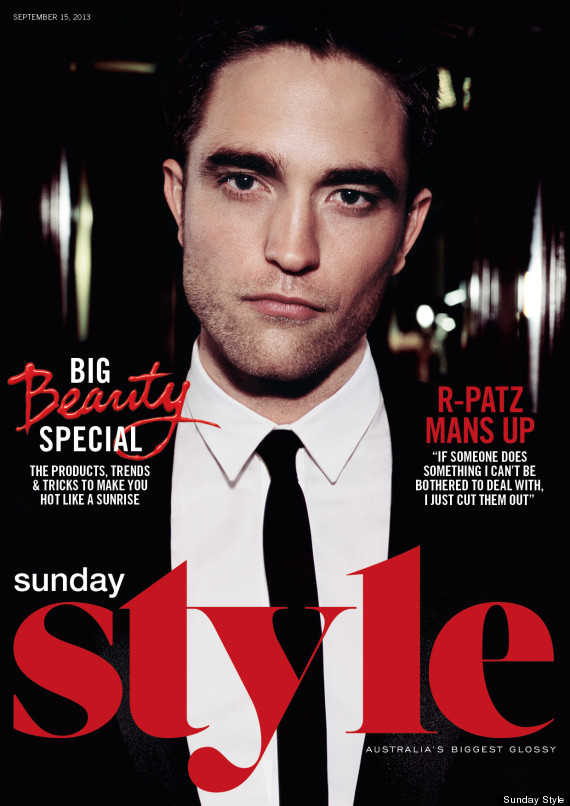