It's been a tough week for Robert Pattinson. Not only is he having some serious relationship problems with Kristen Stewart, he's having to deal with them in the public spotlight.

So where does one go to escape from the drama and mend a broken heart? To his pal and "Water for Elephants" co-star Reese Witherspoon's house, of course.

According to People, Pattinson has been hiding out at Witherspoon's Ojai, Calif., vacation home since he was reportedly blindsided by news that Stewart had cheated on him with her "Snow White and the Huntsman" director, Rupert Sanders.

"There was no sign that either of them was unhappy," a source close to the actor told People. "He would have done anything for her."

News broke on July 24 that all was not well between KStew and RPatz -- and Us Weekly had the photos to prove it. Intimate shots of Stewart and Sanders taken at a local lookout point hit newsstands July 25 and Stewart quickly responded with a heartfelt -- and very public -- apology to Pattinson, telling the world: "I love him, I love him, I'm so sorry."

Sanders, who is married to British actress-model Liberty Ross, with whom he has two children, followed with a public apology of his own.

So far, there has been no word from Pattinson, though he reportedly asked Stewart to move out of the Los Feliz, Calif., home they share. Moving vans were spotted outside the property over the weekend.

For more on Pattinson's heartbreak, head over to People.

Check out a photo of Witherspoon's Ojai, Calif., home below: 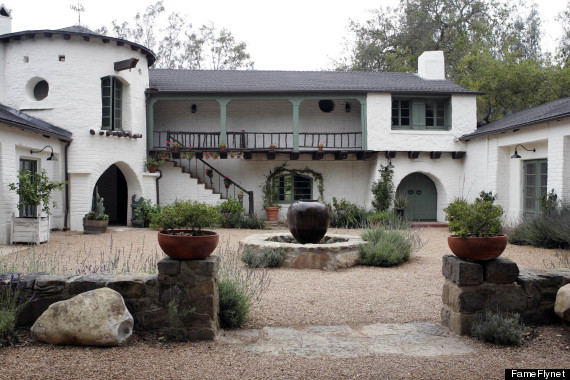